by Doug Bandow
Mary at T-Comms/Shutterstock.com 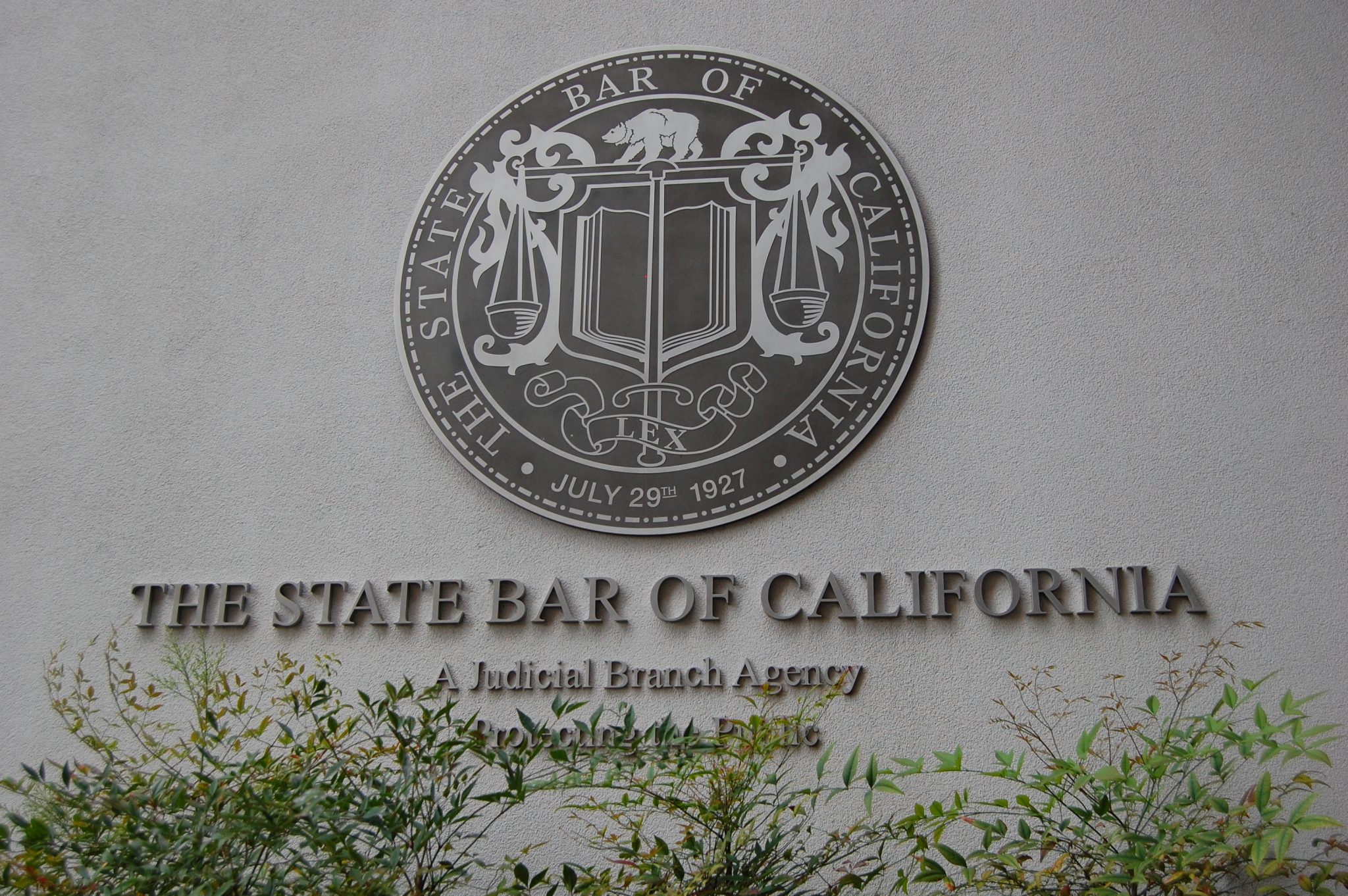 More Politics
Sign Up to receive Our Latest Updates!
Register
Hot Off
The Press
Hither and Yon
Is China Backing the Rioters in Our Streets?
by Scott McKay
The Right Prescription
Why Is Biden So Frightened by a Drug Test?
by David Catron
Another Perspective
How Media Fear-Mongers Misrepresent COVID-19
by John Hartung
Flynn Files
William Barr Speaks Truth to (Illegitimate) Power
by Daniel J. Flynn
Free Speech Under Assault
Facebook Censors Tucker Carlson — And Science
by Jeffrey Lord

COVID-19 has delivered an occasional silver lining in the economic clouds troubling America. The most obvious is to highlight stupid regulations imposed to benefit special interests and their political enablers. Including members of the legal monopoly.

Professional regulation is supposed to protect the public. However, even doctors and lawyers, among many others, have used controls to limit competition for their services. They are even more insistent that other experienced and well-trained professionals — such as nurses and paralegals — be prevented from competing than that the occasional genuine incompetent be ferreted out.

Perhaps the best evidence that the exam is purely protectionist is the requirement that even an established lawyer often must pass the bar exam of another state before practicing there.

My finest legal accomplishment was neither graduating from a fine law school nor becoming a noted practitioner. I did the first, but having decided that I didn’t want to practice I took my final year’s classes pass/fail so I could concentrate on playing and writing politics. Having signed up for Ronald Reagan’s campaign and ending up in the White House in 1981, I never did practice.

Rather, my legal highlight was writing an article for the Los Angeles Times advocating abolition of the mandatory bar while I was studying for the bar exam. Finding his work under attack in the state’s leading newspaper caused the head of the state bar to pen a reply. No surprise, despite my best efforts, the bar, both organization and exam, still exist. But at least someone in authority took note of my arguments.

Now COVID-19 is forcing states to reluctantly open the system a bit.

Under coronavirus siege my old nemesis, the California bar, postponed the July bar exam, which I took 41 years ago (is it really that long?!), first to September and then to October. Moreover, the California Supreme Court, which sits atop the state’s legal hierarchy, ordered that the test be available remotely and lowered the passing score for a test long considered to be one of the nation’s toughest. Even more dramatic, the jurists ordered the state bar to create a system of provisional licensing for practice while supervised by current attorneys. The latter program is to run through June 2022.

Practice under established practitioners was the usual legal path for early Americans, who normally did not even attend law school. For instance, Abraham Lincoln was primarily self-taught, relying on books lent to him by the attorney with whom he first worked after being admitted to the bar. It would be a good, practical path today, concentrating on the essentials of practice, rather than promoting left-wing philosophical fantasies such as Critical Legal Studies.

New York state also postponed the July bar exam, urging new law school graduates to wait and take an even later test. However, without bar passage wannabe attorneys are sharply restricted in what they can do, frustrating them and their employers. So the state bar took a similar approach as California, issuing new rules that “will allow all covered candidates employed in New York to work under the supervision of a qualified attorney in good standing.” The New York bar explained that this “temporary authorization program is intended to carry qualified candidates through their swearing-in date, so long as those candidates pass their first bar examination no later than 2021.” This initiative will supplement existing supervised practice programs.

However, the state rejected a proposal to grant “diploma privileges,” that is, allow graduates of specified schools to practice without taking the bar. In March a New York bar association task force decided that “the absence of an examination would create unacceptable risks that persons lacking minimum competence to practice law would gain admission in New York.”

The claim is unsurprising but unsupported. Exams are filled with abstract questions on both national and state legal rules, which are far different than the realities of actual practice, usually discerned from years of work. What evidence is there that memorizing a vast number of regulations and principles, most of which will never prove useful in any attorney’s practice, is a valid, let alone good, measure of competence?

I can testify from experience that test-takers cram for the exam, usually by paying for special bar review courses in which instructors educate for the test, emphasizing whatever is necessary to make it through a two-day bar exam rather than succeed in the three- to four-decade career expected to follow. Plenty of incompetents have ended up practicing despite passing the bar exam; many quality lawyers failed the test one or more times, going on to exemplary careers. The test’s relationship to good legal work is mostly theoretical.

As for providing a useful credential for consumers to judge, the bar could be voluntary. Clients could use it as one among many factors in judging competence. Of greater value would be the reputation of the new lawyer’s colleagues, and especially of the firm or other organization of which a new attorney is part. The latter have a powerful incentive to choose the best attorneys that they can find, with or without an arbitrary, state-mandated test of artificial knowledge. Perhaps the best evidence that the exam is purely protectionist is the requirement that even an established lawyer often must pass the bar exam of another state before practicing there.

Diploma privileges once were common across the nation, used in the late 19th and early 20th century to encourage aspiring attorneys to attend law school. However, as the legal monopoly gained increasing control over the profession — before ultimately coming under antitrust attack by federal agencies for setting fees — the practice was abolished.

Still, diploma privileges persisted into the 1980s in Mississippi, Montana, South Dakota, and West Virginia. Until recently only Wisconsin allowed graduates of law schools, in this case its own, to automatically practice. New Hampshire takes a hybrid approach, allowing graduates of its sole law school to skip the bar exam if they complete a specific program and take a version of the test before graduating.

However, the ongoing pandemic has forced states to innovate. In April, Utah approved diploma privileges for any school approved by the American Bar Association so long as the applicant completes 360 hours of practice under a licensed attorney. In June, the Washington state supreme court reversed an earlier decision and decided to grant diploma privileges for law school graduates from ABA-accredited schools without any practice requirement. The judges declared that their decision “recognizes the extraordinary barriers facing applicants currently registered to take the bar examination in either July or September 2020.”

At the end of June, the Oregon state supreme court followed suit, specifying ABA-approved schools that had achieved a minimum bar exam pass rate. In late July, Louisiana’s high court joined the growing parade. All ABA-approved schools qualify, though would-be attorneys must complete continuing education of the bar courses as well as a state bar mentoring program. Barred from taking advantage of the rule are those who previously failed the bar.

These decisions generated heated opposition. For example, Louisiana Justice Will Crain complained of failing to test “for minimal competency,” deciding to “gift a law license rather than test competency,” and “removing the sole competency filter for admission to the practice of law.” He asked if the court would allow COVID-19 “as an excuse against the victims of incompetence?”

Yet with his emotions running at floodtide, he offered no evidence to back his claim that “The bar examination acts to protect the public from basic incompetency.” The test provides a good challenge for memorization but sheds no light on one’s ability to relate to clients, draft documents, cooperate with colleagues, negotiate settlements, or perform in court. The bar exam is high public drama, intended to screen out potential competitors while convincing members of the public that the legal bar is looking after them. The pandemic helped break through this carefully constructed façade.

What is only a modest, though still welcome, relaxation of the rules should be viewed as merely a good start. Licensing has become a national scourge. Incumbent professionals, who are always grandfathered into any new licensing system, have created formidable regulatory barriers to cosmetologists, hair braiders, florists, bartenders, masseurs, embalmers, and scores more professionals. The burden of these restrictions fall particularly hard on people who move frequently — spouses of military service personnel, for instance. In most cases warnings of consumer harm are laughable. An incompetent bartender, florist, or hair braider might prove to be inconvenient, but little more. The cost, in denying competent people jobs, reducing choice and raising costs for consumers, and freezing the job market is far greater. Estimates of the total economic loss imposed by licensing run $200 billion annually.

The economic disaster created by COVID-19 offers an opportunity to eliminate or relax rules that made no sense in good times. The mandatory bar exam and other restrictive tools used to enforce the legal monopoly should be eliminated. Granting diploma privileges, allowing practice under an attorney’s supervision, and turning the bar exam into a voluntary credential all would be good starting points for reform. The coronavirus offers an opportunity to bring some good out of so much bad.

Doug Bandow is a Senior Fellow at the Cato Institute and former Special Assistant to President Ronald Reagan. He is a graduate of Stanford Law School and a member of the California and D.C. bars.

Doug Bandow
Follow Their Stories:
View More
Doug Bandow is a Senior Fellow at the Cato Institute.
Most Popular
1
Sunday Visitor
Mere ‘Christianity’: How Social Justice Is Corrupting the Faith
by Ben Hall

Even during a season of numerous tectonic shifts in American...Read More