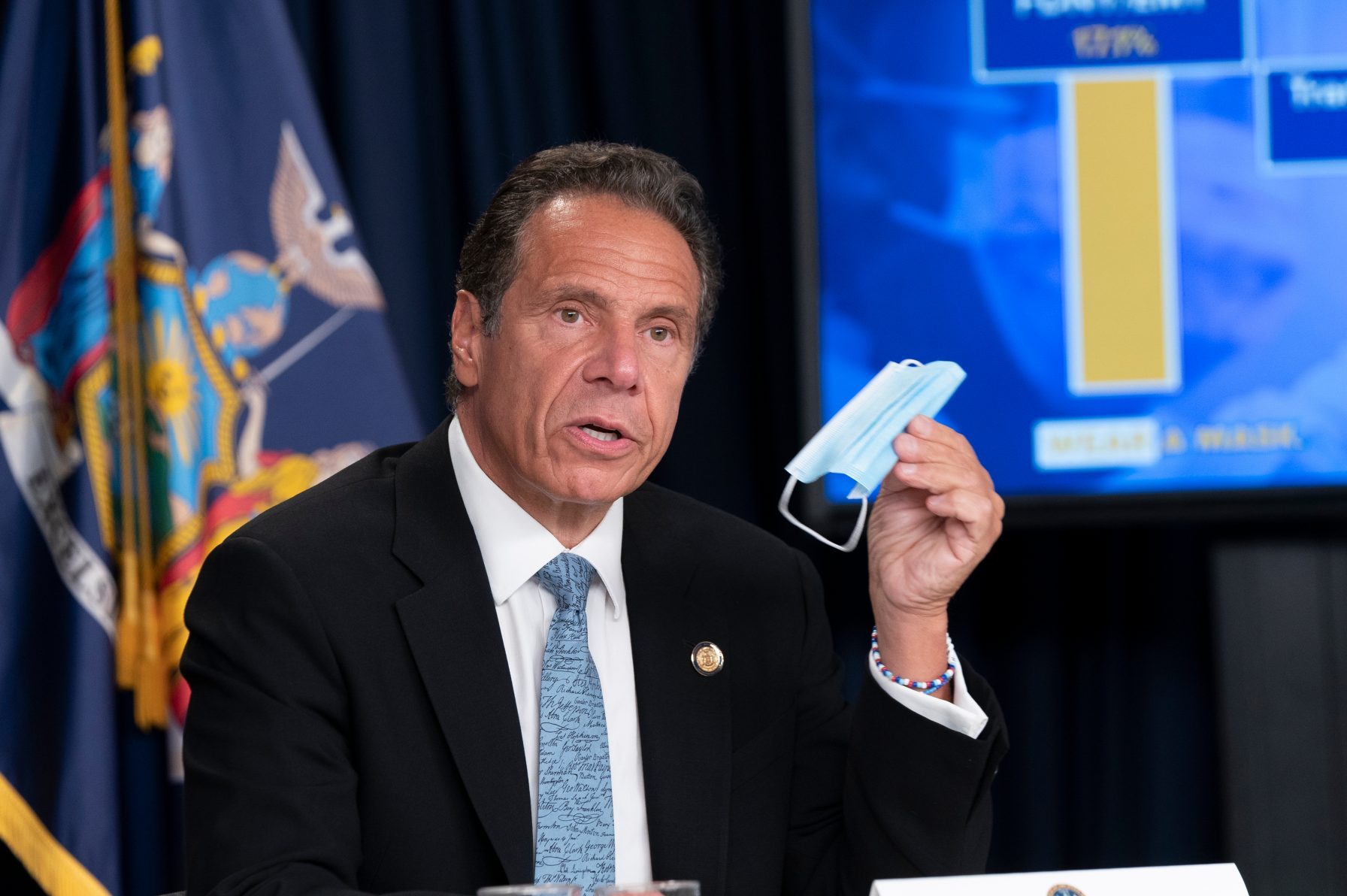 More Politics
Sign Up to receive Our Latest Updates!
Register
Hot Off
The Press
In Print
Retrofitting the Suburbs
by Clive Aslet
Laughing Matters
With Biden, the Summer of Love Is Back
by Itxu Díaz
Space Race
NASA’s Artemis Space Launch System Misses the Mark
by Mike Howard
Biden Watch
President Biden’s False Promise of Unity
by Doug Bandow
The Talkies
Run, Hide, Fight: Opening a New Front in the Culture Wars
by Bradley Anderson

The photo initially surfaced on Twitter last week and became something of a sensation around the state. Edwards didn’t help his cause when, asked about the photo in a rare example of actual journalism among Louisiana’s legacy media, he denied anything he’d done violated the letter or the spirit of his mask mandates.

Edwards’ moment of hypocrisy wasn’t quite the breathtaking offense that California Gov. Gavin Newsom perpetrated when he was photographed at Napa Valley’s exclusive French Laundry restaurant with a table full of health-care policy bigwigs after shutting that state down. Or when Chicago’s atrocious mayor Lori Lightfoot was caught on camera without a mask at a Joe Biden rally in violation of her own edicts. But it was competitive with Austin Mayor Steve Adler, who demanded his city’s residents stay home while he himself vacationed in Cabo San Lucas. Examples along those lines have popped up like mushrooms across the country.

The rank hypocrisy of America’s ruling class ought to be enough to send the American people into a full revolt against the COVID-19 restrictions being imposed on the country. Those shutdowns, after all, are completely destroying small business in America. Main Street will never recover, at least not in its current form. The wanton destruction and utter cruelty of it was perfectly illustrated in a viral video made by a panicked restaurant owner in Los Angeles showing her ruined business side-by-side with a movie studio’s virtually identical, and open-for-business, catering lot.

And we know that the shutdowns and mask mandates don’t work. We’re endured the stupidity of the ruling class’s response to the Chinese virus for almost 10 months now, and the evidence is in. Of course, you have to look for it, because too many of the supposed leaders in charge of cities and states in this country certainly won’t acknowledge the wealth of statistical evidence showing that locking down our people does nothing to keep them safe.

There was the Danish study about mask-wearing, which showed nominal results, at best, in preventing COVID spread. Subjects who wore masks everywhere they went contracted COVID-19 at a 1.8 percent rate during the study; those without masks contracted the virus at 2.1 percent. That’s essentially statistical noise, and it should have been recognized as proof the masks are a waste of public-policy effort.

“Our study gives an indication of how much you gain from wearing a mask,” said Dr. Henning Bundgaard of the University of Copenhagen, the lead author of the study, said. “Not a lot.”

Instead, the public health bureaucrats who control our political class disregarded the study, even saying it proved everyone should be wearing a mask.

Then there’s the significant evidence showing that lockdowns are worse than useless in preventing the virus from spreading. After all, California has been under a crushing lockdown since the beginning of the pandemic; where are the positive results? And why, after all this time of imposing those lockdowns, is there yet another wave of COVID cases?

After all, the people imposing these lockdowns routinely attack churches while keeping liquor stores open. Such idiocy earned New York Gov. Andrew Cuomo a sharp rebuke from the United States Supreme Court, after all.

You’re apparently a conspiracy theorist if you take some of these lockdown proponents at their word and see the calls for new lockdowns, which will finish off the small businesses not already dead from the previous restrictions, as part of the Great Reset they’ve been touting as a reformation of capitalism to benefit the climate and create social justice.

When taking people at their word makes you a conspiracy theorist, it’s a very good indication those people are liars through and through.

It isn’t just COVID that has exposed the American ruling class for the toxic swamp that it is. We’ve just had an election that was, put most generously, a failure and more honestly may better be described as stolen given the manifest and troubling irregularities showing up in Georgia, Arizona, Nevada, Pennsylvania, Michigan, and Wisconsin. The courts have been inundated with lawsuits brimming with sworn affidavits of malfeasance, lawbreaking, statistical analysis, and other evidence that the official vote counts in those states are filled with fraud.

And yet it’s the political class’s mantra, offered almost in the spirit of Kevin Bacon’s “All is well!” assurance in the final scene of Animal House, that there is “no evidence” of fraud or a stolen election.

Worst in this tawdry spectacle is the behavior of Republican officeholders, particularly Georgia’s ridiculous Gov. Brian Kemp and suspiciously awful Secretary of State Brad Raffensperger, who maintain nothing was untoward in an election likely outright ruined by fraud and chicanery right under their noses. But Kemp and Raffensperger aren’t the only ones. As David Catron noted here at The American Spectator Monday night, state legislators in the disputed states, most of whom are Republicans, are taking the coward’s way out and refusing to exercise their constitutional responsibility to police the electoral process in their states. Seeing as though a major manufacturer of voting machines used in these disputed states was connected to a Chinese Communist Party–controlled company in October, one would expect a bit more indignation.

But none of this should be a surprise, as many of these same legislators have stood by and watched their Democrat governors impose COVID restrictions aimed at trashing their economies to poison President Trump’s reelection prospects.

Our political class has been descending into toxicity for a long time, with Democrats embracing hard-core socialism and Republican elected officials continually refusing to fight for their constituents. It’s why the Trump phenomenon came about in the first place, and it’s why Trump attracted so many diehard supporters despite breaking almost every rule of practical politics for the last five years.

Now that the conventional wisdom has it that decrepit liar Joe Biden will be inaugurated in January despite, or rather because of, the failed 2020 election, the lunacy and hypocrisy of the ruling class is certainly about to get worse.

And who will fight for the American people? The feckless GOP pols who have stood around and let 2020 happen? Perhaps we’re going to have to fight for ourselves.

Scott McKay
Follow Their Stories:
View More
Scott McKay is publisher of the Hayride, which offers news and commentary on Louisiana and national politics. He’s also a novelist — check out his first book “Animus: A Tale of Ardenia,” available in Kindle and paperback.
Most Popular
1
Politics
Staying Sane in a World Gone Mad
by Robert Stacy McCain

6
Another Perspective
I Stand With Trump
by Jeffrey Lord