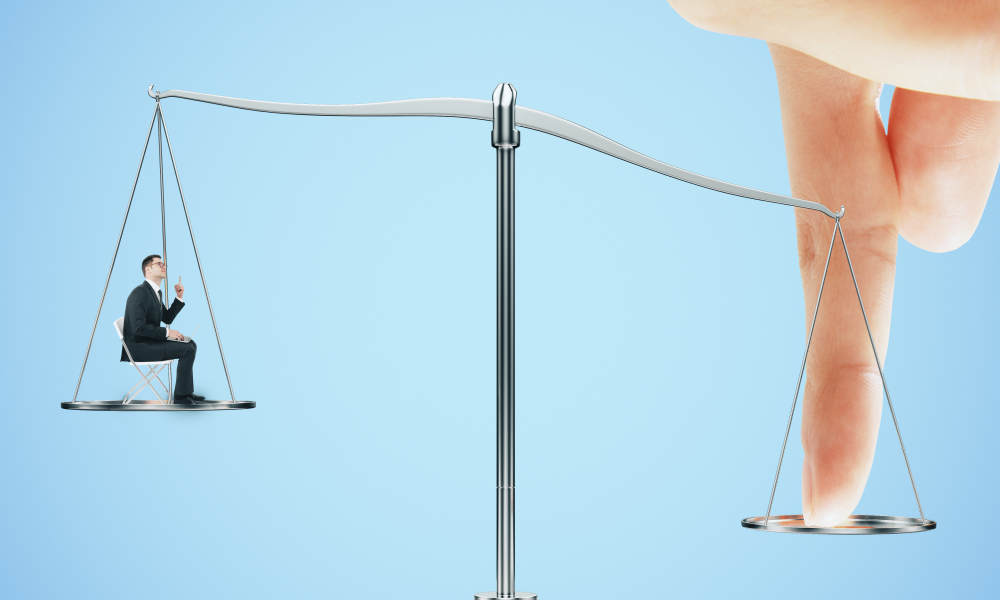 Among the flashier items on the government docket at the moment is President Joe Biden’s new commission on Supreme Court reform, but it’s not the only transformative proposal the judiciary branch faces. The push to broaden the bench is coming for the lower courts, too, as the Left attempts to reshape the national judiciary.

The Left is rallying around adding new judgeships, and fast, because a packed court is the last puzzle piece they need to own all three branches of government. The increasingly politicized lower courts are their latest target.

Justice delayed is justice denied, and there are too many court cases for our courts to handle efficiently. At least that’s what Democrats on the House Judiciary Committee’s subcommittee on courts, intellectual property, and the internet argued at a hearing last week titled “The Need for New Lower Court Judgeships, 30 Years in the Making.” America’s courts are already packed — with cases — and Congress needs to appoint more judges to meet the constitutional requirement of a speedy trial, or so goes their argument.

Lower courts are a place where left-wing advocates have found they can have real power, and they’re using it.

Routine, gradual expansion at the lower-court level is far from unprecedented in the United States, as district courts are reshuffled every few decades to account for increases in court cases that come with the growth of the national population. But advocacy groups like Take Back the Court demanding courts at all levels expand immediately, “or else,” is not routine. The lower courts today are at least as politicized as the Supreme Court as the Left takes full advantage of their less conspicuous stature.

In addition to corona-induced government lethargy and a summer of crime to rack up court filings, there is evidence that district court cases are on the rise. The Administrative Office of the United States Courts data shows that civil and criminal case filings in district courts both increased in 2019 and again in 2020; civil filings increased by 16 percent in 2020, compared with a 3 percent increase in 2019, up by 46,443 for a total of 332,732 cases in the year ending March 31, 2020. Nationwide average caseload per judge is 521 per year, according to Rep. Jerry Nadler, D-N.Y., and in some districts that number exceeds 1,000 cases per judge.

Logically, more judges should mean more courts. As Rep. Darrell Issa, R-Calif., pointed out in the hearing, the Ninth Circuit Court, which currently has 29 judges, hasn’t been split in decades, while the Fifth Circuit was split when it broke just 17 judges. If the cause is truly speedy trials, why not split the court and double its efficacy?

“Why not” is because more courts would take the “packed” out of court-packing. You can’t override constitutionally conservative judges by sheer numbers when your numbers are split. Creating new courts takes time, too, and would slow any progressive agenda the Left hopes to accomplish in the next four years.

Lower courts have been especially activist in decisions on immigration and LGBTQ issues — cases the Supreme Court has later upheld, to conservatives’ chagrin. In June 2020, the Supreme Court let stand a Ninth Circuit Court of Appeals ruling that federal immigration law does not require state and local officials to actively enforce deportation law. The first court ruling to allow a biological male to compete in women’s sports was in the New York County Supreme Court, in Richards v. United States Tennis Association in 1977, and when in 2018 then-President Donald Trump sought to prevent transgendered people from serving in the U.S. military, it was the U.S. District Court for the Western District of Washington that declared the move “unconstitutional.”

The rapidly accumulating body of precedent these courts generate is a tactic in its own right, especially in a litigious society that often reveres precedent to a fault. The more lower court judges, the more decisions can be generated each day, permanent and generally unnoticed (until they’re used against a conservative in court).

Election law is particularly noteworthy. Lower court decisions played the decisive role in the post–Nov. 3 struggle to determine whether the presidential election results were fair or rigged. MSNBC drew the conclusion on Nov. 3, even before Republicans began to question results: the real battle is in the lower courts.

“State courts may become the new venue of choice for advocates of change,” MSNBC columnist Barbara McQuade argued. “President Donald Trump’s appointment of more than 200 judges to the federal bench, selected with input from the conservative Federalist Society, have made federal courts a less hospitable place to advance progressive causes. As a result, state courts are becoming even more attractive choices for impact litigation. The selection of judges for these courts has become more important than ever.”

McQuade added that “The next president would have the opportunity to fill these seats with judges who reflect his worldview.”

The Left’s latest push to expand lower courts shows they’re not waiting on Biden’s commission to pack the Supreme Court. They’re bringing the fight all over the nation, flooding local and state courts so that their agenda is impossible to stymie.