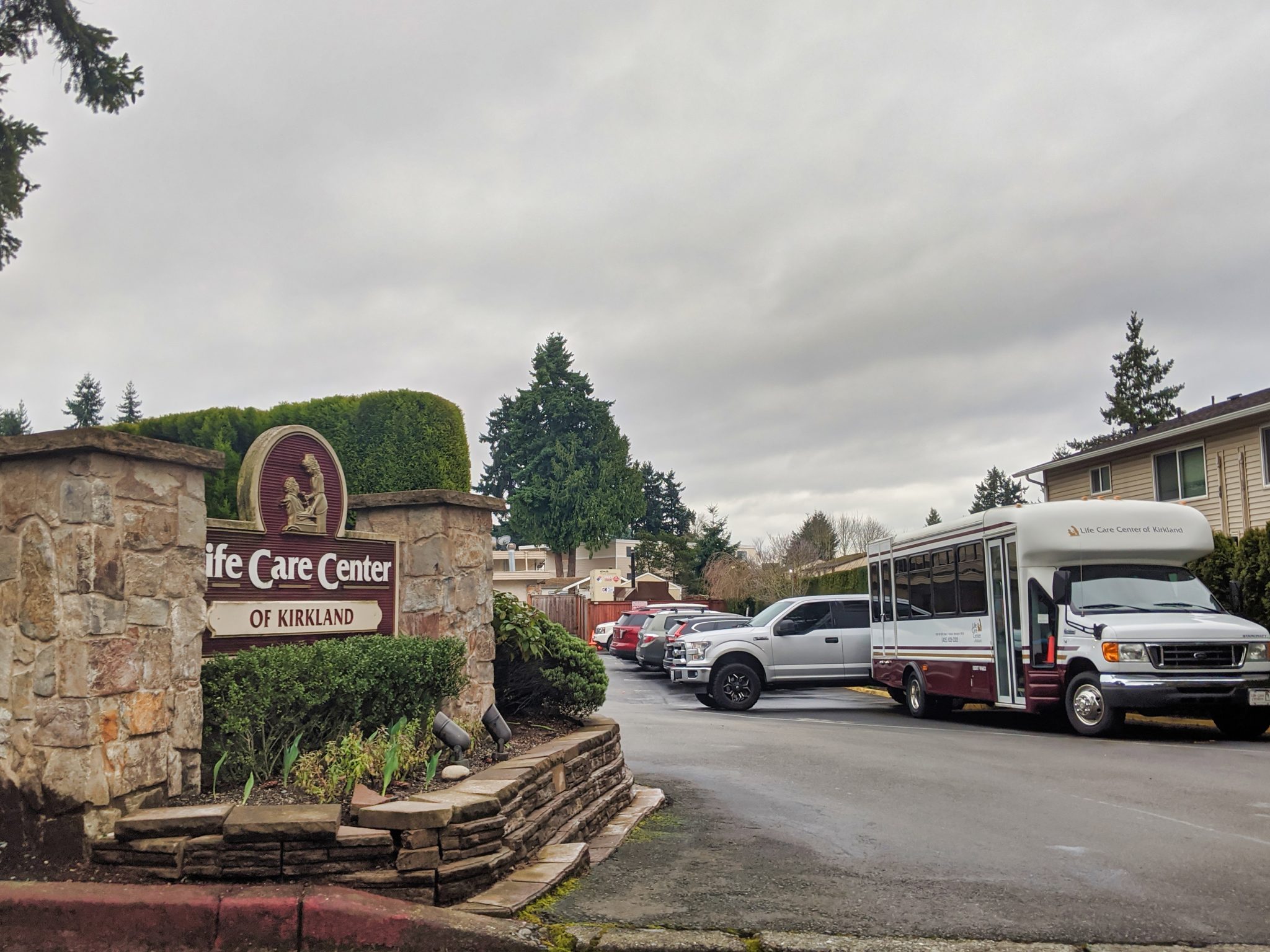 This is a strange piece because of the nature of the crisis in which I find myself. It was written March 9 and 10. It’s likely a lot has changed in between the time I write this and the time you read it. I hope it acts as a record of thought in a crisis, and I pray to God it holds up over time.

I woke up my children this morning to hacking, coughing, and generally grumpy sniffles, and I knew that it was not going to be a school day. Normally, I would stuff them full of orange juice and cereal while I hope for things to clear up, but we don’t do that any more around here. I live less than 10 miles from Life Care Center of Kirkland, the nursing facility where the first death from COVID-19 in the United States was reported. Small things like the sniffles of a six-year-old suddenly demand more attention than they once did.

That death was reported 10 days ago, but it feels much longer than that. As I write, we’ve seen 22 more deaths and over a hundred additional confirmed cases in our state. I started writing this on March 9, and I’m finishing less than 24 hours later, and in that time a hundred more cases are confirmed. I’m worried that someone will read this a week from now and say, “Oh, that’s not very many.” Five days ago, I told people we would have 100 cases within the week, and they looked at me like I was a conspiracy theorist. Surely it wouldn’t get that bad that fast. Extremely bad news is happening so frequently it’s hard to adjust our baseline expectations. But numbers don’t matter quite as much as we thought they would. Lack of testing availability and strict rules on when to test possible cases have thrown a wrench into the confidence the locals have in the official numbers. We’re groping around in the dark, and everyone knows it.

Snotty and disheveled, my kids are staying home from school. I have a lot of sympathy for our poor teachers. The schools themselves are stuck between a rock and a hard place. They know their place in the bureaucratic hierarchy of government recommendations. They take their marching orders from federal and state health organizations, and if those groups tell them to stay open, it seems presumptuous to second guess the experts. This earns them a degree of disdain, especially from the omniscient Twitter pundits who have so recently made the transition from constitutional scholars to epidemiologists. “What nonsense is this?” they scoff. “The obvious choice is to shut down the schools.” But we’ve submitted ourselves to the experts, and so the experts make the call.

There’s an enormous disconnect when I move between online and offline worlds. Online there is either hyperbolic panic or eye-rolling apathy with very little in between. But then I step outside, and our neighborhood is going about its normal business. Costco is out of toilet paper (which you can get at the grocery store) but has a wall of bottled water and plenty of everything else.

The grocery store is seeing a little less traffic, but they are out of the strangest things. You can’t buy 25-pound bags of flour, but there are dozens of 10-pound bags. The 79-cent pasta is completely cleaned out, but there are hundreds of boxes of 99-cent pasta. The Spam shelf is empty, but you can buy sirloin steak for $2.99 a pound and shrimp at $4.99 a pound.

I find this odd. People are preparing like this virus is going to freeze their pipes and cause trees to collapse on power lines. I’m not sure how a pandemic is going to knock out the power to my house, but if we reach that level of civilizational collapse, I’d rather stuff myself with steak for a few glorious days and then walk down to the lake with my fishing pole rather than subsist on Spam for an extra week.

The biggest change is the disappearance of traffic. Microsoft, Google, Facebook, and Amazon all have given employees the option of avoiding work contact. The crushing traffic of a normal work day is gone. There is almost an arms race, wonderful to behold, as tech giants try to outdo each other in accommodating their own. Microsoft not only sent their employees home but also offered to pay contractors, including cafeteria workers, security guards, and shuttle drivers, for their missed time. Amazon, not to be outdone, will allow a month of free rent to shops in their downtown offices that will have to close down due to lack of employee traffic. It turns out having ridiculously profitable businesses allows the companies support their own sort of private stimulus to help the littler guys through hard times.

And they say capitalism is broken.

In my efforts to be helpful, I’ve been looking for ways to connect to the people in my neighborhood, those who are physically close to me whom I can help in a crisis. I’m not alone. The locals are talking to each other in group texts, Facebook groups, and Nextdoor forums, trying to sort out amongst ourselves what is really going on, where the needs are, and who is meeting them.

As I scroll through yet another forum trying to help those in need, I’m struck by the contrast between the government response and the impatient American nature. Privately our biggest employers are protecting their own. Privately our neighbors are practically begging to be helpful in a crisis — post after post after post of neighbors asking to be made useful, every need met with a dozen responses.

Publicly, I head to the CDC website, where the first two items in the Frequently Asked Questions are defining what COVID-19 is, and the next two questions are about how you should stop being such a racist. Lest you question my integrity on this matter, the specific wording is, “Why might someone blame individuals and groups (create stigma) because of COVID-19?” and “How can people help stop stigma related to COVID-19?” Those questions are numbers three and four of a four-part “Coronavirus Basics” list. They rank higher than “How does the virus spread?” and “How can I protect myself?”

My neighborhood is 40 percent Asian. These are not “basic questions,” or at least they are not questions anyone here is asking. We have more important things to do right now than worry about stigma. Yet this is a high-ranking concern at the federal bureaucracy that has not yet provided our desperate hospitals with reliable test kits to identify and manage this virus. We may be dying, but CDC is here to make sure we use the appropriate terminology on our deathbeds.

Having read about how the medical system in Italy has been overloaded in a dystopian nightmare scenario, with doctors and nurses working 20-hour days, exhausted and demoralized, I’ve reached out to my local Medical Reserve Corps (MRC). A few days later, I was rebuffed with the perplexing pronouncement that they are only accepting medical professionals as volunteers at this time. I imagine overworked nurses taking off their professional scrubs and putting on their volunteer scrubs and wonder if the MRC has sufficiently thought this policy through.

I’m discovering that the problem in a crisis is less “government versus private industry” and much more “bureaucracy versus free thinkers.” The Medical Reserve Corps has Rules That Must Be Followed, and those rules are important and protect people — except that if this turns into an actual crisis, rejecting able and knowledgeable volunteers who haven’t checked all the boxes is an enormously stupid thing to do. All hands on deck, as they say.

The New York Times just published a piece (and when I say “just” I mean one hour ago as I write this) about how an infectious disease expert in Seattle defied the CDC and federal regulations to test for this virus. She discovered that the virus had already escaped isolation and was running rampant through our community. She did this because she had the expertise to see the signs and the capability to act independently. State regulators told her to stop.

I would like to say that free thought and individualism saved the day, but the red tape of bureaucracy had long squandered the moment of opportunity. Even so, I can’t help feeling a bit of pride that a local scientist threw up a middle finger to the oppressive forces of “ignore the obvious because it’s not on the form.”

My kids are home right now. They have been home for a few days, and I’ve started to worry about them because I am a parent and that is my job.

They have the sniffles and occasional complaints of sore throat or feeling hot even though the thermometer remains stubbornly below 99 degrees Fahrenheit. I’m becoming suspicious as their symptoms miraculously correspond to a thrice-daily regimen of bubblegum-flavored medicine.

I had a moment of panic when I checked the CDC website for symptoms of COVID-19 and they listed “runny nose.” Oh no! My kids have runny noses! (Note to all single readers: Every child always has a runny nose.)

I went to Twitter to find more information, and everyone assured me that runny noses were nothing to worry about. I pointed them to the CDC page that listed “runny nose” as one of the three primary symptoms among children, and everyone seemed surprised. After an enormous amount of discussion and effort that included two epidemiologists and three other medical professionals, I determined that my children were probably going to be alright.

For someone in Seattle, that is this crisis in a nutshell. Vague, noncommittal, unactionable information comes from the “official” source that everyone publicly holds in esteem and seems to be driving the decisions of all our institutions. That’s pitted against genuine wisdom discovered through enormous effort, filtering, inside connections, and individual ingenuity. I’ve become convinced that the bureaucracy is filled with hardworking, earnest, eager, frustrated civil servants who submit under protest when bad decisions are made and are quietly relieved when someone tells them to go to hell.