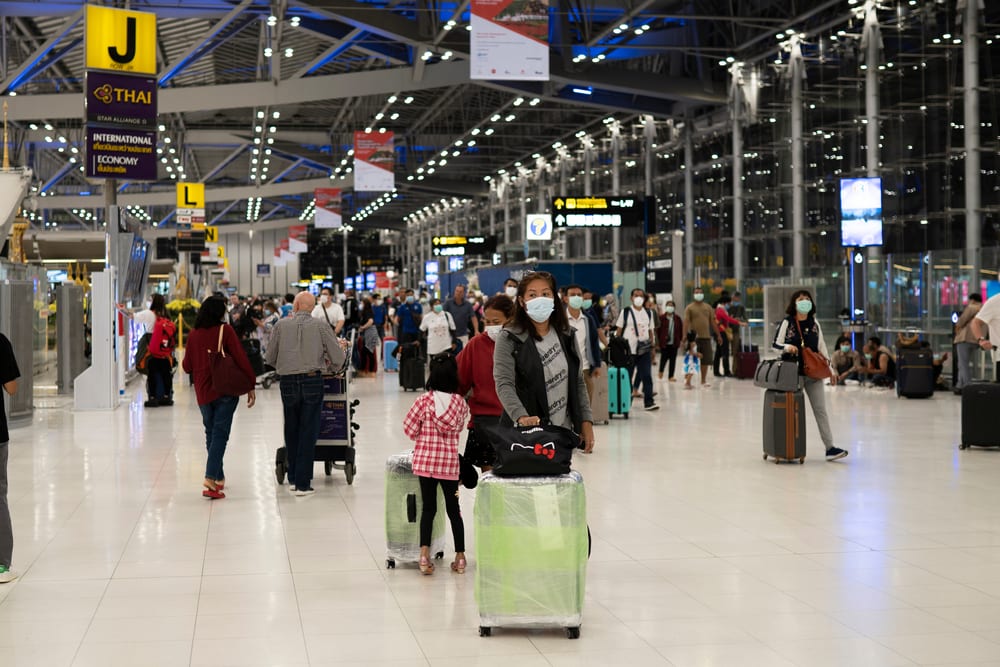 Has the CDC come to the conclusion that there’s no containing or even mitigating the COVID-19 virus? Has the Trump administration decided that the coronavirus isn’t that bad, that our medical system can handle it, and that Americans just need to let nature take its course? Because that’s how the government is acting, both in President Trump’s words and the government’s deeds.

I think the 3.4 percent is a false number. Now, this is just my hunch, but a lot of conversations with a lot of people that do this, because a lot of people will have this and it is very mild. They will get better very rapidly, they don’t even see an interest or call doctor, you never hear about those people so you can put them down in the category, the overall population in terms of this corona flu, or virus. So, you just can’t do that.

If we have thousands or hundreds of thousands of people that get better, just by sitting around and even going to work, some of them go to work, but they get better and then, when you do have a death like you had in the state of Washington, like you had one in California, I believe you had one in New York, all of a sudden it seems like 3 or 4 percent, which is a very high number, opposed to a fraction of 1 percent. But again, they don’t know about the easy cases because the easy cases don’t go to the hospital, they don’t report to doctors or the hospital in many cases, so I think that that number is very high. I think the number, personally, I would say the number is way under 1 percent. With the regular flu, we average from 27,000 to 77,000 deaths a year. Who would think that? I never knew that until seven or eight weeks ago.

So, we lose between 27,000, somewhere in the 70s, I think we went as high as 100,000 people died in 1990, if you can believe that. I think it averages about 36,000 people a year. I said, wow, that is a percentage that is under 1 percent substantially. It is interesting to see what that different difference is, a lot of people don’t report because they get the coronavirus and get better relatively quickly, not that severe.

First, it can’t be known that there are many asymptomatic people because not enough people have been tested. Second, a 1 percent death rate in America would be over three million people. That’s assuming the virus doesn’t mutate into a more virulent strain. That’s assuming a lot of things. The president was shocked at how many people die from the flu (most people are when they find out the truth.) Would America be okay with 10 times that mortality rate?

Meanwhile people who are testing positive with few symptoms are quarantined, but the people living with them are not. That is per the State Department. Why? This is madness. It has to be assumed that the person living with someone who has such a contagious virus is just asymptomatic. That person should be quarantined, too.

Then there are the images of ambulance drivers not being properly protected while moving COVID-19 positive patients from the nursing home in Seattle to the hospital and the spreading threat there. Over 100 health care workers in California are self-quarantined because of interaction with sick patients. And another cruise ship is going to have passengers tested for the virus (but not all of them).

If this seems haphazard, it’s because it is. America has a federal system, which means that how things are dealt with locally depend, well, on the locals. In addition, the CDC couldn’t get its collective, bureaucratic act together, and so testing has been delayed. With it finally decentralized, local labs can test now. Testing parameters are changing and broadening, but that message may or may not be getting through to people.

South Korea, in contrast, has a centralized reporting system and an app that tracks the movements and contacts of those infected. Thus far, they’ve had 5000 positive cases and 30 deaths. The confirmed death rate is about 0.6 percent. For contrast, the flu’s rate is 0.1 to 0.2 percent. Or, to put it another way, if 1000 people are in a room, one to two die from flu. With COVID-19, six would die according to South Korea’s data. In short, what South Korea is doing is working and it’s easier to extrapolate numbers from them assuming the same constraints in behavior and efficacy of health-care systems. (Those are big assumptions.)

China is lying about their data and mass quarantining, something highly unlikely in America. Iran is overcome and nearly a failed state. Italy is overcome and busily exporting sick people around the world. America, which should have good data, simply hasn’t tested enough people. Communities aren’t being asked to make big changes in response to outbreaks, so the disease is spreading and in unknown ways.

The downside of South Korea’s invasive tracking is their civil liberty breaches. Locals are piecing together who their sick neighbors are and then singling them out for ridicule and public shame. The BBC reports:

But with most cases not leading to serious health problems, South Koreans now dread stigma as much as they fear the virus itself.

A research team at Seoul National University’s Graduate School of Public Health recently asked 1,000 Koreans which scares them the most:

Prof You Myoung-soon’s team found “criticisms and further damage” were more feared than having the virus….

Doctors warn that online pursuit of patients could have very serious consequences. Malicious comments online have long been a problem in South Korea, and in some cases have led to suicide.

Lee Su-young, a psychiatrist at Myongji Hospital in Goyang, Gyeonggi, told BBC Korean that some of her patients “were more afraid of being blamed than dying of the virus”.

It was at Myongji Hospital that the two people accused of being in adulterous relationship were treated. One is known to have high levels of anxiety and suffered sleep deprivation due to online comments.

As the virus spreads rapidly, it’s vital that the public are giving the information they need to protect themselves and others.

The upside to this surveillance is widespread testing, early intervention, and the lowest mortality rate from the virus. South Korea, without imposing behavioral changes on its citizens, has halted the spread of the disease. From Bloomberg:

By late February, when South Korea’s outbreak began to accelerate, four local companies had approval to sell kits to test for the virus. The country is now able to test more than 10,000 people a day. In neighboring Japan, only 2,684 people in total have been tested as of March 3.

The tests can deliver results within hours, with sensitivity rates of over 90% and are relatively easy to administer. Officials in Seoul have started operating “drive-through” testing stations in three districts where people can get tested without leaving their cars.

This all raises the question: What should America do?

Continuing public health measures like educating about hand washing and face touching is a must. Added to that information, though, should be a direct and very specific list of what to do if a person thinks he or she might be sick. There should be a flowchart for patients and health-care workers. If this, then this, sort of thing. Right now, no one knows what they should be doing. As an example:

If you suspect you’re sick, do the following:

If you’re confirmed with COVID-19, do this:

Medicare is reimbursing for tests. Hopefully, the government will use part of the $8.3 billion to make testing easy and free.

The tougher question is when school systems, workplaces, etc. should be shut down. Many big tech companies have all decided to have their Seattle employees work remotely. (That’s something that they should do anyway, in this writer’s opinion. It saves on overhead and increases productivity.)

Tonight, during President Trump’s town hall in Scranton, Pennsylvania, he said that his administration has plans for all contingencies. It would be nice to know some of them.

There need be more specific and concrete answers to the anxieties people face. If America isn’t going to shut the country down à la China and isn’t going to surveil à la South Korea, then there needs to be a cohesive explanation of what it will do. Perhaps the private sector, maybe Apple, for example, can use their health app so people can self-report symptoms. Google’s tools are being used for mapping the virus and teleconferencing. That’s all to the good.

Ultimately, though, the administration needs to be clear about its strategic direction. Halting most cases at the border is a good first step, but the virus is spreading here anyway. Maybe shutting down entry into the country completely is the solution.

Whatever the strategy, Americans need to know what it is, and what the rationale is for doing it.