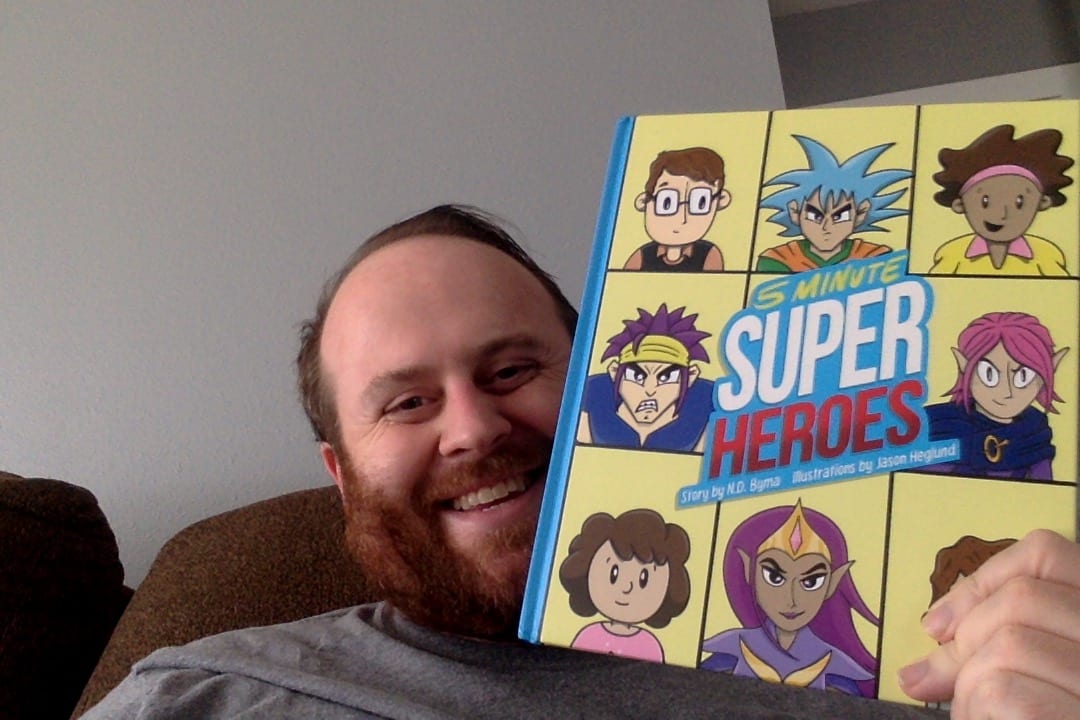 Superman would have weathered mandatory social distancing fine. He had his Fortress of Solitude, after all. Me? I have my comic books, including reprints of the big blue boy scout’s first appearance.

In the 1990s, I dove deeply into comic books. I read comics, read about comics, bought and sold thousands of comics, and dreamed of one day writing comic books.

But along came politics. The call to put away childish things (comics) and pursue more serious things (politics and policy) won out. I moved to Washington, D.C., and worked for a number of think tanks and political magazines (including this one). Eventually, it was clear that was not the life for me. I moved back to Washington state and of course picked up the old hobby again.

In the last few years, I jumped to making my own comics, with the help of talented but under-appreciated artists. Last year, I crowdfunded and released Movie Men with artist Doug Curtis and upstart indie publisher Wikid. (You can snag a digital copy of the first issue here for 99 cents.)

The deeper down that four-color rabbit hole you go, the more comics you tend to accumulate. I had hundreds of unread comics sitting in my house that I swore to get to one of these days. You know, when there was time.

Now there is all kinds of time, so I read comics. Some of them are superheroes, the most popular genre of American comics. But there’s so much more out there to read. It’s a great escape to visit these new worlds that creators put so much effort into making real to you.

The other night I stayed up late devouring a six-volume religious allegory called Sithrah. Last week, I did a YouTube show in which we reviewed a beautiful pulpy sci-fi graphic novel starring Tesla and Einstein called Feast or Famine and the promising new fantasy comic The After Realm.

And thank goodness I got around to reading the comic book- and Saturday morning cartoon-inspired children’s book 5 Minute Superheroes (which you can read in its entirety here; free during our isolation). It’s the story of geek parents making time to play with their children and how that can help get them to bed at night. Which is great, because it gives us more time to read comics.

Jeremy Lott can leap tall bagels in a single bound.