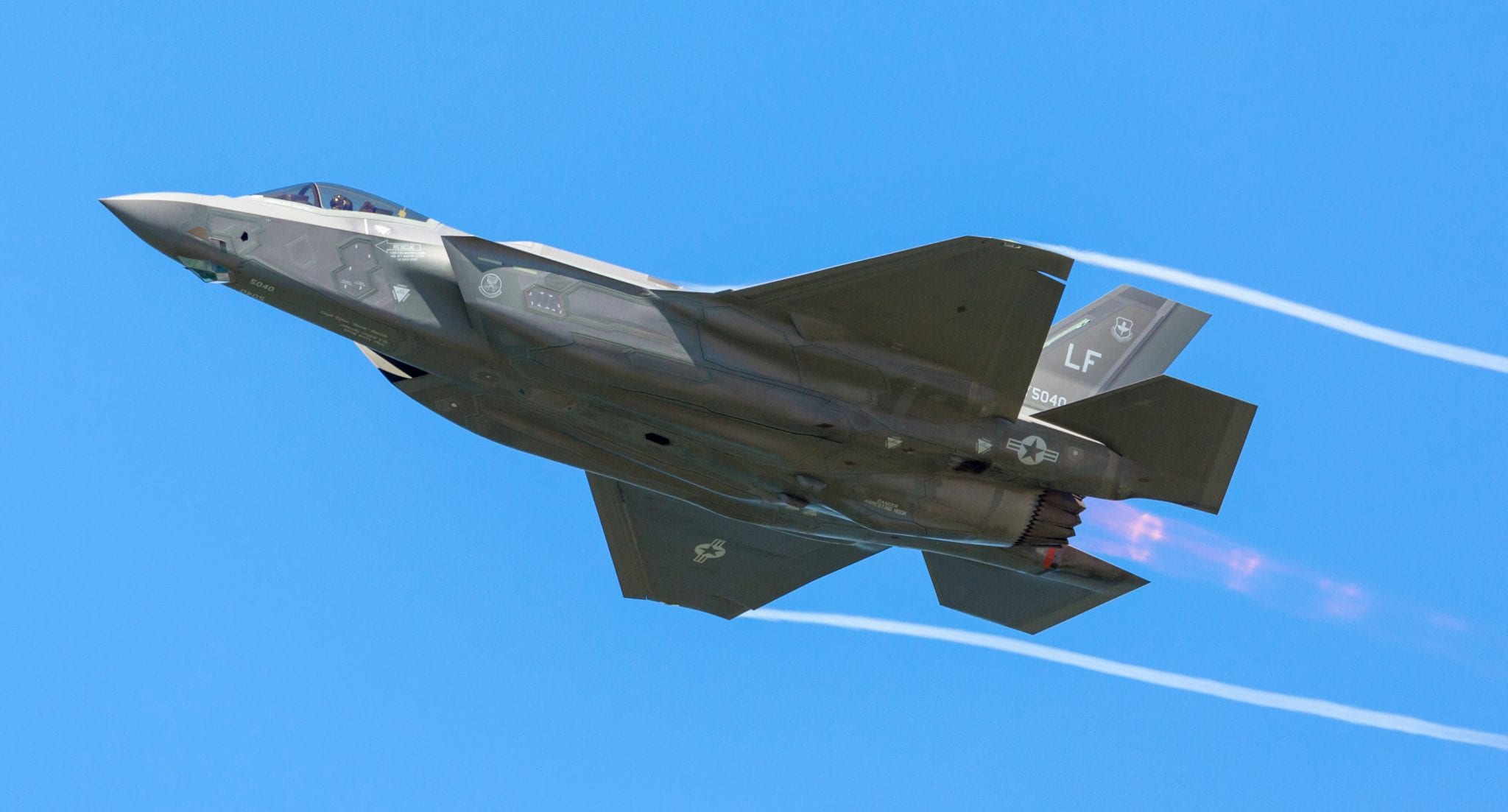 Congress can’t stop spending money. Even on projects that the Trump Administration does not want or need. Right now, the federal government is carrying over $22 trillion in national debt with trillion-dollar annual deficits projected, yet they can’t stop spending borrowed cash. The Tea Party movement was created because the federal government engaged in bailouts and out of control spending, yet Members of Congress have ignored the message the voters sent them.

The F-35 fighter jet project is a classic example of Congress pushing spending that was not requested by the Pentagon. Politico Pro reported last week that “the House Armed Services Committee is proposing yet another boost in purchases of F-35 fighters in its version of annual defense policy legislation. The so-called chairman’s mark of the National Defense Authorization Act, H.R. 2500 (116), would authorize 90 total Lockheed Martin F-35s, a dozen more than the Pentagon requested, committee aides said.” The report indicated that the House Appropriations Committee also has requested more F-35s than requested by the Trump Administration. This is a program that is necessary yet has been plagued by being over budget and slow to deliver for years.

Back in the days of earmarking, Congress frequently loaded up appropriations bills with special projects not requested by the administration. That practice was ended in 2010 in the Senate when then Sen. Jim DeMint (R-SC) pushed for a ban on earmarking special projects requested by members. Once the ban was put into effect, the spending of taxpayer money on projects not requested by the executive branch has slowed. One area where that practice has continued is with defense spending where the states where large defense contractors are located are protected by Senators and Representatives who represent those areas. This is happening with the F-35 project, because the lobbying interests have pushed Congress to request more F-35s than the Pentagon needs.

This program was initially projected to cost about $407 billion, yet now is projected to cost the taxpayers well over $1 trillion. This is a program that was the focus of president-elect Trump because of the “out of control” cost of the program. Trump tweeted on December 12, 2016, “The F-35 program and cost is out of control. Billions of dollars can and will be saved on military (and other) purchases after January 20th.” This request by Congress is exactly the problem addressed by President Trump’s push to “Drain the Swamp.” The Trump Administration should keep that promise and not buy more F-35s than they requested.

The program has been very expensive for the taxpayer because of mismanagement by the contractor. The F-35 fighter jet program has had a long, long history of being delayed and way over budget. Popular Mechanics reported in a July 27, 2018 story titled “WTF-35: How the Joint Strike Fighter Got to Be Such a Mess: The story of the F-35, and what went wrong to put the Joint Strike Fighter so far over budget and behind schedule” that “for over two decades, the F-35 has been the symbol of everything that’s wrong with mammoth defense contracts: behind schedule, over budget, and initially, over-sold.” Bloomberg News reported that the F-35 program, “the world’s costliest weapons program,” had an estimated cost that “over more than six decades grew by almost $73 billion to $1.196 trillion.” This program has significant cost problems and procuring more than the government wants seems fiscally irresponsible.

Spending needs to be controlled when our budget is out of balance. Spending billions on an unrequested appropriation makes zero sense when both Republicans and Democrats complain about budget deficits and long-term spending challenges. As important our F-35 program has come to be, Congress should not push more of these aircraft on the experts at the Pentagon when they say they don’t need them.

The Tea Party came to the D.C. Swamp to control spending. Members who were elected in that wave election need to stand up for the taxpayer and make sure the Congress does not buy billions in F-35 aircraft at the request of an army of lobbyists, yet without the support of our Armed Forces not to mention the Commander in Chief.