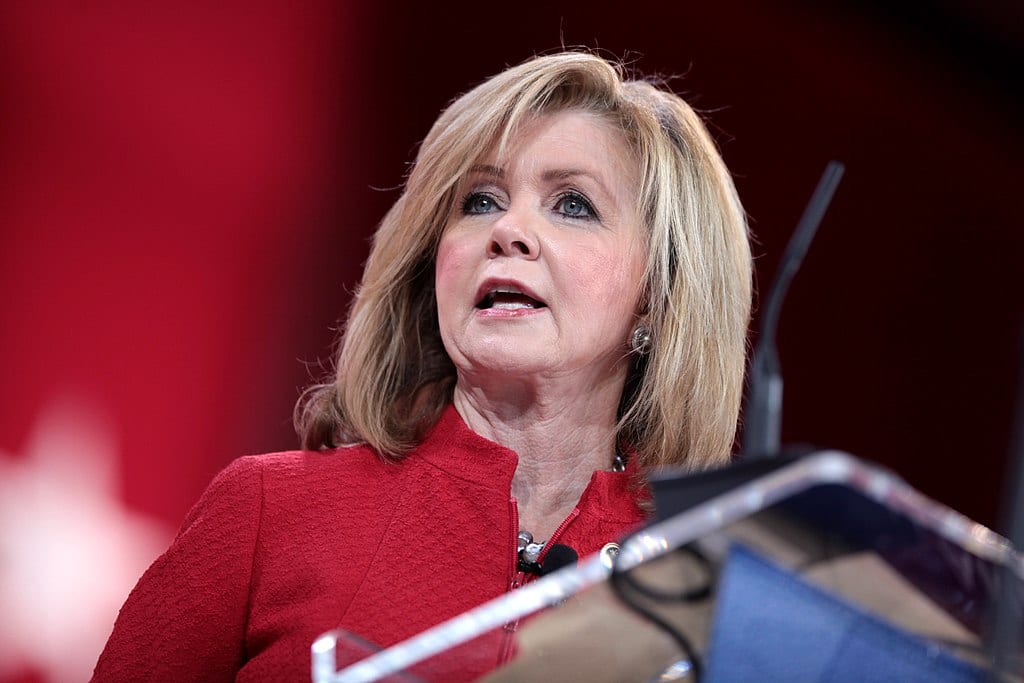 U.S. Rep. Marsha Blackburn (R-Tenn.), the chair of that subcommittee, sparred with U.S. Rep. Anna Eshoo (D-Calif.) over the latter’s Community Broadband Act, another big-government effort to allow cities in all states to build their own taxpayer-funded internet networks.

Eshoo’s bill comes after a 2016 legal setback by the then Democratic-controlled Federal Communications Commission (FCC) in federal court. The U.S. Court of Appeals for the Sixth Circuit sided unanimously with attorneys general from North Carolina and Tennessee, two states whose laws against government broadband expansion the FCC superseded in allowing publicly owned utilities to expand internet coverage.

Blackburn said Eshoo’s legislation is a concern. She said government should complement private investment rather than compete against it.

“The bill is essentially a further-reaching version of the FCC’s failed 2015 municipal broadband order which basically preempted the fiscally responsible measures that Tennessee had put in place regarding municipal networks,” she said.

Eshoo argued current laws are “holding back local communities from creating a choice; in most cases, it’s much cheaper, too.”

A study by Harvard’s Berkman Klein Center that claimed government networks offer lower pricing than private providers may be influencing Eshoo. But after experts and the Taxpayers Protection Alliance drilled down into the data they discovered the differences were negligible. Reports have also shown that the government networks being propped up by taxpayer or ratepayer money allowed them to be unconcerned with turning a profit.

Rather than throw more taxpayer money at the problem, Congress should look to help ease the regulations that are inhibiting high-speed internet growth. Tom Struble, tech policy manager for the free-market R Street Institute, called regulations the “biggest barrier to broadband deployment.”

He points out that providers often need approval from multiple government authorities.  And, when dealing with wireless deployment, FCC consent is also needed. From various siting requirements to utility-pole access, the process can be frustratingly slow.

In preparation for the growth of 5G, this spring the FCC established new regulations at the federal level to aid the small-cell deployment needed for the new wireless technology. Now, a Senate bill named the Streamline Act aims to establish uniform time frames, or what Struble and other industry insiders call “shot clocks,” for state and local governments to review applications for broadband deployment permits.

“I think this is hugely important,” Struble said. “Most people don’t realize what an impediment this is.”

“I think this is crucial to the development of 5G,” he continued.

While Struble said most barriers to speedy broadband deployment are at the state and local level, he said the FCC has been too slow in opening up wireless spectrum via auctions. He can recall discussions in 2013 about that topic when he worked for the mobility division of the FCC’s Wireless Telecommunications Bureau that continue today without action.

“That’s sort of emblematic of how slow the FCC works,” he said.

“Because of the future promise of 5G, which have already produced field trials in rural areas with download speeds in the several hundred megabits per second, and the growth of satellite broadband, it would behoove federal officials to hold off on spending additional money on wireline internet,” Struble said.

“If these other options are legitimate, we shouldn’t be pumping billions into building fiber everywhere,” he said. “We would have wasted a lot of money on obsolete technology.”

The Internet & Television Association (NCTA), in a press release applauding the subcommittee’s discussion, pointed out that one of its member companies, Midco, which serves 385,000 customers in five Midwest states, talked about its fixed wireless offering in the hearing. This technology runs high-speed fiber to a central tower and beams a signal wirelessly to nearby homes. NCTA said some communities serviced by Midco have populations as low as about 100 residents.

The association points out that due to the sparse population and distance between homes, it’s not cost effective to run fiber in these areas, making fixed wireless a viable alternative.

“It’s remarkable that despite serving one of the most difficult areas to deliver internet, Midco has still been able to make high-speed internet — including gigabit connectivity — available to more than 80 percent of its customers,” NCTA said. “Their investment in and commitment to serving rural America have turned around communities in major ways.”

NCTA recently submitted comments in support of the FCC’s efforts to reduce or eliminate obstacles to broadband deployment, noting not only the aforementioned delays in getting permits or utility easements, but also complaining that cities are often requesting additional franchise fees for broadband services. For example, the fee in Eugene, Oregon, is 7 percent, which NCTA notes is passed through to customers.

”Such regulatory overreach is inconsistent with the statutory rights granted to cable systems and the restrictions placed on franchising authorities under Title VI, and results in disparate treatment of cable operators as compared to other broadband providers,” Rick Chessen, senior vice president of law and regulatory policy for NCTA, writes in the letter.

Leveling the playing field and reducing regulations are two steps that will help fuel the growth of broadband — whether fiber or wireless. Let’s focus our attention on those important issues rather than stick our hands deeper into the pockets of taxpayers.