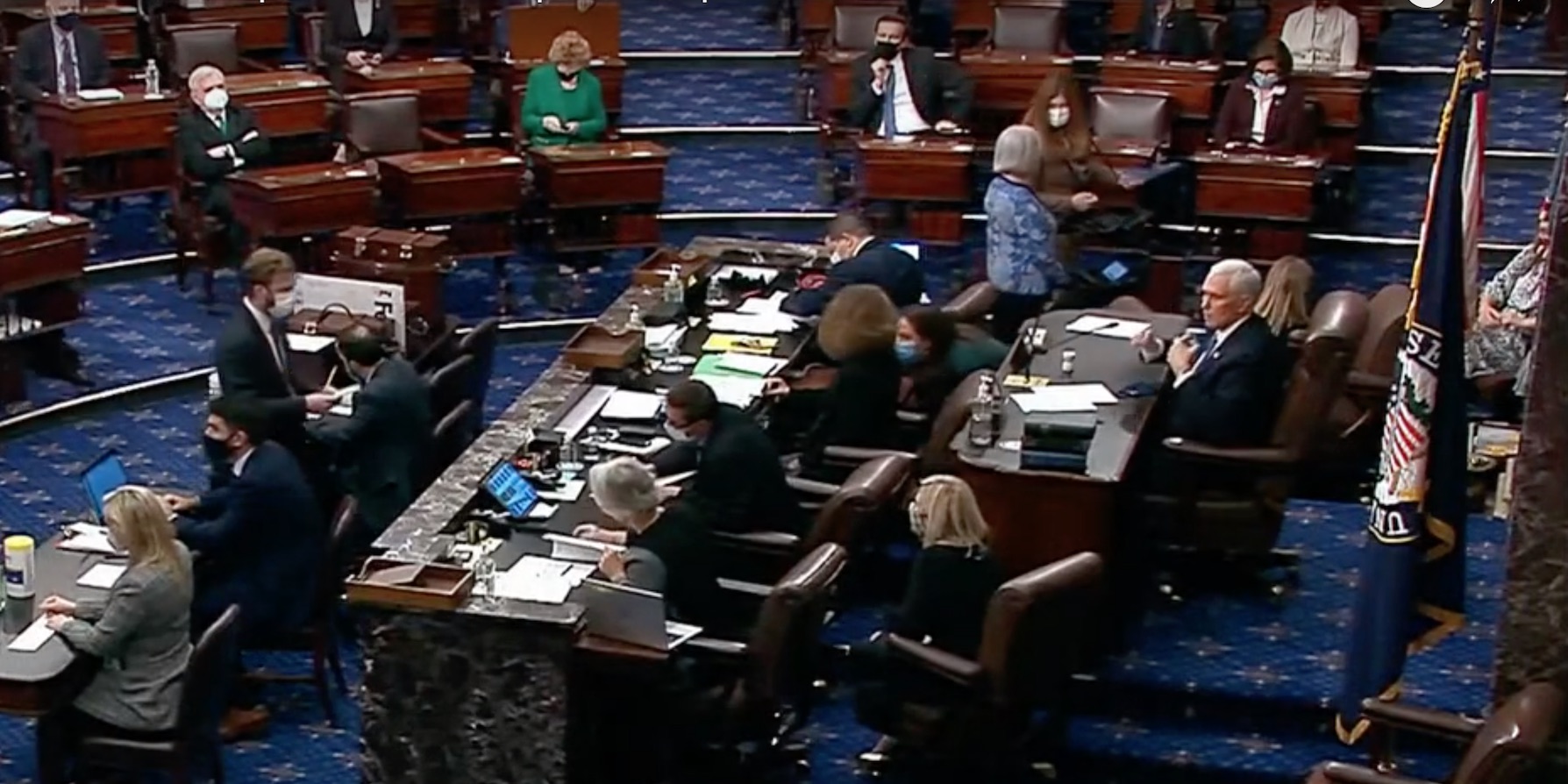 And so they did it.

With mounds and mounds of evidence in plain sight that the 2020 election was stolen, Congress went ahead and certified it anyway.

Until these unlawful practices are acknowledged and corrected, we cannot agree to support electors chosen based upon an inaccurate total vote count. The voters of Pennsylvania deserve integrity in the election process and equal protection under the law.

As members of the Pennsylvania Senate, we believe in the integrity of the election process. After speaking with our colleagues, a majority of the State Senate is troubled by the many inconsistencies that happened in our Commonwealth during the 2020 election.

Due to numerous unlawful violations taken by Pennsylvania Governor, Tom Wolf; Secretary of State, Kathy Boockvar; and the rogue State Supreme Court, the balance of power was taken from the State Legislature, who by the U.S. and PA Constitutions, set the time, place and manner of holding elections

Secretary of State, Kathy Boockvar also usurped legislative authority by: Act 77 of 2019 that was signed into law, provides the following clear provisions:

Seven weeks before the 2020 General Election the PA Supreme Court overstepped their bounds by ruling that:

Requests from legislators for independent investigations have been ignored by the administration.

Due to these inconsistent and questionable activities, we believe that PA election results should not have been certified by our Secretary of State.

Members, we ask for more time given the fact that the U.S. Supreme Court is to hear Trump vs. Boockvar in the coming days. We ask that you delay certification of the Electoral College to allow due process as we pursue election integrity in our Commonwealth.

Members of the Pennsylvania Senate

Which is to say, these Congressmen and State Senators have, quite plainly and in detail, made crystal clear what was wrong with the conduct of the presidential election in Pennsylvania.

In response? The United States House and Senate gave a straight up pass to a stolen presidential election.

And in doing so, they have not only trashed the Constitution they took an oath to defend, they have flatly labeled Joe Biden forever as an illegitimate president who is in the White House as a result of a stolen election.

History will not be kind to you.