Under God Evil,gospel,Secularism,Uvalde Confronting Evil in America - The American Spectator | USA News and Politics
Menu
Under God
Confronting Evil in America
A nation of empty souls is desperate for meaning.
by Newt Gingrich
Flags at the White House lowered to half staff on May 25 to honor the memory of the 21 people killed in the Robb school shooting in Uvalde, Texas. (Phil Pasquini/Shutterstock.com) 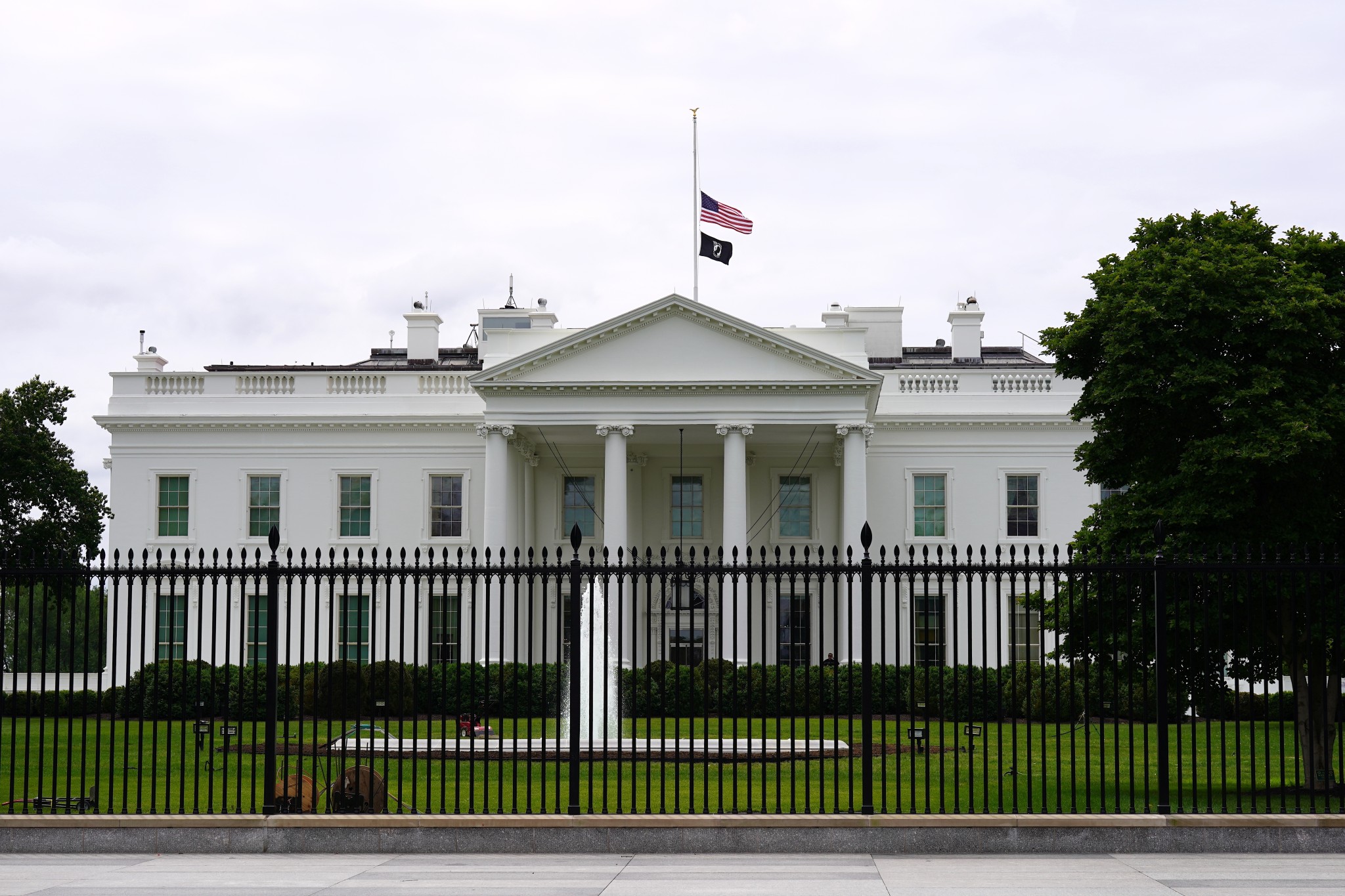 As I listen to the various discussions and speculations about the horrible — but all too common — mass killing at the Uvalde Elementary School, I am haunted by the core analysis that seems to be unacceptable to our elites.

The more than two-centuries-old drive to replace religion with secularism and faith with popular rationale, has been a stunning failure in the disasters it has created for mere mortals.

Swapping Isaiah for Freud and the Gospels for modern psychology has left a nation of empty souls — and a desperation for meaning.

To be clear: I’m not arguing for the converse. Psychology and mental health disciplines are desperately needed — but alone, they are inadequate. When they replace spiritual disciplines, it is to humanity’s detriment.

The vacuum left in people’s lives by the collapse of faith has been filled by alcohol and drug abuse. As people become desperate in the absence of inner faith and meaning, their need for reassurance and a sense of being alive leads to more dangerous addictions. The search for salvation is replaced by the search for sensation.

God warned us in the first of the Ten Commandments: “You shall have no other gods before me.” Today, throughout the Western world, people reject this warning. Far too many people behave as though they have become gods in redefining their sexuality, their right to be addicts, and their right to harm themselves and others. A godless world is a dangerous jungle filled with predators and victims.

In a world of desperate emptiness, predators emerge and organize. Drug cartels and dealers, carjackers, rapists, robbers, and murderers victimize and exploit the innocent.

Ancient Greeks warned that hubris (excessive pride — and specifically a belief that you are beyond the laws of gods and nature) attracts Nemesis (a spirit of vengeance who inflicted retribution upon arrogance and caused powerful humans to fall from great heights to great depths).

The West’s rejection of God and salvation, its focus on self and the right to redefine reality, and the assertion of earthly values over spiritual values, attract the multitude of nemeses we now face.

If we are really going to change the trajectory of decay and death, we must be prepared to bring back into our public dialogue a set of values and ideas that the current establishment will find frightening and totally unacceptable.

Here are a few first steps:

Second, allow prayer in schools. Students should be allowed to pray freely in circumstances which don’t disrupt classrooms.

Third, recognize that the experiment in closing mental hospitals and putting severely ill people on the street has been a huge failure and has led to levels of drug addiction, violence, murder, and decay which would have been unthinkable a generation ago.

Fourth, recognize that bringing God back into public dialogue is essential. The Alcoholics Anonymous 12 steps program is a prime example. Among other things, participants must admit they are powerless; acknowledge they need a greater power to manage their lives; confess their deepest failings to God, themselves, and others; and ask God to forgive and remove those failings from them.

Fifth, we must recognize that Rev. Martin Luther King Jr.’s hope of a country in which the content of our character is more important than the color of our skin suggests that recentering education and much of life on character development is vital. Simply asking what has happened to the character of people who commit violence, sell drugs, and prey upon others starts a totally different conversation about solutions.

Sixth, the drug crisis and the deaths from overdose are now such an epidemic we should re-establish widespread drug testing and mandatory rehabilitation.

Seventh, threats of imminent, aggravated violence on the internet must be quickly detectable, unacceptable, and punishable.

Eighth, the legal system must be radically overhauled so murderers and drug dealers can face speedy punishment. A legal system which takes years to execute sentences — and involves massive procedural obstructions — is a system which separates crime from punishment and has no effective impact on deterring potential criminals. Justice must be swift to deter unacceptable behavior.

I do not assert that I have all the answers — or that I’m totally right. These examples are designed to begin a dialogue. Some of these ideas may work. Some may be rejected. Others may be improved.

Bringing God back into the public dialogue and acknowledging the existence of evil as a real danger to humanity are important first steps.