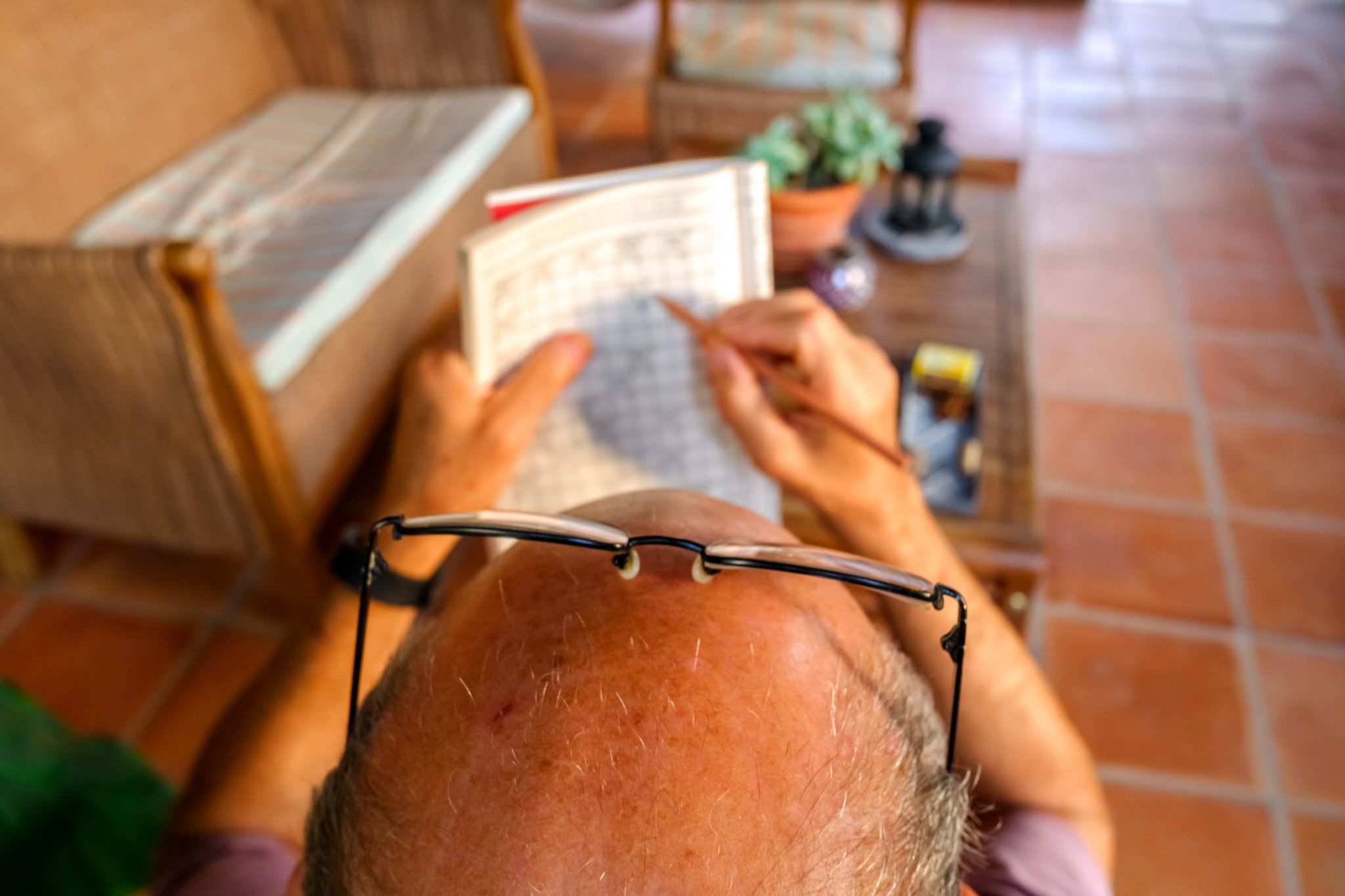 They say you have to train your brain. I did a sudoku today and had to call 911 with a brain cell tangled up in my pancreas. I think my coconut burned out. Now every time I add up, I get hungry. If I do a subtraction, my right eye closes. And if I try to do a square root, I giggle uncontrollably, although that one’s not new. The ensuing phone call with the health insurance company was like a bad trip: I ended up hungry, with one eye closed and in hysterics. All at the same time.

“A very painful wan. I have a neurin tangled up in my pancreas.”

“I beg your pardon?”

“I have a twisted brain cell in my pancreas.”

“How did that happen?”

“And why do you say ‘sudaku’ and not ‘sudoku’ like everybody else?”

“Because since the entanglement, I can’t prinunce the A … ”

“You pronounce the A perfectly. You mean the O?”

“Because it pulls an my pancreas when my muth is in this pisitian.”

“I understand your distress … But you do know that the doctors are at full capacity, don’t you?”

“I’m in isilatiun. Yu’re nit ging to leave me like this, are yu?”

“No, no, no … We can’t leave you with a knotted brain cell in the pancreas! Listen, is it painful to move?”

For a while, after hanging up, I just stood there. Then I realized that that was just silly and that I’d have to sort this mess out myself. I figured that maybe if I put my intellect to work on issues it’s more comfortable with, it might soothe the injury brought on by the sheer mathematical intensity of a sudoku. I knew something like this could happen. I knew that before diving into the sudoku, I should have warmed up with some simple adding and subtracting. But I didn’t. Anxious to lift some heavy math, I jumped straight in, my head overheated, and before I knew it, I had tangled a neuron.

Now I try some easy brain stretching, switching to one of those question-and-answer video games. The arts and literature questions should be a cinch. I’m an intellectual, for God’s sake. Let’s see. First question: “What color was the handlebar on Julie Andrews’ famous bicycle in Mary Poppins?”

I’m dumbstruck. What humiliates me most is that they actually say “famous bicycle.” I move on to another question: “What’s the name of Dan Brown’s mother-in-law’s dog?” Oh, my God! I hardly know who that illiterate individual is. Suppose, in a fit of realism, the dog was called Dan. I answer firmly, “Dan!” Wrong. Correct answer: “Setkalokfer Pfeimankascet.” How could I ever forget that?

Last try: “In which film does Jeff Bridges cough and say, ‘Aaammm … ‘ while scratching his head like he has lice?” I know that one! It’s one of my favorites! “The Big Lebowski!” I reply excitedly. Wrong. Correct answer: “In all of them.” I give up.

I start moping around the house with that melancholy look that only one who has suffered a tangled brain cell in the pancreas from a high-risk sudoku session can understand. Out the window I can see six other neighbors working their sudokus, and none of them seem to be suffering any painful consequences. One of them is answering a sudoku with his right hand and filling in a crossword puzzle with his left. He’s Chinese. It’s no surprise this virus came out so smart.

I finally decided not to use my brain at all for a few days, which is why I’m writing this diary.