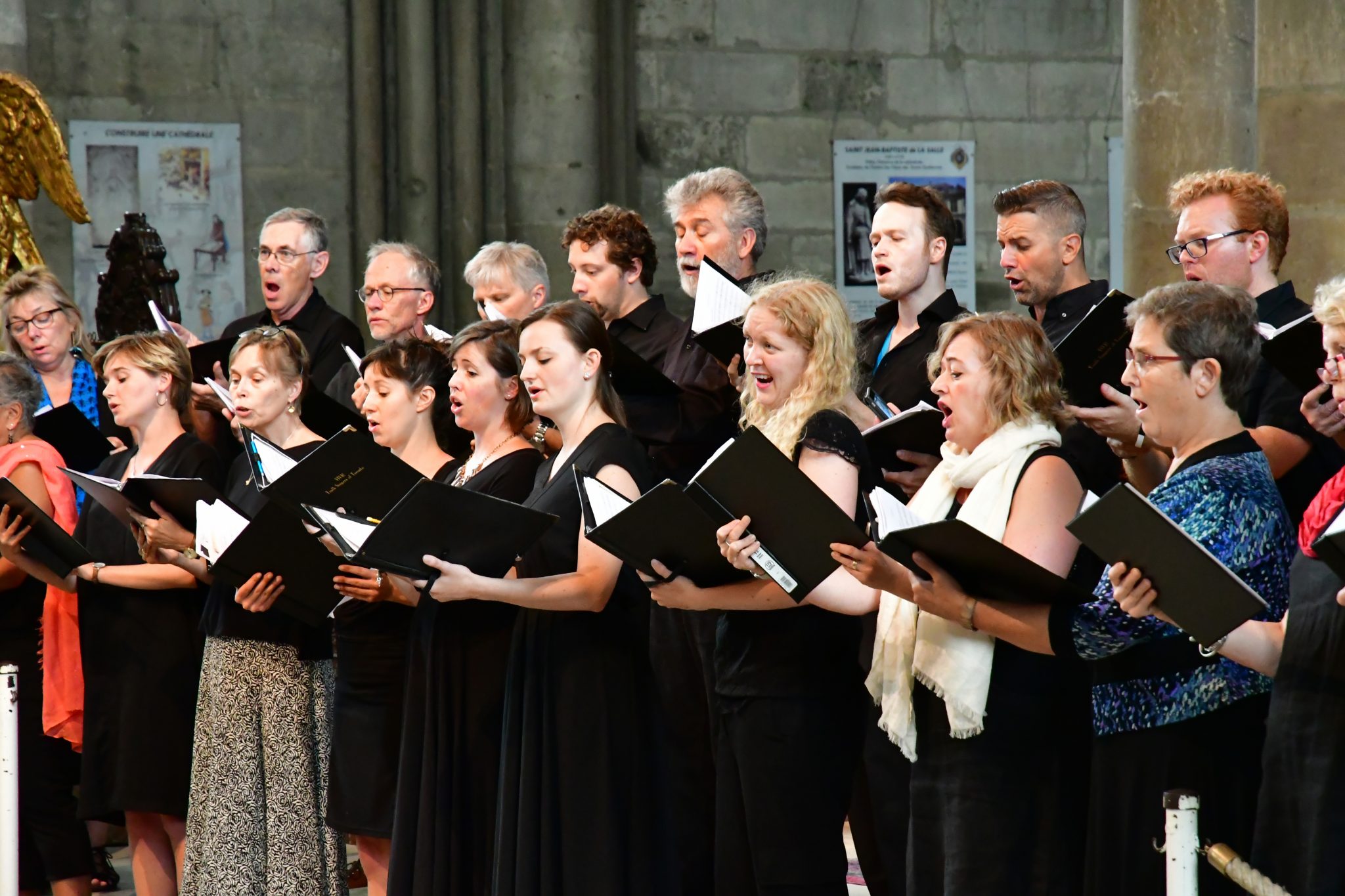 I’ve got a confession to make: California’s quarantine has turned me into a criminal.

Since Gov. Gavin Newsom and his Committee of Public Safety (oops — I mean the Department of Public Health) shut down the economy, I have grown adept at flouting quarantine-related laws. To paraphrase the White Queen in Through the Looking-Glass, I’ve sometimes broken as many as six ridiculous laws before breakfast.

Over the past weekend, however, my outlaw behavior reached a new low: I repeatedly ventured out into public spaces, often for frivolous reasons. I attended two parties in which no one wore masks and where food and drink were served with flagrant disregard for CDPH standards. I shook hands several times. I hugged six people.

Religious leaders have remained relatively quiet. My local bishop has yet to make a single statement criticizing Gov. Newsom’s edicts.

Shameful, I know. If Gov. Newsom had been there, he would have shaken his beautifully coiffured head in dismay and wagged his manicured finger at me.

But that’s not the worst of it. On Sunday, I broke a law that had been on the books only three days since the governor announced it at his most recent press conference on July 1:

I sang in church.

While my voice has been called criminal in the past, this was something else entirely.

Last week, Newsom and the CDPH released revised “suggested guidelines” for houses of worship, which converted “suggestions” on religious practices into prohibitions, i.e., laws. One revision was as potent as it was brief: “Places of worship must therefore discontinue singing and chanting activities.” With the stroke of his pen, Newsom made singing and praying in unison in houses of worship illegal in 19 counties representing more than 70 percent of California’s population. (More counties have been added since then.)

The new law was part of what the governor charmingly called his “dimmer switch” — a tightening of restrictions in response to his benighted citizens’ inability to keep the transmission rate of COVID-19 below a more or less arbitrary “positivity rate” of 6 percent.

In his press conference, Newsom sounded like a disappointed father scolding his unruly children. In this case, though, the father was a slow-witted, cliché-spouting, power-hungry technocrat, and his children were millions of quarantine-frazzled Californians:

Enforcement is a difficult one. And I’m not naive about that.… But that said, we have, I think a responsibility to go after people that are thumbing their nose, that are particularly being aggressive.… We have seven different agencies as part of a strike team that we’re putting out in six regions in this state. I’m not coming out with a fist.… There’s $2.5 billion contingent upon good behavior.

In other words: “I can’t enforce all the onerous executive orders I’ve signed, but if you don’t obey them, I will deny you billions in taxpayer funds and punish you with my strike teams.”

As always, Newsom claims that “Science” and “Data” support his radical intrusion into the free exercise rights of millions of his citizens. Yet the science behind the ban is suprisingly weak. First, CDPH alleges the theoretical (though largely unproven) increased infection rate caused by aerosolized particles released during singing and vocal recitations of prayers. This theory is usually buttressed by various anecdotes. The most notable of these is the now notorious account of a coronavirus outbreak that occurred between March 3 and March 17 in a choral group in Mount Vernon, Washington. After two long rehearsals in a small multipurpose room, roughly 54 of the unmasked 122-person choir (median age 69, a third with underlying health conditions) contracted COVID-19. Three people were hospitalized, and two ultimately died.

These two pieces of “evidence” represent the linchpins of Newsom’s ban on singing and chanting.

I suspect that the prohibition on singing affects Protestants more than Catholics. We Catholics are not usually the most enthusiastic singers. But the ban on “chanting” is aimed squarely at more traditional types — those who enjoy reciting prayers and creeds. Our services have featured communal prayers and singing aloud for roughly two millennia — activities that have never been banned in the U.S. until last week.

In some ways, the new law seems even less constitutional — and less enforceable — than the original shutdown order. Shutting down California was a terrible idea, but at least it was aimed at almost everybody. By contrast, targeting individual religious practices by name is quite specific. As to enforceability, if police officers balk at arresting protesters who are cursing them and destroying public property, it’s unlikely they will be eager to arrest old ladies for singing “Nearer My God to Thee” at Immanuel Presbyterian Church.

Of course, one of many, nasty byproducts of the quarantine is the creation of a new informant class — shamemongers, hall monitors, so-called Karens — people who are willing to ruin your job, your friendships, your family, for defying new social norms. In other words, cops might not be required for compliance at all. Or maybe churches that violate the new law will receive cease and desist letters from the state attorney general’s office, with hefty fines to follow. Or a church leader who is vocal in his or her non-compliance (“aggressive,” as Newsom puts it) will get a surprise audit next year.

Whatever the case, Newsom clearly intends to enforce his recent orders. As the Associated Press reported, “About 200 state inspectors fanned out Friday to look for violators over the long Fourth of July weekend. The new enforcement strike teams issued seven citations in their first day of operation.” The Los Angeles Times reported that state agents from the Department of Alcoholic Beverage Control visited close to 6,000 restaurants and bars during the holiday weekend. In addition, the Division of Occupational Safety and Health contacted 440,000 other businesses to make sure they were complying with the new restrictions.

Religious leaders have remained relatively quiet. My local bishop has yet to make a single statement criticizing the governor’s edicts. In fact, even when the CPDH’s rules were still only suggestions, he ordered pastors to tell their congregations not to sing hymns or recite prayers aloud. When Newsom issued his ban last week, the only change was that those of us who illicitly sang or chanted the Lord’s Prayer now knew we were defying not just our own church’s instructions, but state law as well.

Oh — and our talented cantor had to turn in her microphone.

As an American Catholic, the sudden and complete surrender of hard-fought religious rights has been heartbreaking. Back in March, I expected the California bishops — like More, Becket, Romero, and hundreds of other bishops and priests who have been persecuted for their faith going back to the time of Christ — to resist this blatant overreach. I naively thought that he would challenge civic leaders to respect the free exercise rights of Californians, reminding them that such rights have been protected by the U.S. Constitution for more than two and a half centuries.

Four months later, I no longer harbor such expectations.

In the end, religious groups likely fell in line because the risk of state retaliation — or even another shutdown — is very real. Moreover, loans received by religious organizations through the Paycheck Protection Program (as recently reported by the Associated Press, which focused only on funds given to Catholic churches, misleadingly treating them as a single, monolithic entity) create powerful incentives to stay quiet.

Perhaps this explains why some religious leaders have tried to “out-Newsom” Newsom. For instance, my bishop didn’t restart in-person religious services until three weeks after the governor allowed churches to reopen. Our diocese’s reopening rules sometimes exceeded the CPDH’s exhaustive guidelines: Only 100 parishioners are allowed per Mass, despite the fact that our sanctuary seats 700. Attendees must make reservations. We sit in small islands of chairs scattered about the sanctuary. We must wear masks as soon as we step foot on the property. We’re forbidden to spend time with others before or afterward. Seats and surfaces are sprayed with disinfectant between services. Every other parking space is off limits, etc., etc.

Given these rules, it should come as no surprise that my post-shutdown worship experience has been mediocre at best. Usually, it’s downright funereal.

If you had told me in March that state governments would force churches to close down, and later, prohibit specific worship practices — all out of an overabundance of caution over a pandemic with a 1 percent mortality rate, I would have told you to take off your tinfoil hat. Why? Because the language of the First Amendment is crystal clear: “Congress shall make no law respecting an establishment of religion, or prohibiting the free exercise thereof.” And as Judge Daniel Collins puts it in his scathing dissent in the Ninth Circuit decision upholding the shutdowns in California: “There is no pandemic exception to the U.S. Constitution and its Bill of Rights.”

Well, judge, the U.S. Constitution might not have one, but apparently California does.

On July 13, a day after this article appeared, Gov. Gavin Newsom issued an executive order (the latest of more than 45 since his election), once again shutting down most of California’s economy indefinitely. This includes all houses of worship, although it appears an exception for outdoor services exists (no word on whether or not singing is acceptable again). Newsom said he made this decision based on a surge of new COVID-19 cases and a 30 percent increase in hospitalizations. Never mind that testing continues to increase across the state. Or that the lethality of the disease has lessened. Or that one’s overall chances of dying from COVID remain roughly 0.02 percent. Or that our death rate per 100,000 is 18, compared to 175 in New York and 166 in New Jersey. Or that nearly 80 percent of fatalities are among those over 65 years old, the majority of whom have underlying health conditions. Or that there have been zero deaths of children under the age of 17.

Few if any of these facts found their way into the articles accompanying Newsom’s announcement. If one demands actual evidence that might show whether or not attendance at gyms, churches, restaurants, etc. is behind the increase in cases — or if one questions whether the costs to society of another shutdown might outweigh the benefits — one is labeled an unfeeling monster who hates science. That is because this shutdown, like the last, is much less about science or evidence than anyone cares to admit. It is far easier for a government to control its citizens if they are in a state of fear.

Rob Crisell is a writer, actor, teacher, and attorney in Southern California. After two decades in publishing, national nonprofit work, law, and commercial real estate, Rob is now a full-time writer and educator. He is the author of two books: The Zoo of Impossible Animals (an adventure novel for children) and Shakespeare’s Book of Wisdom. He is a graduate of Yale University and George Mason University Law School. For details, visit his website at www.robcrisell.com or his YouTube channel.