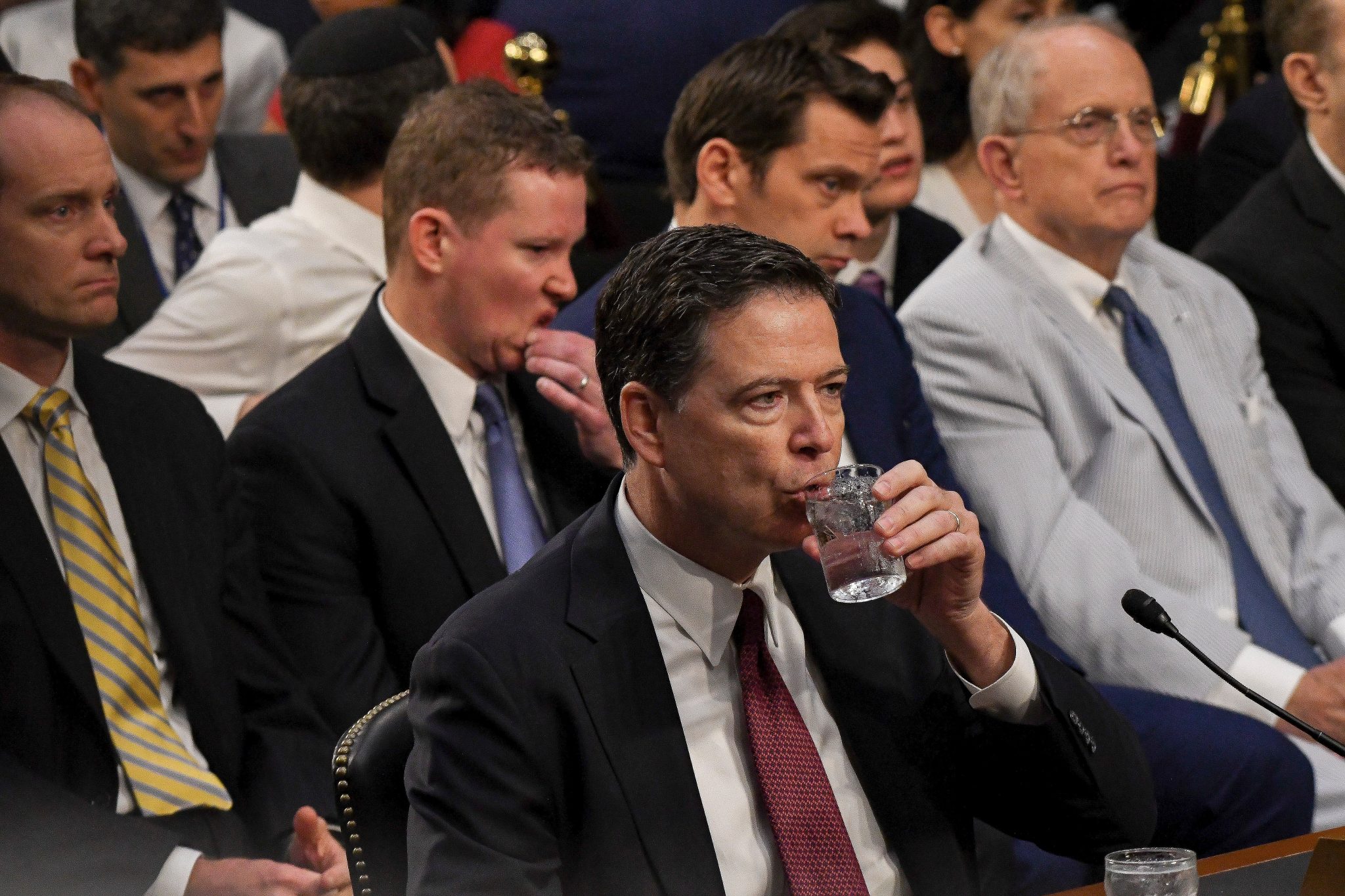 Friday’s news brought the welcome report that U.S. Attorney John Durham, investigating possibly illegal misconduct by the FBI and CIA against the Trump campaign, is focusing on the FBI’s illegal acts in prosecuting President Trump’s first national security adviser, Gen. Michael Flynn. According to reports by the Washington Examiner and Fox News, Durham is looking closely at newly revealed documents in the Flynn case.

As I wrote here on September 2, there was a conspiracy between the FBI and CIA to prevent Trump’s election and, when that failed, to interfere in his transition to the presidency. The conspiracy aimed at violating the civil rights of Trump and others, including Flynn and Carter Page. As that column explained, acting under color of law — i.e., as a federal official — to violate someone’s civil rights is illegal under 18 U.S. Code Section 242. A conspiracy to do so is a felony under 18 U.S. Code Section 371 punishable by five years in jail.

What was done to Flynn — apparently by then-FBI director James Comey, then-deputy director Andrew McCabe, then-assistant director Bill Priestap, and middle-level managers such as then-FBI agent Peter Strzok — was illegal. People should be punished for what was done to Mike Flynn and the other targets of the conspiracy.

By the beginning of his second term in 2013, Obama had thoroughly politicized the intelligence community (IC). His director of national intelligence, James Clapper, and his CIA director, John Brennan, oversaw the IC to ensure it sang Obama’s song to Congress and the public despite the facts.

Flynn’s conviction should be overturned, his confession withdrawn, and the Justice Department required to bring the case to trial or dismiss it.

Flynn was appointed director of the Defense Intelligence Agency (DIA) in 2012 and fired in 2014 after not toeing the Obama line. When asked in a Senate hearing if al-Qaeda was on the run — as Obama claimed — Flynn said it wasn’t. He was fired from the DIA job soon after.

When Trump won the election, Obama reportedly took the trouble to warn Trump not to hire Flynn. Why? Was it negative psychology to ensure Trump hired Flynn, or — more likely — was it because Obama didn’t want his politicization of the IC overturned by a maverick like Flynn?

Whatever Obama’s intent, the FBI began the Flynn investigation on the basis of two December 2016 conversations between Flynn — as incoming national security adviser — and then-Russian ambassador to the U.S. Sergei Kislyak. Those conversations were recorded, as many diplomats’ conversations are, by the FBI or NSA. In one or both of the conversations, Flynn and Kislyak spoke about the sanctions imposed on Russia because of its conquest of the Crimea, a part of Ukraine.

Stop there for a moment. As incoming national security adviser, it was entirely appropriate for Flynn to discuss any number of matters, including the sanctions, with Kislyak. Moreover, as an old intel hand, Flynn would have known the conversations with Kislyak would be recorded and would have been on his guard against overstepping his bounds.

Almost all you need to know about the FBI’s abuse of power in the Flynn case is contained in notes made by Bill Priestap, then the FBI’s assistant director for counterintelligence.

Priestap’s notes, reportedly written after (during?) a meeting with James Comey and Andrew McCabe, were made before the FBI interviewed Gen. Flynn. The notes say, in part, “What is our goal? Truth/Admission, or to get him to lie, so we can prosecute him or get him fired?”

That is evocative of the chief of Joseph Stalin’s secret police, Lavrenti Beria, who said, “Show me the man and I’ll show you the crime.” In the 1930s, Stalin and Beria combined to falsely charge (and then execute or exile to Siberia) many of Stalin’s rivals.

The fact that Priestap — and, we must conclude, Comey and McCabe — were even thinking in those terms betrays a malevolent attitude toward the law and the facts worthy of Stalin and Beria.

But let’s not get carried away. Priestap’s notes go on to say that the FBI shouldn’t play games and that “the institution” — the FBI — be protected. Those notes don’t exonerate Flynn. But they do make clear something else.

The “protect the institution” line is one more piece of evidence showing that no matter how desperate the FBI was to “get” Trump, Page, and Flynn, their overriding motivation has always been to not get caught in their illegal conduct. From the outset of Rep. Devin Nunes’s (R-Calif.) investigation into the FBI and CIA conduct in 2016–17, both agencies have gone to extraordinary lengths to cover up their actions.

Consider just two examples. It is only by the declassification of some footnotes to the Justice Department Inspector General’s report — made grudgingly and only when ordered by Attorney General Bill Barr — that we learned the FBI itself believed that portions of the Steele dossier were the product of Russian disinformation. It was only by direct presidential order that the “Nunes memo” — written by Nunes when he was chairman of the House Permanent Select Committee on Intelligence — we learned the FBI, in obtaining Foreign Intelligence Surveillance Court warrants, didn’t tell the court that the basis for their applications was nothing more than the Steele dossier.

The FBI and CIA continue to insist on keeping classified and not revealing to Congress documents that would reveal their misconduct and law-breaking. Which brings us back to the prosecution of Gen. Flynn.

According to documents released last week, the investigation of Gen. Flynn had been closed by the FBI. It was then reopened by rabidly anti-Trump FBI agent Peter Strzok.

Flynn was interviewed on January 24, 2017, without the FBI warning him that it was an investigatory interview. Comey later said he sent the interviewing agents into the White House “something we, I probably wouldn’t have done or gotten away with in a more organized investigation — a more organized administration.”

Stop there for a minute. The FBI’s investigation of Flynn — called “Crossfire Razor” — was apparently begun as an offshoot to the failed “Crossfire Hurricane” investigation into Trump and his campaign for supposed collaboration with the Russians to affect the outcome of the 2016 election. As the report by special counsel Robert Mueller revealed, there was no such collaboration.

Trump fired Flynn on February 13, 2017, after Flynn apparently lied to Vice President Mike Pence, saying that he’d not talked about sanctions with Kislyak.

When Flynn was fired, the FBI continued its pursuit of him, resulting in indictments for lying to the FBI in the January interview. He confessed and was convicted. Now, having replaced his lawyers, Flynn is trying to withdraw his confession and set aside his conviction.

The confession, we have to understand, was effectively forced on Flynn by Justice Department threats to prosecute his son on other invented charges.

What should happen now is pretty clear. Flynn’s conviction should be overturned, his confession withdrawn, and the Justice Department required to bring the case to trial or dismiss it. It’s almost impossible to see how a conviction could happen in light of all the evidence of FBI misconduct.

Trump has hinted at pardoning Flynn. He should wait for the judge’s decision on withdrawing Flynn’s confession. If the confession is withdrawn, and the Justice Department forced to go to trial, Barr should intervene and require that the charges be dismissed. That would be better than a pardon because a pardon is a statement that Flynn was guilty. Only if a trial is held and Flynn is convicted should Trump pardon him.

What happens to Flynn is important, but far more important is for Durham to bring indictments against Comey’s Stalinists and their co-conspirators in the CIA and other parts of the IC. Most, but not all of them — e.g., Trump’s CIA Director Gina Haspel, who apparently ran the overseas parts of the “Crossfire Hurricane” investigation — are no longer government employees. All of them need to be brought to justice before we can be sure that Obama’s politicization of the IC has been ended.

As I have written several times, what the FBI and CIA did in “Crossfire Hurricane” was worse than Watergate. Those responsible should be treated no less harshly than the perpetrators of that scandal.