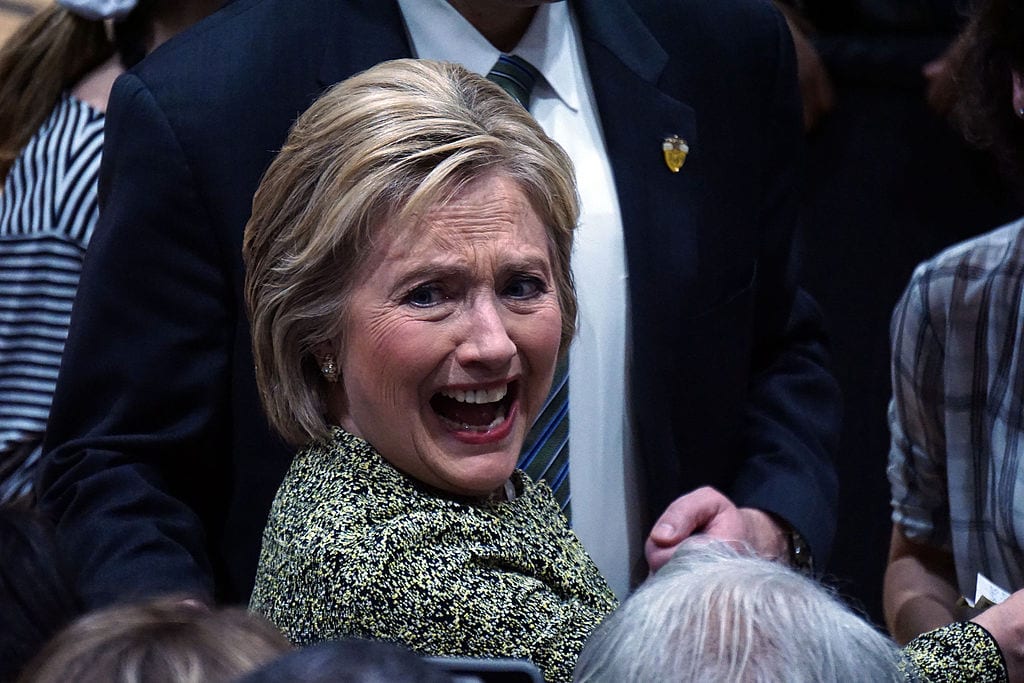 Hillary Clinton has a long history of hiring private investigators to harass opponents. She famously unleashed San Francisco PI Jack Palladino on Gennifer Flowers. So it is not at all surprising to find one of these dirt-diggers at the center of the scandal around the bogus dossier she paid ex-British spy Christopher Steele to assemble. It turns out that Steele, whose credentials the media insists are so impeccable, served as a conduit between the FBI and Cody Shearer, one of Hillary’s scummiest hatchet men. That alone shatters Steele’s much-vaunted “credibility.”

In years past, Shearer served the Clintons as an extinguisher of sex scandals. In 2016, he helped Hillary try to create one. Steele sent to the FBI Shearer’s anti-Trump smears in an attempt to back up his notorious “pee tape” dossier. Here is the Washington Post’s description of the hand-off:

In October, [Steele] shared with his contacts at the bureau another report he had received from a State Department employee about Trump and Russia, according to people familiar with the document. It was written by Cody Shearer, a freelance journalist who was friends with Hillary and Bill Clinton. Shearer gave it to author and Clinton confidant Sidney Blumenthal, who transmitted it to Jonathan Winer, then a State Department official.

The memo claimed that a source inside the Russian Federal Security Service (FSB) spy agency alleged that Trump had financial ties to influential Russians and that the FSB had evidence of him engaging in compromising personal behavior, according to a copy obtained by The Post.

Given Steele’s penchant for using himself as a source — the Nunes memo shows that he managed to get the FBI to use one of his planted stories in the press as “corroboration” of his dossier in a FISA warrant — the supposedly separate Shearer report in all likelihood was just another smoke-and-mirrors attempt by Steele to amplify his dossier while simply regurgitating it. Steele created a maze in which his smoke could waft through various doors: a pliable press, a politicized FBI, “Russian sources” that for all we know were nothing more than disinformation specialists, and Hillary’s campaign hacks. Does it really matter whether Steele was laundering his lies through Shearer or Shearer through Steele? The whole business is from beginning to end a Hillary-financed smear, no matter how you slice it.

Hillary has long made use of Shearer’s services. The press notes his status as a member of her “private spy network” during her tenure at the State Department. But before that, he had distinguished himself as a ruling-class dirty trickster, capable of navigating worlds both high (his in-law was Strobe Talbott and his brother an ambassador for Bill Clinton) and low (he has played roles in various scandals), from John Tower’s sex-and-booze meltdown in the 1980s to a frame job of Dan Quayle as a druggie to a harasser of Bill Clinton’s female accusers.

This week Kathleen Willey, whom Bill Clinton pawed in the White House, tweeted out her remembrances of Shearer:

Cody Shearer intimidated and terrorized me for well over two years at the behest of HRC. I came home to a 1 yr. old, healthy pet. Another went missing. My car was vandalized. I encountered a stranger under my deck at 3 am one morning. Now he produces a bogus dossier?

Shearer has also been tied to Terry Lenzner, another beauty from the Lewinsky era who organized harassment of Bill’s female accusers. All of this tawdry work prepared Shearer for his final smear in service to Hillary: claiming that the Kremlin was holding a “pee tape” and other ludicrous kompromat over Donald Trump’s head.

The aforementioned Post story says that Steele was counseled by a British diplomat to work with the “right sort of people” in America to publicize his dossier. You know, upstanding types like Cody Shearer. In this despicable debacle, we have seen what happens when the “right sort of people” vouch for each other and their hyperventilating. Out of this echo chamber of the entitled came the only collusion in the race: the United States government spying on the Trump campaign on nothing more than the say-so of smear artists financed and groomed by Trump’s opponent.

Increasingly it appears this dossier scam is another product of the Clinton cabal.