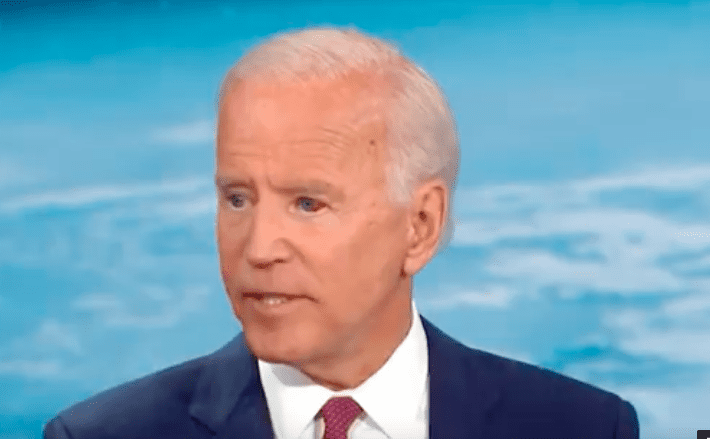 CNN hosted a climate change town hall event Wednesday night long enough to make eyes glaze over — in one case, with blood. The network placed dead last among the three major cable news channels in the ratings with an average of 1.1 million viewers over the seven-hour event. Just a tiny fraction of Americans views climate change as the most important problem facing America, even if candidates compared it to World War II, claimed it has caused cancer and wars, and said it requires “population control” to solve.

For candidates less interested in telling voters what should concern them and more interested in listening to voters about what does concern them, health care provides an issue on which to run. Strangely, less than a year removed from a mid-term election victory driven in large part by campaigning on health care, Democrats put the issue, if not on the back burner, then at least on simmer.

Health care devours 18 percent of the American economy. According to the Centers for Medicare and Medicaid Services (CMS), that share will reach 20 percent by the middle of the coming decade. Federal, state, and local governments account for 45 percent of the $3.5 trillion or so Americans spend on health care annually. This makes health care an economic, budget, and deficit issue atop its acting as a life-and-death concern. It matters to voters in a real, tangible way, and not in an abstract sense like climate change.

The popularity of “Medicare for All” among the Democrat candidates misses the point in two major ways.

First, health care remains for most voters a question of affordability, not access. About 9 percent of Americans lack health insurance. The majority of the other 91 percent do not see this as good reason to replace their coverage with something different.

Second, by vilifying private insurance plans to the point of calling for their outlawing, Medicare for All backers demonstrate an ignorance of what ails health care. UnitedHealthcare, the largest health-care company in the world, processes $1 trillion of $3.5 trillion spent on health care in the United States. They retain about 1 percent of that. The problem primarily lies with the cost of hospitals, doctors, and drugs. Together, the trio combines for 63 percent of all health-care costs, according to CMS. Voters may blame insurance companies because they receive a bill from them. But those bills generally originate from hospitals, doctors, and drugs.

A study by Yale researchers in Health Affairs placed blame upon hospitals, often beloved institutions within communities and certainly not reviled in the manner of insurance or pharmaceutical companies, for much of the medical inflation. “We found that in the period 2007–14 hospital prices grew substantially faster than physician prices,” the researchers note.

Competition in health care must come mostly between hospitals. Doctors will be employees of hospitals or will contract with hospitals, who may bid cost of covering each patient or family. The objective? Every patient receiving high-end care from his or her hospital or the clinic owned by the hospital. Hospitals require a large patient base, so they self-insure for patients with high cost. To protect against poor services from hospitals and its doctors, employer plans need to consider changing to other hospitals on an annual basis. Medicare, Medicaid, and Affordable Care Act exchanges must have the same opportunity to change hospitals each year. When hospitals compete for patients from large insurers, whether private or government ones, that incentivizes cost reductions.

When people get sick, they go to the hospital. When hospitals get sick, we give them more money. The heretofore cure, unfortunately, serves as the disease — as every monorail, spa, and indoor waterfall at American hospitals indicates.