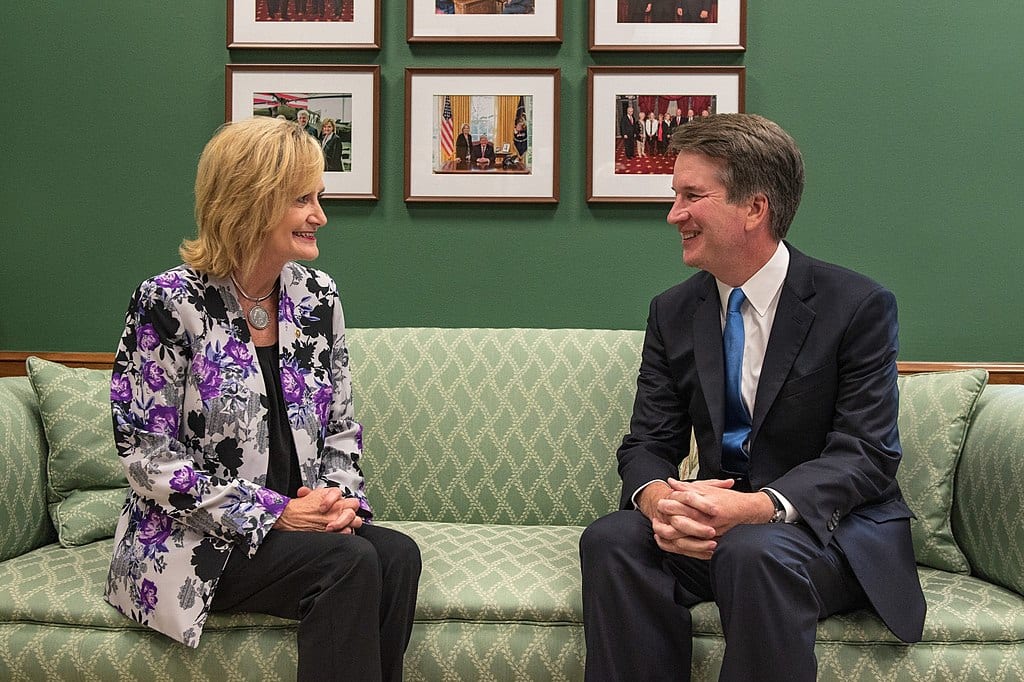 Every election cycle the legacy media accuse any and all southern Republicans of reviving Jim Crow, while studiously ignoring the inconvenient fact that it was the Democrats who presided over the era of racial segregation. During the recent midterms, for example, they dubbed Illinois native Rick Scott, “Florida’s Jim Crow governor.” In Georgia, they claimed without evidence that GOP gubernatorial candidate Brian Kemp had suppressed the black vote while secretary of state. And now the media lynch mob has gone to Mississippi, where they hope to string up GOP Senator Cindy Hyde-Smith for transparently meritless and frivolous charges.

Hyde-Smith was Mississippi Commissioner of Agriculture and Commerce when appointed last March by Governor Phil Bryant to replace ailing U.S. Senator Thad Cochran. She is now defending that seat against Clinton crony Mike Espy. The media have devoted little coverage to Espy’s ouster for corruption from his position as Agriculture Secretary, and even less to his lobbying efforts on behalf of war criminal Laurent Gbagbo. They have found plenty of space for a 1975 photo in Hyde-Smith’s high school year book, her visit to a Mississippi historical site, and a semi-audible video in which she allegedly discusses voter suppression.

But Hyde-Smith’s worst crime was her use of the term “public hanging.” After a supporter praised her at a rally she said, “If he invited me to a public hanging, I’d be on the front row.” It was clearly an offhand remark with no racial or any other serious meaning. And that’s how everyone present took it. But social justice warrior cum “journalist” Lamar White got a copy, edited the original, and gleefully Tweeted a version he clearly hoped would aid Espy and the Democrats. White claims Hyde-Smith wasn’t kidding, but a more honest take can be found at the New York Times, whose editors had to ask a linguist to decode the expression:

Paul Reed, a University of Alabama professor who specializes in the sociolinguistic history of Southern and Appalachian English varieties… said that the phrase had indeed once been used as an expression of regard. People would use the idiom to convey that they thought so highly of someone they would attend something as distasteful as a public hanging with him.

In other words, it’s just an antiquated expression and perhaps a poor choice of words in a media environment where the slightest faux pas by any Republican is presented to the world as evidence of a serious character flaw. But it isn’t the “racist dog whistle” the media has made it out to be. Which raises an interesting conundrum concerning such signals: How is it that progressives are able to hear them? The primary characteristic of an actual dog whistle is that it emits a sound audible only to canines. Likewise, the metaphorical racist dog whistle should only be audible to racists. How, then, can progressives always hear them so clearly?

But I digress. The real problem the Democrats have with Cindy Hyde-Smith has nothing to do with dogs or whistles or a revival of Jim Crow. It is that, on November 6, about 60 percent of Mississippi voters pulled the lever for someone other than Mike Espy. Moreover, the latest polls show Hyde-Smith with a double-digit lead. An RRH Election poll conducted November 19-21 and 23-24 shows her ahead by 10 points (54 percent to 44 percent). And the election is tomorrow. It’s going to take more than a few lefty lurkers taking surreptitious videos and sending them to vanity publishers like Lamar White to overcome that kind of GOP lead.

And Espy has little to offer the conservatives who make up most of the Mississippi electorate. Even without scandals like that which got him fired from the Clinton administration and the blood money he took from Laurent Gbagbo, Espy would have trouble selling the current crop of bad Democrat ideas to voters of the Magnolia State. He claims to be for secure borders, but is against building “the wall.” He’s against President Trump’s economic policies, but during the past year they have brought Mississippi its lowest unemployment rate ever. On health care, he simply parrots the standard euphemisms about protecting abortion on demand:

Espy will fight for women’s rights so that women’s reproductive health is free from gender discrimination, targeting especially the availability of sufficient health insurance coverage and medical services. Women should have the basic right to make their own decisions about their personal health.

Hyde-Smith, on the other hand, supports the Trump agenda in a state that he carried by a margin of 18 percent in 2016. During her six months in the U.S. Senate she has voted with the President 100 percent of the time, including the confirmation of now-Justice Brett Kavanaugh to SCOTUS, Mike Pompeo for Secretary of State, Gina Haspel for Director of the CIA, Robert Wilkie for Secretary of Veterans Affairs, expanding private health care options for veterans, reinstating net neutrality rules, expanding short-term health plans, etc. And she has his support. Yesterday he tweeted that he will be holding two rallies on her behalf in Mississippi:

I will be in Gulfport and Tupelo, Mississippi, on Monday night doing two Rallies for Senator Hyde-Smith, who has a very important Election on Tuesday. She is an outstanding person who is strong on the Border, Crime, Military, our great Vets, Healthcare & the 2nd A. Needed in D.C.

So, what do you think will matter more to the voters of the Magnolia State tomorrow: Jobs or forty-year-old photos in high school yearbooks? Lower taxes or lies about public hangings? Border security or balderdash about voter suppression? Donald Trump’s accomplishments or Democrat promises? Senator Cindy Hyde-Smith or the media lynch mob?