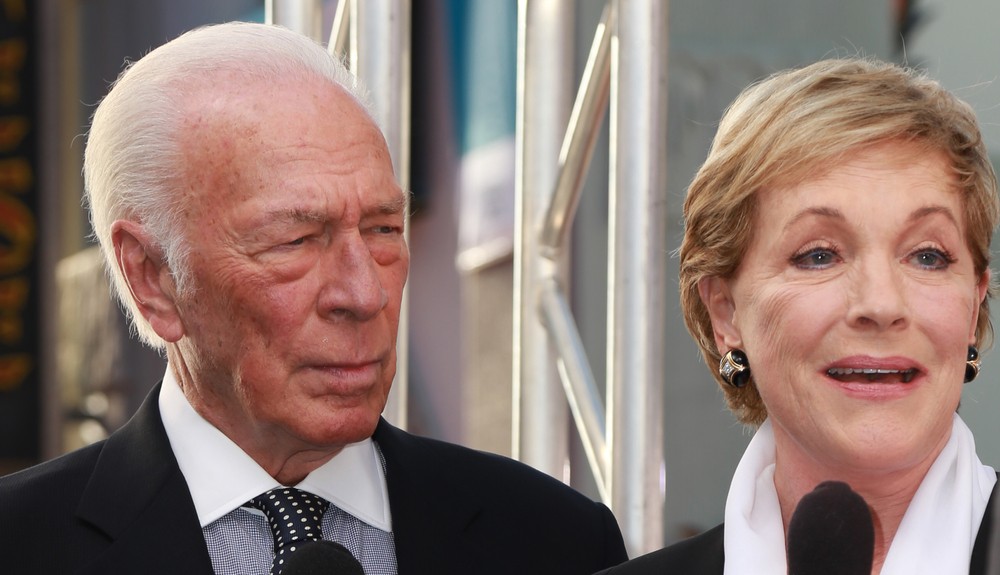 Stage and screen actor Christopher Plummer died peacefully Friday at his home in Connecticut with his wife of 53 years, Elaine Taylor, by his side. He was 91.

In an acting career of almost 70 years, the Toronto-born Plummer won an Oscar, two Emmys, and two Tony awards and was nominated multiple other times for these honors. The Oscar was for best supporting actor in 2012’s Beginners, making Plummer, then 82 and hardly a beginner, the oldest actor to win an Oscar.

Of course Plummer’s best known role was in 1965’s mega-hit The Sound of Music. Plummer played Captain von Trapp against Julie Andrews’ Maria. The movie ran the awards table, including an Oscar for Best Picture, and promoted Plummer from the status of able but little-known actor to international star.

Plummer appreciated the career boost but admitted he, to put it mildly, wasn’t over-fond of the saccharine musical, which he often referred to as “The Sound of Mucus,” or even more mercilessly as “S&M.” He also didn’t like the von Trapp character he portrayed, whom he accurately described as “humorless and one-dimensional,” a “cardboard figure.”

It may be near sacrilege in a conservative magazine, but I have to admit I’m with Christopher on this. The movie was and remains wildly popular. It beat out David Lean’s Dr. Zhivago for Best Picture in 1966 (there’s just no accounting for taste) and is still watched today. But it’s a terrible death to be wholesomed to death. The movie is over-long, humorless, and so sweet as to risk a breakout of hyperglycemia in the general population. The only joke in the movie, which most viewers don’t even notice, is that von Trapp reached the rank of captain in the navy of land-locked Austria. But I’ll retire here before Sound of Music fans start passing out the torches and pitchforks and come after me.

While Plummer didn’t care for the role of the pointless and ship-less captain, it led to his being offered roles that he did find simpatico. Even though he had the acting chops and was a handsome dog, he rarely played the leading man, even after Sound of Music. He preferred character roles that he found more meaty. One didn’t get the girl this way, or the biggest bucks, but he found these roles more professionally satisfying. Plummer was not just a movie star; he was an actor. And a fine one. He preferred work that called on his considerable talents.

“I’m not a super star — thank God,” Plummer said in an interview with the New York Times in 1982. “Christ, to be a super star must be extremely tiring and limiting.”

The character work came along, roles in which he played good guys and heavies with equal facility. The list is long, but the movies include such as The Girl With the Dragon Tattoo, A Beautiful Mind, Inside Man, Dolores Claiborne, The Lake House, Remember, The Night of the Generals, and most recently, 2019’s Knives Out. His 2009 portrayal of Leo Tolstoy in his final months in The Last Station earned him another Oscar nomination. He also played Rudyard Kipling in The Man Who Would be King. Plummer was chosen to replace Kevin Spacey in 2017’s All the Money in the World when that actor’s career threw a shoe.

Because of his preference for the smaller character roles that, when done well, add to a movie without being its center of gravity, Plummer may have been one of the finest actors that many film buffs don’t recognize. “Isn’t he Albert Finney?”

In a long and busy stage career Plummer did play some “leading men.” He had the voice, the intellect, and the presence to do more than justice to the demanding roles of Hamlet, Macbeth, and, later in life, King Lear. His performance in this last fetched him another Tony nomination.

There was a lot of television work too. Some of it fine, some of it forgettable. As with any actor with a long filmography, there will be some turkeys. True even with Plummer. No need to dwell on these here beyond saying that any shortcomings of these movies were not down to Plummer’s acting.

In addition to his acting accomplishments, Plummer, by the report of those who knew him, was well liked. A true gentleman. His moving on is a loss. But he leaves behind a large body of work to be enjoyed by those who appreciate fine acting.