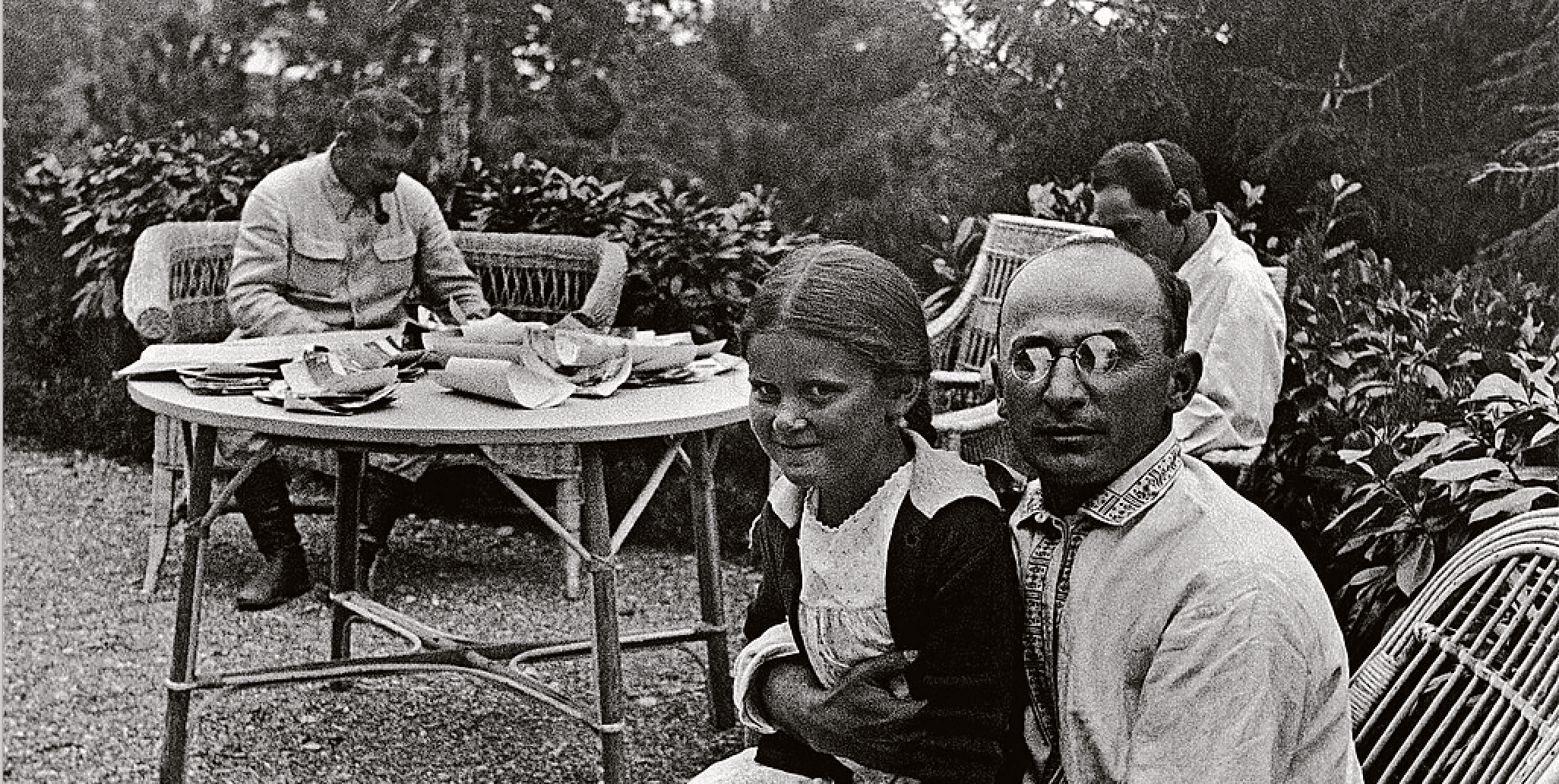 The Cold War eased slightly in 1953. In July, an armistice ended fighting in the Korean War, though a peace treaty remained out of reach. It was the death of Soviet dictator Joseph Stalin on March 5 which allowed that conflict to end. His successors wanted to reduce tensions and redirect national resources. But the best chance for serious reform died along with Stalin’s secret police chief in December.

Officially, Stalin suffered a cerebral hemorrhage. However, Lavrentiy Pavlovich Beria, longtime head of the People’s Commissariat for Internal Affairs, or NKVD — the secret police boss who killed so many on Stalin’s orders — is suspected of poisoning Stalin. After the war, Beria had yielded direct control of the NKVD (which became the Ministry of State Security, or MGB) while overseeing general national security affairs. Stalin consciously weakened Beria’s authority and appeared to be preparing a new purge; the former’s earlier political cleansings, highlighted by mass arrests and murders, began with removal and execution of the security chief who managed the previous bloody campaign. Beria was living on borrowed time and knew it.

Since everyone in the leadership likely breathed more freely with Stalin dead, no one was inclined to investigate his passage across the river Styx. A collective leadership emerged. Initially, Georgy Malenkov was first among equals, later to be supplanted by Nikita Khrushchev.

Beria was Minister of Internal Affairs — which absorbed the MGB after Stalin’s death — and first deputy prime minister. Most important, he controlled an army of sorts, armed personnel who could be deployed throughout the capital. And no one was immune to blackmail, intimidation, or arrest — the much feared dawn knock at the door. The only person who previously had held Beria in check was Stalin, the early Bolshevik who had out-maneuvered and murdered most of his one-time revolutionary comrades. Even Leon Trotsky, the legendary Red Army commander who suppressed the Kronstadt rebellion, proved no match for Stalin.

Almost certainly Beria desired to grab the top spot. Those around him feared he might win it. In June, Malenkov, Khrushchev, and Foreign Minister Vyacheslav Molotov, with the assistance of Marshal Georgy Zhukov and a squad of armed officers — whose sidearms proved useful after Beria was separated from his bodyguards — arrested the security chief. He was charged with being an “imperialist agent” and conducting “criminal anti-party and anti-state activities.” Relieved of his posts, he was tried and executed on December 23rd. According to official accounts, anyway. He might have been killed shortly after he was arrested. Alive he remained dangerous. With the sentence foreordained, why wait for the verdict?

Decades later Beria’s son, Sergo, went to court seeking rehabilitation for his father. With communism behind them, Russians began seeking a measure of justice for the endless crimes committed in the name of the Revolution. Beria père was a loving family man who sought to temper Stalin’s excesses, argued Sergo. However, the NKVD head did far more than just “follow orders,” even if that would be an adequate excuse. He initiated the infamous Katyn murders of Polish POWs and intellectuals, for instance, proposing their execution to Stalin. Beria, like the Nazis, employed slave labor, inmates incarcerated in the NKVD-controlled Gulag, for armaments production. He also was in charge of the murderous mass deportation of ethnic minorities as the war concluded.

Contrast that to the case of those seeking judicial vindication who had been imprisoned or executed by Beria’s NKVD. Even though his supposed trial was less than fair, the judges were unmoved. Of course, it is unfair that his master today remains buried in a place of honor in front of the Kremlin Wall in what is called the Kremlin Wall Necropolis: visit Moscow and you can pay homage to one of history’s greatest mass murderers. Nevertheless, there would be no whitewash of the great executioner’s role.

Yet there was another side to Beria, one that could have transformed the Cold War decades earlier. Although a loathsome mass murderer and rapist — he was noted for kidnapping young women whom he found attractive — he was competent and effective. Not just in brutal repression. During World War II, he oversaw the production of strategic raw materials; later Stalin placed Beria in charge of the nuclear weapons program. An academic horrified by Beria’s crimes, Yury Khariton, nevertheless admitted that “It was impossible not to admit his intellect, willpower, and purposefulness. He was a first class manager, able to bring every job to its conclusion.”

More significant, he was no doctrinaire communist, despite joining the Bolsheviks. During the ensuing civil war, Beria fought against the Red Army and was almost executed after his surrender. He expressed no political views as he rose through the security services. When freed from Stalin’s oversight, he veered toward the liberal, even radical. Perhaps this should not be surprising. As the Soviet Union wound down, KGB operatives were among the most worldly and cynical officials. When Vladimir Putin took over first as Russia’s prime minister and then president, he showed no ideological animus toward the West. He was evidently a Russian nationalist as opposed to believing communist. Beria, a Georgian by birth, seemed to hold a similar perspective.

Beria began the process of destalinization by playing tapes of his conversations with the late dictator to the Communist Party Central Committee. He initiated an amnesty for almost a million prisoners, though political detainees were excluded. “Then prison conditions were suddenly relaxed and there was talk of reforming the brutal criminal codes,” wrote author Amy Knight in the New York Times.

Beria also halted steps taken as part of a new Stalinist purge: for instance, after Stalin’s death, Beria freed Jewish physicians accused of murdering Soviet leaders in the bizarre “doctors’ plot” and arrested the security officials in charge. Beria also cut back his ministry’s economic activities, which relied on slave labor, and transferred responsibility for the Gulag to the Ministry of Justice.

Extraordinary, but there was more.

Beria criticized the emphasis on Russification of ethnic minorities, urging respect for local identities. Explained Knight, he “called for the appointment of natives to leadership posts in the non-Russian republics and for the use of native languages in official business and schools. Russian officials were quickly replaced and sent back to Moscow.”

He indicated the possibility of allowing Estonia, Latvia, and Lithuania, forcibly swallowed by the USSR after the culmination of the Hitler-Stalin pact, to reclaim their national autonomies, though remaining subservient to Moscow, like the other Eastern European satellites. Most important, Beria, who under Stalin had no foreign policy responsibilities, apparently favored allowing German reunification, trading a neutral Germany for Western financial aid to the Soviet Union. He recommended that East Germany’s leaders stop attempting to impose socialism on a hostile population and said of the so-called German Democratic Republic: “It’s not even a real state but one kept in being only by Soviet troops.”

In short, Beria imagined the end of the Cold War 36 years before the fall of the Berlin Wall. Indeed, had he had his way, the infamous barrier would never have been built since the city and country long before would have been united.

No doubt Beria’s colleagues worried about the possibility of him replacing Stalin. From the start, Khrushchev sought to build a coalition against the security chief. However, Beria was a dangerous man to oppose and may have saved his colleagues’ lives by ending Stalin’s life. Malenkov remained an ally of Beria until the June 1953 popular uprising in East Germany, which unnerved a Kremlin leadership already unsettled by Beria’s attack on the dominance of ethnic Russians. At that point, his ideas looked potentially destabilizing for a regime still recovering from the horrors of World War II.

Indeed, it has been argued that Beria supported reform only to create chaos, thereby providing an excuse for his security forces to take control. Yet his proposals were more detailed, extensive, and far-reaching, even revolutionary. He seemed serious in wanting to end the East-West confrontation.

Thus, author Robert Service was probably correct in contending “that Khrushchev and his friends eliminated Beria as much because his proposals threatened the stability of the state order as because he was a killer-policeman. No Soviet leader until [Mikhail] Gorbachev would have as wide a reformist programme.”

None of this can minimize Beria’s extraordinarily murderous criminality. Yet imagine the early end of the German Democratic Republic. Relaxed Soviet control of Eastern Europe, forestalling the brutal suppression of Hungary’s 1956 revolution and Czechoslovakia’s 1968 Prague Spring. Imagine the Baltics able to preserve more of their independent identities and avoiding decades of suffocating Moscow-directed repression. And most important, a Kremlin engaged with, and to some extent economically dependent upon, the West.

All because of the most unlikely of liberals, Lavrentiy Pavlovich Beria.

It was not to be. It took another surprising liberal in charge of a much weaker Soviet Union to trigger, largely inadvertently, the process of disintegration. Which resulted in the joyous Christmas of 1991, with the final lowering of the Soviet flag over the Kremlin. After 74 bloody, brutal, horrible, evil years the disastrous Bolshevik experiment finally was over.

Doug Bandow is a Senior Fellow at the Cato Institute. He is a former Special Assistant to President Ronald Reagan and the author of several books, including Foreign Follies: America’s New Global Empire.

Doug Bandow
Follow Their Stories:
View More
Doug Bandow is a Senior Fellow at the Cato Institute.
Most Popular
1
At Large
The Lingering Fog of War and Lessons From Vietnam
by Mark Moyar