by George Neumayr
The aftermath of an attack by Boko Haram, a Nigerian terrorist group that frequently targets Christians. (Shutterstock/bmszealand) 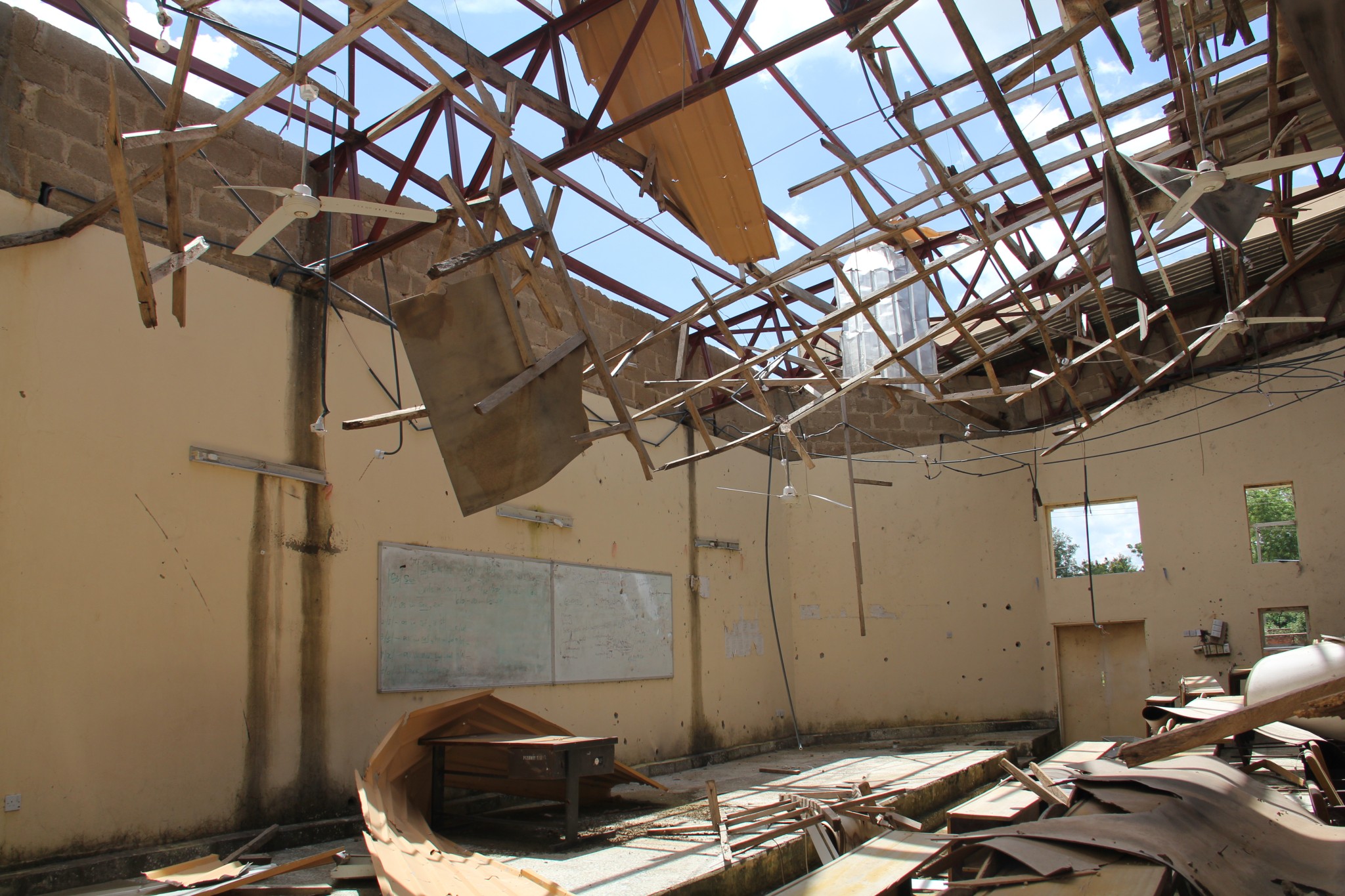 Islamic terrorism against Christians abroad is a subject that leaves the Biden administration cold. In late 2021, President Joe Biden took anti-Christian Nigeria off the State Department list of countries hostile to religious freedom — a move that puzzled the U.S. government’s own Commission on International Religious Freedom, which noted the large number of “militant Islamists” in the country. Biden’s policy now looks even worse in light of the Islamic terrorist act on Pentecost Sunday in southwestern Nigeria that left over 80 people in a Catholic church dead.

“Nigeria’s National Security Council,” according to The Guardian, attributes the attack to the “Islamic State West Africa Province (Iswap) group.”

It appears that Biden’s destigmatizing of Nigeria was in part a snub of the Trump administration, which had designated it in 2020 a “country of particular concern.” Antony Blinken, Biden’s secretary of state, has largely busied himself with reversing his predecessor’s policies and promoting woke causes abroad. Blinken accused Mike Pompeo, Trump’s secretary of state, of pursuing an “unbalanced” agenda and giving undue attention to religious freedom. (READ MORE: Biden Removes State Department Stigma on Anti-Christian Nigeria)

The Biden administration’s approach to religious persecution is scattershot and fatuous.

That Christians can get the death penalty in Nigeria for merely criticizing Islam didn’t seem to faze Blinken. Nor did he take seriously the pleas of Christian groups that warned of Islamic attacks to come.

“The number of defenseless Christians hacked to death by Nigeria’s Islamic jihadists and their collaborators in the security forces in the past 200 days … has risen to no fewer than 3,462,” reported the International Society for Civil Liberties and Rule of Law in 2021.

A few days before the slaughter of Nigerian Catholics on Pentecost Sunday, Blinken gave remarks about the release of the State Department’s 2021 report on religious freedom. He made oblique references to anti-Christian persecution in Africa but devoted much of his talk to far less serious offenses: “And all societies, including our own and across Europe, must do more to combat rising forms of hate, including anti-Semitism and anti-Muslim sentiment.”

His comments on Saudi Arabia and Pakistan sounded oddly soft-pedaling:

In Saudi Arabia, we recognize the important recent moves to increase interfaith dialogue and religious tolerance. However, publicly practicing any faith other than Islam remains illegal, and the government continues to discriminate against members of religious minority communities… In Pakistan, at least 16 individuals accused of blasphemy were sentenced to death by Pakistani courts in 2021, though none of these sentences has yet to be carried out.

After Blinken’s remarks, Rashad Hussain spoke. He is the State Department’s ambassador at large for International Religious Freedom. Hussain is a Muslim who served previously as Barack Obama’s special envoy to the Islamic world. Hussain at least mentioned the persecution of Christians in Nigeria, but he placed it on the same continuum with the harassment of “atheists and humanists around the world.”

The Biden administration’s approach to religious persecution is scattershot and fatuous. Instead of focusing on the worst and most concrete forms of it, Blinken and Hussain prefer to pontificate on more nebulous threats, such as “rising” hate, whatever that means. According to Hussain, “societal intolerance and hatred are fueling violence and conflict around the world.” He claims that “anti-Semitism, anti-Muslim hatred, and xenophobia are on the rise in many countries,” due to democratic “backsliding and the rise of nationalism and nativist rhetoric and policies” against “historically marginalized peoples.”

That the State Department buries within such jargony nonsense passing references to martyred Christians in Africa is outrageous. But it is typical of an administration that deliberately set out to downplay Trump’s priorities. Were 17 Muslims a day killed in Nigeria instead of 17 Christians, Biden would never have removed it from the list of countries of “particular concern.” He is no doubt loath to restore that designation, even after last Sunday’s horrific attack, as that would confirm his foolishness in lifting it.

Biden is as indifferent to anti-Christian persecution abroad as he is to instances of it at home. His State Department’s priorities reflect his quest to transform America from a Judeo-Christian country to a woke secularist one. Biden and his aides have said almost nothing about the bloodshed in Nigeria. But they talk frequently about global threats to “reproductive rights” and the “LGBTQ” agenda.

At the beginning of his administration, Biden called on the State Department to monitor vigilantly countries that do not embrace “transgender rights” and authorized diplomats to meddle in their affairs. A country that upholds the natural moral law is more likely to end up on a State Department blacklist than a country that violates it. To hear Biden and Blinken speak, one would think Christians pose the greatest threat to “global progress.” Biden’s rhetoric about Islamic countries is always very hesitant, but it turns very robust on the subject of “Christian nationalists” like Hungary’s Viktor Orbán.

The more illiberal and non-Western the religion, the more liberals tend to like it. They can yawn at Islamic terrorism while casting Christianity as a “war on women.” Biden and Blinken are playing to this crowd and know that they will pay no political price for averting their gaze from Nigerian horrors.