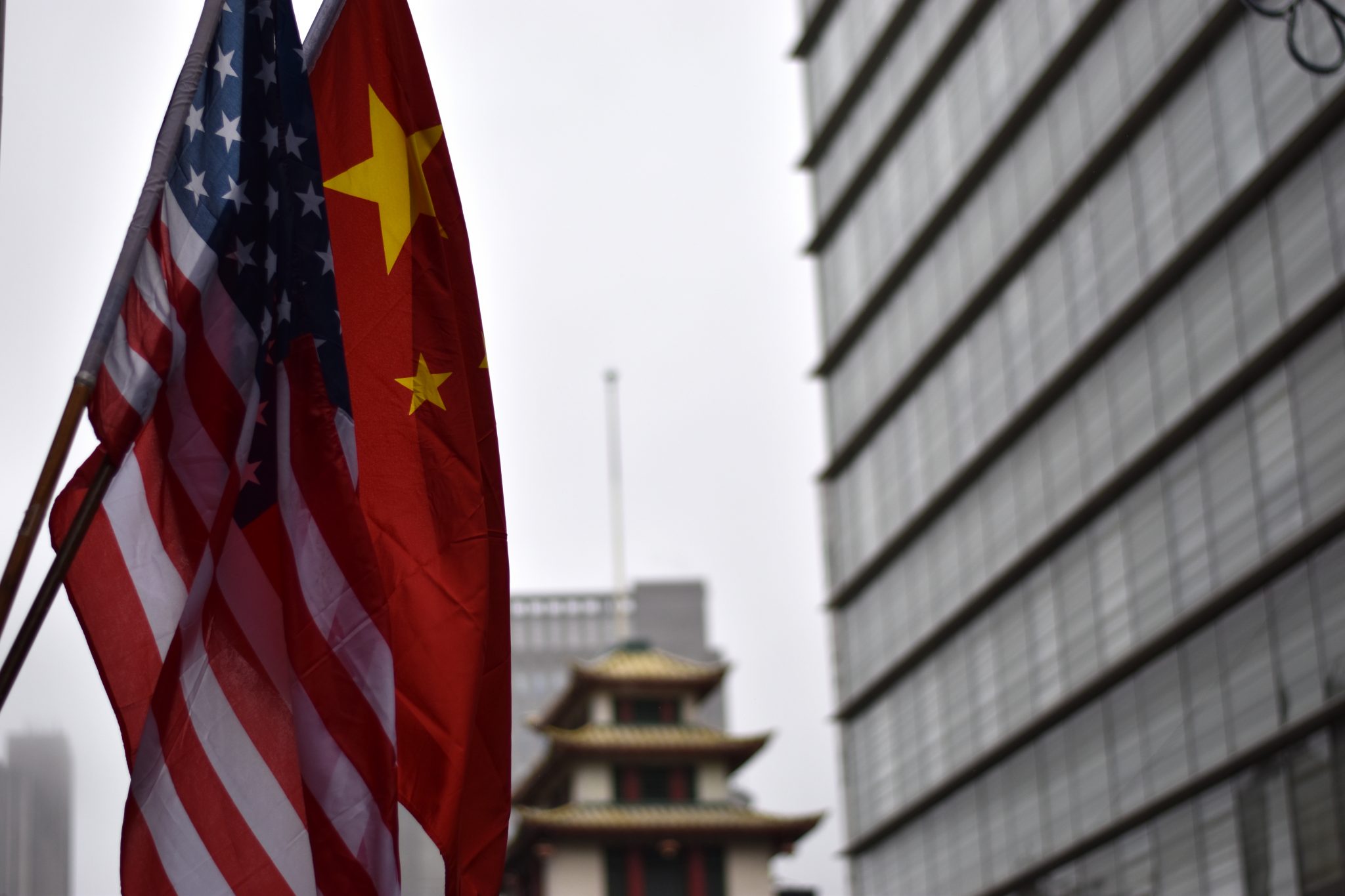 In a recently released viral video, Chinese Professor Di Dongsheng of Remnin University of China explains in vivid detail how the communist regime bends Americans to their will. The Chinese communists, he says, “have people at the top of America’s core inner circle of power and influence. We have our old friends.”

Just where are these “circles of power and influence”? Notably, they are the elite power centers of the American political Left: the media, Hollywood, higher education, Wall Street, and Washington, D.C.

For years, the Chinese Communist Party (CCP), while tightly suppressing information within its own borders, has sought to leverage media in the free world as a propaganda tool to shape public opinion in ways favorable to the regime.

For companies to conduct business in China, they must maintain something called a “corporate social credit rating.” Studios that aggravate Chinese leadership risk being blacklisted and barred from China’s lucrative market, the largest in the world. Potential loss of business for these companies includes licensing, theme parks, broadcast rights, and journalist accreditations for U.S. media reporters in China.

In exercising this leverage, China has found a partner in the left-wing U.S. media. For example, the George Floyd death generated more media coverage — and racially charged and divisive coverage at that — than any protest in the last 50 years. In contrast, most media outlets refused to cover any business relationships President-elect Joe Biden’s son Hunter may have had with China.

Chinese state media giddily cheered and amplified charges of racial inequality in America. In so doing, Chinese influence aligned with much of the U.S. media.

The Chinese regime similarly exerts vast influence over America’s film industry. China’s vast market is lucrative for any film venture, so much so that films that are otherwise flops can be singularly saved by the Chinese box office.

But China’s import quota only allows 34 foreign films into the country every year. To avoid this quota, American studios will do joint ventures with Chinese studios.

For example, the sequel to 1986 film Top Gun is a joint venture between Paramount Studios (owned by New York based Viacom-CBS) and Chinese conglomerate Tencent. In the sequel’s trailer, the lead character played by Tom Cruise, known as “Maverick,” no longer has Taiwan and Japan patches on his flight jacket as he did in the original film. It just so happens that Taiwan and Japan are longtime democratic adversaries of communist China. This is just one example of many subtle or not-so-subtle ways China shapes film messaging.

As further evidence of China’s deep ties with, and influence over, the U.S. film industry, President-elect Biden reportedly may nominate Disney Chief Executive Officer and Democrat Bob Iger as U.S. ambassador to China. He is someone who is very accustomed to partnering with the Chinese, including Disney’s $5.5 billion jointly owned Shanghai Disney Theme Park, a resort, joint film ventures, for some time an English language school, and shops and restaurants. It is indeed, as the Disney song goes, a “Small World After All.”

During the 2019–20 academic year, 372,532 Chinese students matriculated at U.S. colleges and universities — 35 percent of the total foreign student higher education population in the United States. Chinese students account for $14 billion in revenue for U.S. colleges and universities. Fewer students from China could cost U.S. higher education, already in a funding crisis, dearly.

The desperation for Chinese tuition dollars has allowed Chinese exchange students to be placed in a friendly environment, form spy rings, and steal vast amounts of America’s scientific and technological knowledge, valuable both commercially and militarily. Since the Department of Justice led a crackdown on Chinese espionage at universities, over 1,000 Chinese “students” have fled America.

As a collateral benefit to China, these students are subsidizing anti-American ideology propagated by overwhelming left-wing professors. University courses can be found in “Classic and Contemporary Marxism,” “Feminist Economics,” “Race and Capitalism,” “The Power of Whiteness,” and others. These serve to weaken and divide Americans by pointing to each other and our history as the problem, which, as the George Floyd media coverage demonstrated, is exactly what China wants.

Wall Street [has] had a very profound influence over America’s domestic and foreign affairs since the 1970s. We used to heavily rely on them. Now with Biden winning the election, the traditional elites, political elites, the establishment, they have a very close relationship with Wall Street.

Wall Street’s ties to China are beginning to deepen once again. China, which has the second-largest bond market in the world, is dangling domestic fund custody licenses to U.S. banks that would (purportedly) allow them to operate without having to partner with Chinese firms. Wall Street investment firms such as Blackrock and Citigroup have lined up for the chance to access this burgeoning financial market.

There’s one catch — Chinese and U.S. trade tensions must decrease for China, meaning Trump must be gone, to allow grant these firms this “privilege.” So those employed in the security and investments industry donated $74 million to Joe Biden’s presidential campaign, far exceeding donations to President Donald Trump. Chinese regulators have co-opted American financial firms to achieve China’s political ends.

In addition to advocates in Wall Street, China has an extensive “direct, indirect, and covert” lobbying effort in Washington, D.C., according to the Center for Public Integrity.

Notably, Democrat Sen. Dianne Feinstein employed a driver who was a Chinese spy for 20 years.

It was recently revealed that Democrat Rep. Eric Swalwell, who serves on the U.S. House Intelligence Committee charged with oversight over America’s intelligence agencies, had deep and likely romantic ties with a Chinese spy known as “Fang Fang.”

With the American Left so deeply compromised, if Republicans maintain control of U.S. Senate, they must use their subpoena power to investigate the nature and extent of Chinese influence in each of these power centers. If they do not, who will?

Chad Bayse is a Minnesota native, Navy Judge Advocate, and former Counselor to Attorney General Jeff Sessions and attorney at the National Security Agency. The views expressed in this article are his own.