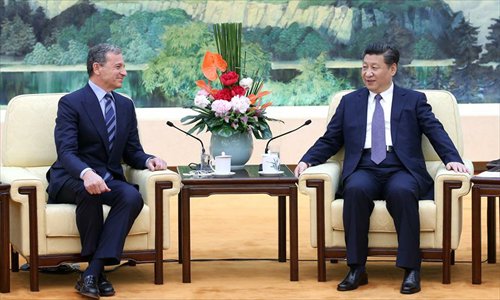 Bob Iger, executive chairman of Disney, is reportedly “at the top of President-elect Joe Biden’s wish list” for several key ambassadorship positions, including the U.S. mission in China.

Such a pick would be an inversion of norms on Biden’s part. The allotment of ambassadorships in recent years has followed an unspoken set of rules: “difficult” assignments such as Russia or Saudi Arabia are given to career diplomats and political appointees with relevant experience, while cushy positions in places like Europe or New Zealand are given as rewards to prominent financial backers and bundlers.

The appointment to Beijing, not quite as high-stakes as Baghdad (at least not yet) but not a glorified vacation either, usually goes to an older or retired statesman. Iger is no diplomat and hardly a statesman, but he is one hell of a financial backer — to the tune of $250,000 straight into the coffers of the Biden Victory Fund.

A quarter of a million is a substantial amount, to be sure, but also a wise investment for someone like Iger. China was the second-largest market in the world for Disney movies in 2019 and may emerge from the pandemic bigger than America. Disney also has sprawling operations within China itself, and was bringing in $1 billion in yearly revenue from its Shanghai Disneyland park alone before the coronavirus hit.

Disney’s cooperation with Chinese authorities affects its entire production process. Its live-action remake of Mulan this year, panned by critics and activists alike on both sides of the Pacific, was filmed in the same province where China is conducting its ongoing detention of millions of Uighurs. To add insult to injury, the movie thanks the Chinese government in its credits.

Bob Iger is the most powerful person at Disney. He’s also the company’s biggest individual shareholder. As of July of this year, he holds a whopping 1,150,138 Disney shares, worth close to $200 million at current valuation. That’s over a quarter of his net worth, against which a $250,000 donation seems like a drop in the bucket. A 1 percent rise in Disney’s market capitalization would reward his generosity 10 times over.

To his (and Biden’s) credit, Iger is not clueless about his potential host country, like so many other bundler-ambassadors are. He personally oversaw the creation of the Shanghai Disneyland and fondly reminisces about it in his memoir, in which he describes the “constant balancing act” of tailoring an iconic American brand to Chinese sensibilities. He no doubt knows, and has worked with, some of China’s most powerful executives and politicians, and would be at home from day one. But is a chummy relationship with China’s rulers, who cheer on American decline at every turn, really what the U.S. needs at this moment in history?

At the end of the day, Iger’s unconventional background and financial interests may make him too risky of a pick even for Biden — at least one would hope so. Yet even the fact that he is being seriously considered is an unpromising sign of the incoming administration’s China policy, and signals to Beijing that Biden intends to keep the gloves on and the money flowing.