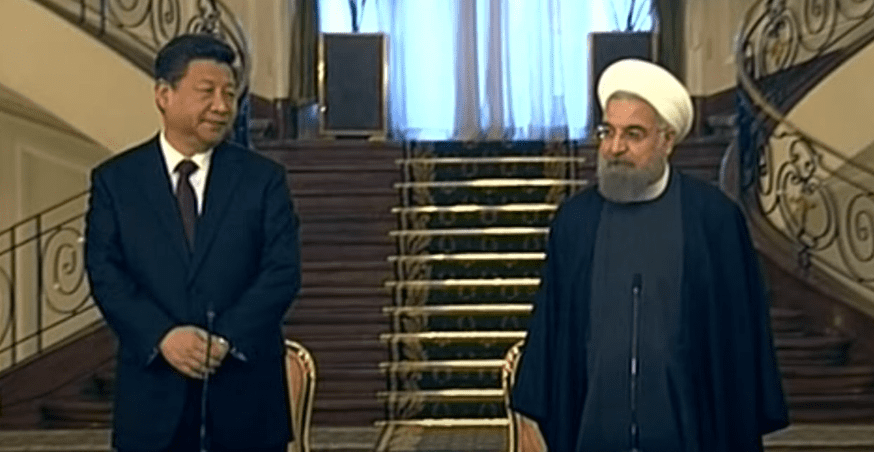 China and Iran are moving quickly toward a comprehensive strategic partnership that could see up to $400 billion in Chinese investments flow into the beleaguered Middle Eastern country over the next three decades, according to a leaked document.

The agreement, which the New York Times obtained and reported on Saturday, would feature extensive investment by Beijing into Iranian telecommunications and internet infrastructure as well as strategic assets like railroads, subways, ports, and airports.

In return, China would get what it usually demands from its trade partners: raw resources, in the form of a steady and heavily discounted supply of Iranian oil. The partnership would also be a prime opportunity for Beijing to push the digital yuan or a digital yuan-compatible currency framework, weakening the U.S. dollar’s sanction power.

Perhaps most importantly, adding Iran to China’s economic network would be an enormous boon to the Belt and Road Initiative. Iran has, since antiquity, served as the primary land route connected Eastern Europe and Asia, where the bulk of Chinese investment has occurred.

The possibility of a deal was first hinted at in 2016 by President Xi during a state visit to Iran when he upgraded China’s official relationship with the country to a “Comprehensive Strategic Partnership,” the second-highest level of bilateral relations recognized by Beijing (the Communist Party claims to have a no-alliance policy).

Discussions have since seemingly proceeded in secret as Donald Trump entered the White House and reimposed sanctions upon the now increasingly desperate Islamist regime in Tehran. It ought to be noted, however, that China was buying enormous quantities of Iranian oil even while the agreement was in its early draft stage. Multiple reports had emerged in mid-2019 of “ghost ships,” Chinese oil tankers that were mysteriously vanishing off the grid while entering the Persian Gulf, only to reappear a week or so later in the same location, filled to the brim with oil. No doubt many in Washington were privy to this phenomenon, yet little was done or even said aloud about the situation.

Of course, nothing is confirmed until the two parties state their intentions. Even then, there’s no guarantee that the partnership would actually come into fruition. Four hundred billion dollars is far more than China has spent on any other Belt and Road partner, and might ultimately represent more of a wishlist than an actionable policy agenda. Moreover, Beijing’s increasingly sour international reputation has led to backlash from Iranians, including rumors that China intends to trap Iran with debt, and even that the Iranian government has agreed to sell one of its islands to the Chinese. These accusations are also unconfirmed at the moment, but the people making them can hardly be blamed for being suspicious.