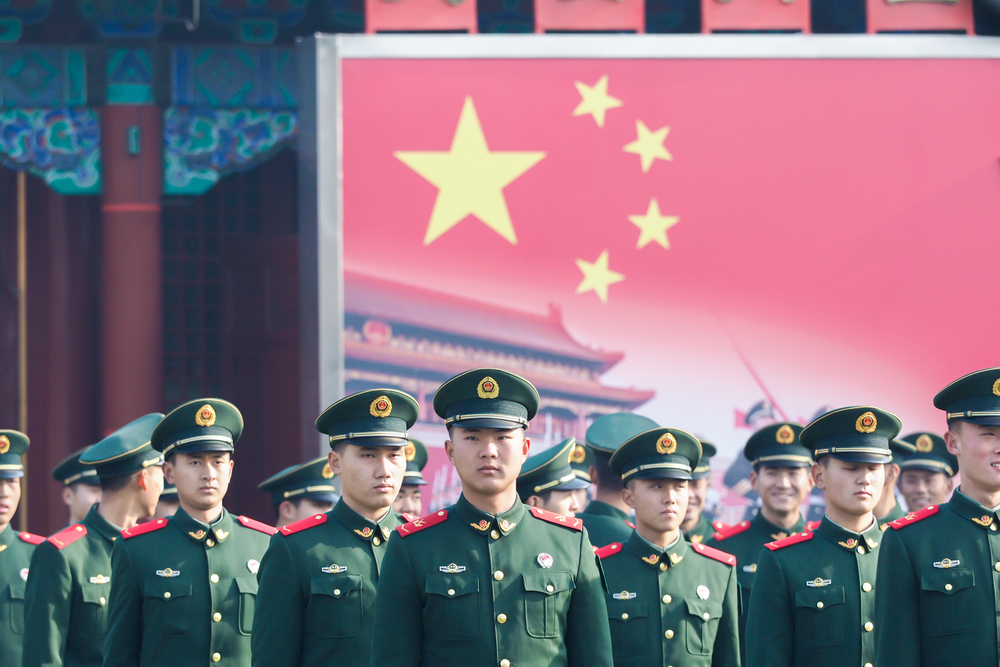 On May 27, 2021, the Global Times, an English-language mouthpiece of the Chinese Communist Party (CCP), featured an article by Hu Xijin, the editor-in-chief of the paper, calling for an increase in China’s nuclear arsenal. “We must be prepared for an intense showdown between China and the US,” Hu wrote. “In that scenario, a large number of Dongfeng-41, and JL-2 and JL-3 (both intercontinental-range submarine-launched ballistic missile) will form the pillar of our strategic will. The number of China’s nuclear warheads must reach the quantity that makes US elites shiver should they entertain the idea of engaging in a military confrontation with China.”

The next day, Zhang Hui, a reporter for the Global Times, wrote that CCP military experts had recommended an increase in the number of China’s nuclear weapons, especially its sea-based intercontinental ballistic missiles, and including the DF-41 ICBM, China’s most advanced nuclear missile.

“China needs to increase the quantity and quality of nuclear weapons, especially submarine-launched ballistic missiles, to effectively safeguard its national security, sovereignty and development interests, Song Zhongping, a Chinese military expert and TV commentator, told the Global Times on Friday,” according to Zhang.

The inclusion of “sovereignty” in Song’s statement undoubtedly refers to Taiwan, which the CCP claims is part of China. Zhang writes that the call for more nuclear weapons is in part a response to the fact that “the US has applied greater military pressure on China, sending warships and warplanes at an increasing frequency to the South China Sea and Taiwan Straits.”

Zhang further noted that Song said that “China could use its most advanced submarine-launched ballistic missile (SLBM) to effectively counter the US threat.”

Zhang’s article also issued warnings to India, South Korea, and Australia that they should reject U.S. efforts to enlist their nations in plans to contain China. Those countries should recognize, Zhang wrote, that the “flames of war would eventually burn themselves.”

Sanguine U.S. observers, however, repeatedly point to our huge advantage in nuclear weapons and delivery systems vis-à-vis China. “It should be pointed out that even if China doubles or triples the number of ICBM silos,” said Hans Kristensen of the Federation of American Scientists, “it would only constitute a fraction of the number of ICBM silos operated by the United States and Russia.”

But that misses the point. China does not need parity with the U.S. in nuclear weapons to effectively deter the U.S. from coming to the aid of Taiwan in the event of a Chinese invasion or attack. In April, national security expert Matthew Kroenig of the Atlantic Council’s Scowcroft Center told the Heritage Foundation that “China arguably has a nuclear threat advantage over the U.S.” in the Indo-Pacific region, which includes Taiwan. In May, the Economist warned that “China’s growing military confidence puts Taiwan at risk.”

In May, the New York Times reported that the United States was much closer to using nuclear weapons to defend Taiwan during the 1958 Taiwan Straits crisis than previously revealed. The U.S. military drew up plans for nuclear strikes against mainland Chinese targets in response to China’s shelling of islands controlled by Taiwan. Then, U.S. deterrence worked. Mao’s forces stopped shelling the islands.

In July 2005, a Chinese general publicly threatened to destroy several U.S. cities with nuclear weapons if America went to war with China over Taiwan. China’s nuclear arsenal and capabilities have only increased since then. And the editor-in-chief of the Global Times wants China’s nuclear arsenal to “make U.S. elites shiver” should they even think about defending Taiwan.

Instead of seeking new arms control treaties with Russia, the United States should be modernizing and upgrading its nuclear arsenal and its missile defense systems. And it must once again, to use Herman Kahn’s phrase, “think about the unthinkable” — fighting and winning a nuclear war. It may even be time for a new Strategic Defense Initiative.