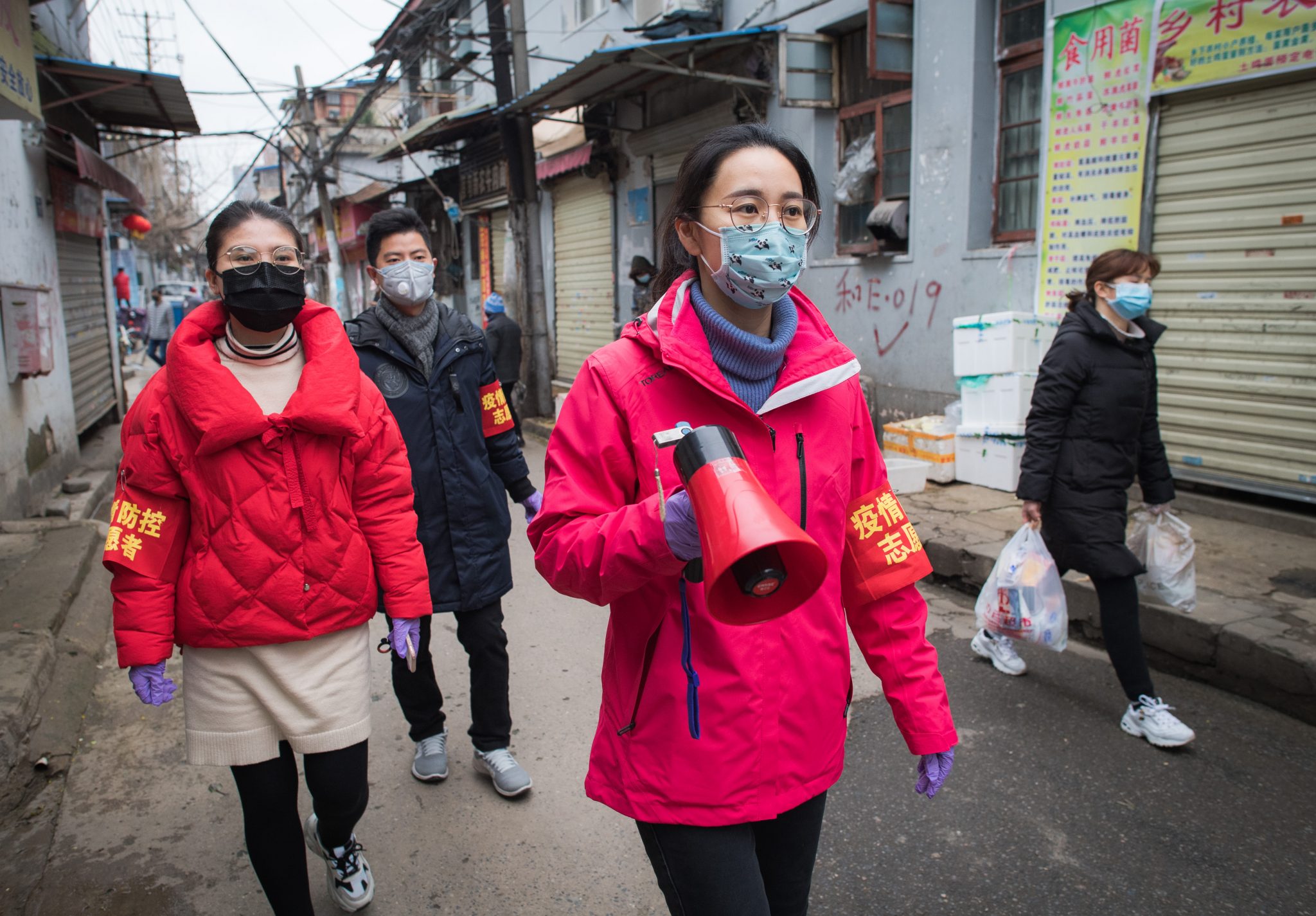 On March 12 of this year, I wrote for these pages a piece entitled “China and the Coronavirus — A Reckoning.” While the origins of COVID-19 were at that time murky (and remain so), what has become increasingly clear is the culpability of the Chinese Communist Party (CCP) in obfuscating the extent and severity of the initial outbreak in Hubei province. A report from CNN last week (“The Wuhan files”) extensively details from leaked primary sources the inconsistencies between what local and national authorities in China believed to be occurring and what was reported publicly, which significantly downplayed the outbreak’s severity.

Specifically, leaked documents show that a wide range of data on two specific days, February 10 and March 7, were at odds with what officials said publicly at the time. These documents show the full extent of what officials knew, but chose not to share with the public. On February 10, for example, when China reported 2,478 new confirmed cases nationwide, the documents show Hubei actually circulated a total of 5,918 newly reported cases. The CNN feature stops short of alleging a coordinated effort by Chinese officials to deliberately conceal information and willfully mislead Chinese citizens and the world, but the volume and breadth of inconsistencies revealed in the reporting of CNN and others, along with China’s continued failure to cooperate with international medical experts and the WHO, support the colorable position that the CCP’s lies related to COVID-19 were — and are — maliciously intentional.

We now face a nationalist, mercantilist foe well-integrated into the global economy, and one that stands poised to compete from a vantage of potential technological and economic superiority.

The premise of my original piece was that despite the warm welcome onto the world stage given China by the international community in the preceding 30-odd years, China — as evidenced not only by its conduct in respect of the pandemic, but through myriad other acts — has engaged in “rogue, norm-defying behavior.” The CCP has had roughly nine months to serve as its own character witness since the U.S., and much of the rest of the world found itself at the edge of an epidemiological wildfire in March 2020. How has it acquitted itself?

Given the economic calamity associated with lockdowns in nearly all advanced economies, China’s expected 2020 GDP growth of 1.8 percent while other major economies experience meaningful contraction reveal it as a significant beneficiary — whether by design or otherwise — of the misfortunes of its trading partners and geopolitical competitors. As evidenced by greater international concern over seemingly benign smartphone applications as TikTok, the advance of the Chinese surveillance state continues unabated. An op-ed last Friday in the Wall Street Journal by John Ratcliffe, the U.S. Director of National Intelligence, characterizes China as “National Security Threat No. 1” and methodically lists its efforts at economic espionage, intellectual property theft, election interference, and attempts to control emerging technologies in service of its goal to “dominate the U.S. and the rest of the planet economically, militarily and technologically.” Indeed, while counterfactuals are by definition impossible to prove, China’s imprint on the presumed U.S. presidential election outcome is clear — again, whether by design or merely a happy consequence for the CCP, the pandemic’s impact played no small part, and it requires little imagination to contemplate a different result absent the role of COVID-19.

Beyond the implications for the U.S., China’s behavior at home and abroad since March offers little succor. Its illiberal treatment of Hong Kong has given the lie to the notion of “one country, two systems” and any notion of preserving autonomy for, and affording civil liberties to, the citizens of Hong Kong. CCP apparatchiks have actively taken to Twitter — a medium largely inaccessible by Chinese citizens absent VPN workarounds — to engage in brazen propaganda efforts, most recently the posting by governmental officials of doctored photos of an Australian soldier “murdering” an Afghan child (why it is that President Trump’s every utterance about the U.S. elections must contain a “this is disputed” health warning to protect the delicate sensibilities of Twitter users while the twisted fabrications of foreign adversaries are allowed to pass unremarked upon is the subject of another column). And as the world’s attention is taken up with matters of virology, it is hard to conceive that the plight of the Uighurs, including credible allegations of organ harvesting and slave labor conditions, has improved. One also wonders what measures taken by the CCP against its own citizenry have generated that miraculously positive GDP for 2020 — consideration of Chinese nationals’ human rights and general welfare are unlikely to be very high on the list.

While I’d argue that the preponderance of the evidence was already in earlier this year, we’ve now had demonstrated beyond any reasonable doubt the geopolitical malfeasance of the Middle Kingdom. I noted in March that all nations face choices, and that “ours is whether to continue to tolerate a dangerous and at times hostile international actor while our pockets continue to be picked, or to confront it on its norm-breaking behavior with our full arsenal of soft power. After having eagerly and successfully advocated for China’s inclusion in the world economic order, the option of ‘taking our ball and going home’ is no longer available.” This choice is starker than ever, although the foreign policy deck has been since reshuffled by events and electoral consequences. From the perspective of December 2020, what might such “confrontation” look like?

The most exigent consideration is a prospective change of administration. Presumptive President-elect Joe Biden will have to consider whether, and to what extent, to continue Trump administration policies toward China, which is hardly a straightforward calculus as the Obama administration arguably took the most “kid-glove” approach to China of the post-Mao era, while President Trump was the first American president to break with a bipartisan accommodationist consensus. In one hopeful recent statement, Biden told the New York Times he would not “make any immediate moves” on Chinese tariffs, adding that he was “not going to prejudice [his] options,” and that he would review existing agreements with China and then turn to allies in Asia and Europe “so we can develop a coherent strategy.”

The Economist and other publications have noted that in concert with an expected policy return by the U.S. to multilateral action, we should join with Europe and other like-minded nations to confront the authoritarian threat posed by China. The language of this and other editorials is that of the Cold War period — challenging an adversary from positions of strength, seeking détente on areas of stalemate or those requiring supranational cooperation, and above all keeping the world safer through greater predictability and a trust in process, as evidenced by treaty obligations, talking shops, and multi-dimensional diplomatic engagement.

This approach isn’t necessarily wrongheaded — and it has much to commend it, to the extent it sufficiently acknowledges the seriousness of the threat posed by China — but it must accept that what “worked” in the Cold War must be adapted to the present danger. In “Cold War: The Sequel,” we face an utterly different type of adversary. Where the Soviet Union was largely autarkic and ideologically driven, projecting its power militarily, we now face a nationalist, mercantilist foe well-integrated into the global economy, and one having already reaped the benefits of decades of technology transfer and standing poised to compete from a vantage of potential technological and economic superiority. Simply accelerating military spending and fighting proxy wars around the globe to a draw, as we did with the Soviet Union, are unlikely to be sufficient to carry the day — or even relevant.

New challenges clearly require new responses, but perhaps the most essential element to meeting any challenge is the will with which to do so. The West is never short of useful idiots; we had more than our share in Stalin’s time as well. Only yesterday I had the misfortune of having a tweet appear in my Twitter feed asserting, “The truth is that Muslims are treated better in Russia/China than in the United States” (from a “blue checkmark,” no less). Yet there is no question that the U.S. and its allies have the ability to meet the challenge of a hostile Communist China. Whether they can sustain the commitment and attention span to do so successfully, under a prospective U.S. administration with questionable bona fides, is another matter.