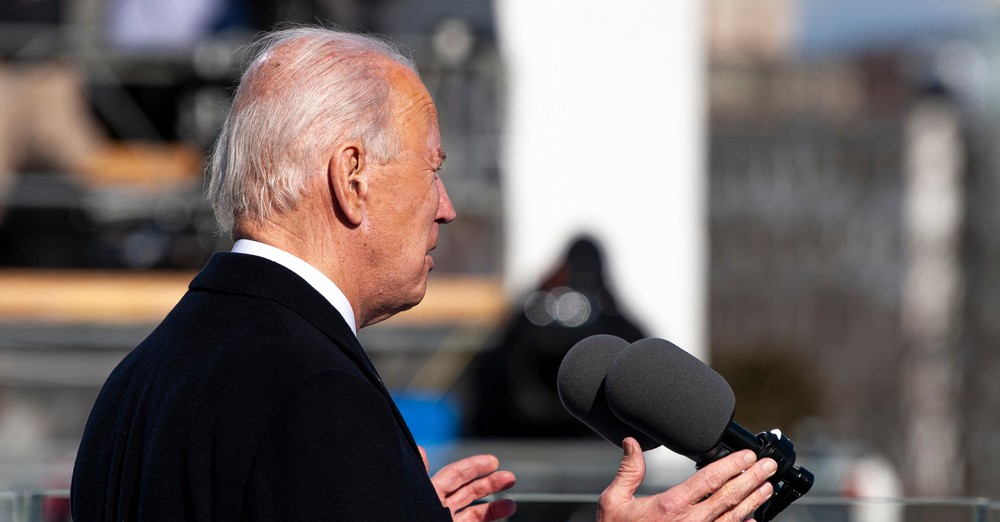 The Biden administration continues to show itself to be an empty suit on foreign policy. In the wake of the crisis, er, challenges on the southern border, Mexican President Andres Manuel Lopez called Biden “the migrant president.” After President Biden confirmed in an interview that yes, Russian President Vladimir Putin is a “killer,” Putin wished Biden good health and challenged Biden to a “basically live … open, direct discussion.”

Add China to the list of countries making us a laughingstock. The opening remarks of last week’s meeting between the Secretary of State Antony Blinken and National Security Adviser Jake Sullivan with China’s foreign policy chief Yang Jiechi and State Councilor Wang Yi in Alaska clearly reveal that the Biden administration lacks a credible, substantive China policy. There were several key takeaways from that meeting.

China does not believe the Biden administration will ever confront China, because Biden told them so.

Director Yang revealed that China is not at all threatened by the Biden administration, as “during the phone call between the presidents [of China and the United States], President Biden himself also talked about the importance of having no conflict or confrontation between our two countries.” Add to this President Biden’s past remarks seeming to sanitize the CCP’s genocide against the Uyghurs as a Chinese “cultural … norm,” the Biden administration has not given the CCP a reason to expect a hands-on approach from the United States.

The Biden team speaks of allies, but has no plan to leverage those allies.

Secretary Blinken was quick to mention that he had visited Japan and South Korea and that our two allies were “very interested in the discussions” that the U.S. and China are having, but he failed to articulate any policy from our alliances that would counter CCP aggression.

In response to what were essentially empty words from Team USA, the Chinese delegation discussed Japan and South Korea much more substantively. Director Yang replied,

In a thinly veiled way, Director Yang was saying, “Not only is China engaging with South Korea and Japan, but even more so than the United States. So why would they choose you over us?” In order to neutralize such rhetoric, the Biden team needed to demonstrate that 1) yes, when push comes to shove, our Asian allies will chose to trade with the U.S. over China, and 2) the U.S. and its Asian allies have a credible threat to economically sanction China. The Biden administration failed to present either.

The Biden administration has no plan to hold China accountable for its actions towards Uyghurs, Hong Kong, and Taiwan.

Secretary Blinken said the U.S. had “deep concerns with actions by China, including in Xinjiang, Hong Kong, Taiwan, cyber attacks on the United States, and economic coercion toward our allies.” Sullivan piled on more sanctimony, stating that the U.S. had “areas of concern, from economic and military coercion to assaults on basic values, that we’ll discuss with you today and in the days ahead. We’ll do so frankly, directly, and with clarity.”

But Director Yang seemed unfazed, responding, “And with Xinjiang, Tibet, and Taiwan, they are an inalienable part of China’s territory,” going on to say that Hong Kong is one of “China’s internal affairs.”

This exchange shows that China is not concerned about what we think about its actions in Xinjiang, Hong Kong, and Taiwan, namely because we offer no plan warranting a response. And so the Uyghur genocide continues, Hong Kong has virtually ceased to exist as a sovereign entity, and China incessantly threatens Taiwan with gray-zone warfare and invasion rhetoric.

The Biden team has no credible plan to pressure China economically.

The Biden team revealed that, bluster aside, it has no plan to counteract China’s unfair trade practices, including but not limited to the use of Uyghur slave labor. Director Yang said,

The overwhelming majority of American businesses in China have said that China’s business environment is good and nobody has forced them to stay in China. They see a profit coming from their presence in China and they see immense opportunities in China. That’s why they are staying in China.

Any serious policy seeking to modify CCP behavior needs to have a credible threat to China’s financial interests. The above quote from Director Yang demonstrates that China believes that the U.S. is not offering an alternative to “business as usual.”

So what should be done?

Additionally, the Biden administration should pursue bold policies to divest and decouple from China as much as possible, and to construct “a new multilateral supply regime” based on “circle of trust countries.” The U.S. should focus on bringing back the pharmaceutical industry to Puerto Rico and making the U.S. more self-sufficient (or at least more reliant on allies) for its supplies of medical equipment, PPE, biologics, and rare-earth elements. The Biden administration should provide financial incentives to companies to move manufacturing from China back home, as Japan has done.

Also, the Biden administration should endorse the 15-page business advisory of the Trump administration warning American businesses about data services and equipment from firms linked to the CCP.

This is, of course, not an exhaustive list. But by implementing these policies, the Biden administration stands a chance in influencing the CCP’s behavior in a way that will advance U.S. interests.