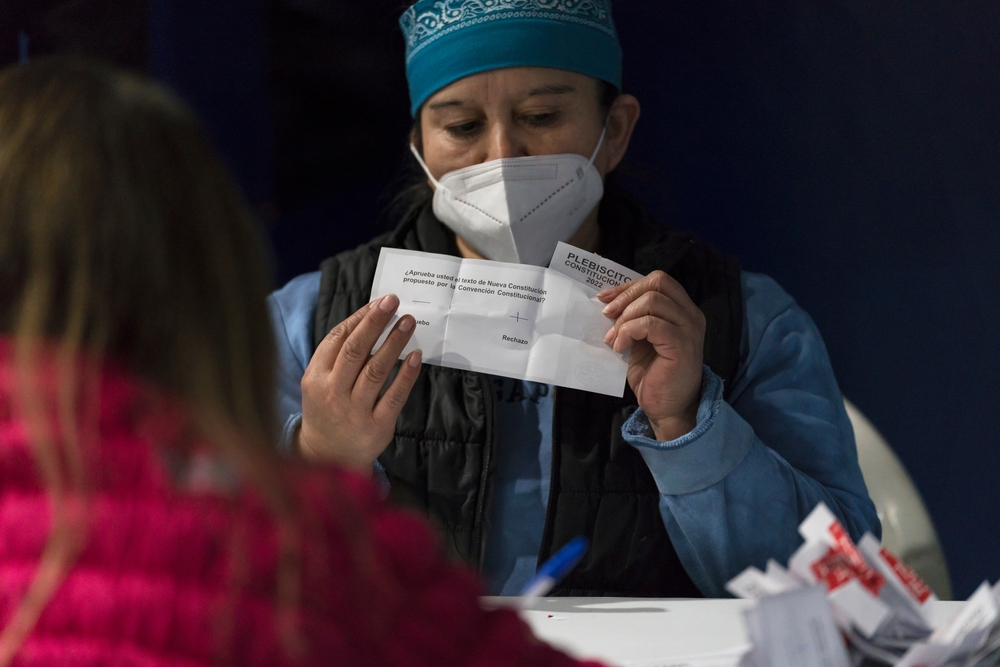 It is good news that two-thirds of Chile’s voters have rejected the new constitution proposed by a convention made up mostly of loonies. That result seems to have given hope to some who had begun to write off Latin America, a region that has placed the extreme populist Left at the top of numerous governments (not counting the outright dictatorships of Cuba, Venezuela, and Nicaragua).

I beg to differ. The region will have to suffer a lot more under its current leadership before it reaches the kind of crisis that, every few decades, opens up the opportunity for real change towards socioeconomic development.

In the 1980s, democracy returned to Latin America, but the old-style mentality of economic nationalism and dirigisme produced a so-called “lost decade.” Crisis then led to opportunity, and the 1990s saw some free-market reforms. Those reforms and the commodities boom that started in 2003 triggered some economic growth and spawned a large middle class as 90 million people came out of poverty. But politically, the region suffered a grave setback with the emergence of corrupt authoritarian governments. The economic progress also had fragile foundations because it was not due to improved productivity, which in the last 25 years has not increased, but to the capital that kept coming in and the expansion of the labor force, both of which depended on the high price of exports.

Once the commodities boom dissipated in 2013–2014, most governments suffered a severe backlash. After market reforms had ceased at the end of the 1990s, it became apparent that years of complacency and populism, clientelism, and patronage based on the revenue generated by primary exports had kept Latin America’s socioeconomic model seriously unprepared for difficult times. Between 2014 and 2019, many countries saw a desperate middle class that feared a return to poverty take to the streets and direct its ire at the political class. The anti-systemic groups and the traditional hard Left benefited from the social unrest and managed to impose some of their agenda in some countries. A prime example was Mexico’s Andrés Manuel López Obrador. In reaction, the Right adopted a nationalist-populist discourse and agenda, the epitome of which came from Brazil’s Jair Bolsonaro. The liberal free-trade moderates and the social-democratic Left were marginalized.

And then came COVID-19. In 2020, the region’s economy shrank at twice the world rate; in 2021, not a single country had returned to its pre-pandemic output level. The illiberal forces were reinforced in many parts of Latin America. Chile (where violent groups hijacked the national conversation and eventually led to the extremist constitutional convention), Bolivia (where a party that had governed dictatorially came back to power), Peru (where a candidate representing a communist party was elected), and Colombia (where a former guerrilla leader is now in power) are examples of this phenomenon. (READ MORE from Alvaro Vargas Llosa: A New Heyday for Left-Wing Fascism in Latin America)

The prospects are dire. Foreign direct investment as a percentage of the economy is now about half of what it was in the 1990s, and several factors work against the level of the private investment needed to bring about prosperity: the anti-market policies of several governments; the stagflation now hurting the United States and Europe; and the fact that China, South America’s top trading partner and a major source of investment, will grow at a modest 3 percent rate this year.

If anyone thinks the increase in revenue due to the new commodities cycle will compensate for mediocre private investment, think again. Latin America’s fiscal position is precarious, and government debt measured as a percentage of gross domestic product has increased by about 15 points in the last couple of years. The region’s fiscal spending is overwhelmingly geared towards sustaining the bureaucracy and social programs, not investment.

Many countries have emerged from circumstances that seemed hopeless. For that, two conditions are required. The first is for the prevalent socioeconomic model to reach a crisis, and the second is for sensible leaders to reach a critical mass of people ready for an overhaul of the system. Latin America is far from that today.

Álvaro Vargas Llosa is a senior fellow of the Independent Institute in Oakland, Calif. His latest book is Global Crossings: Immigration, Civilization, and America.