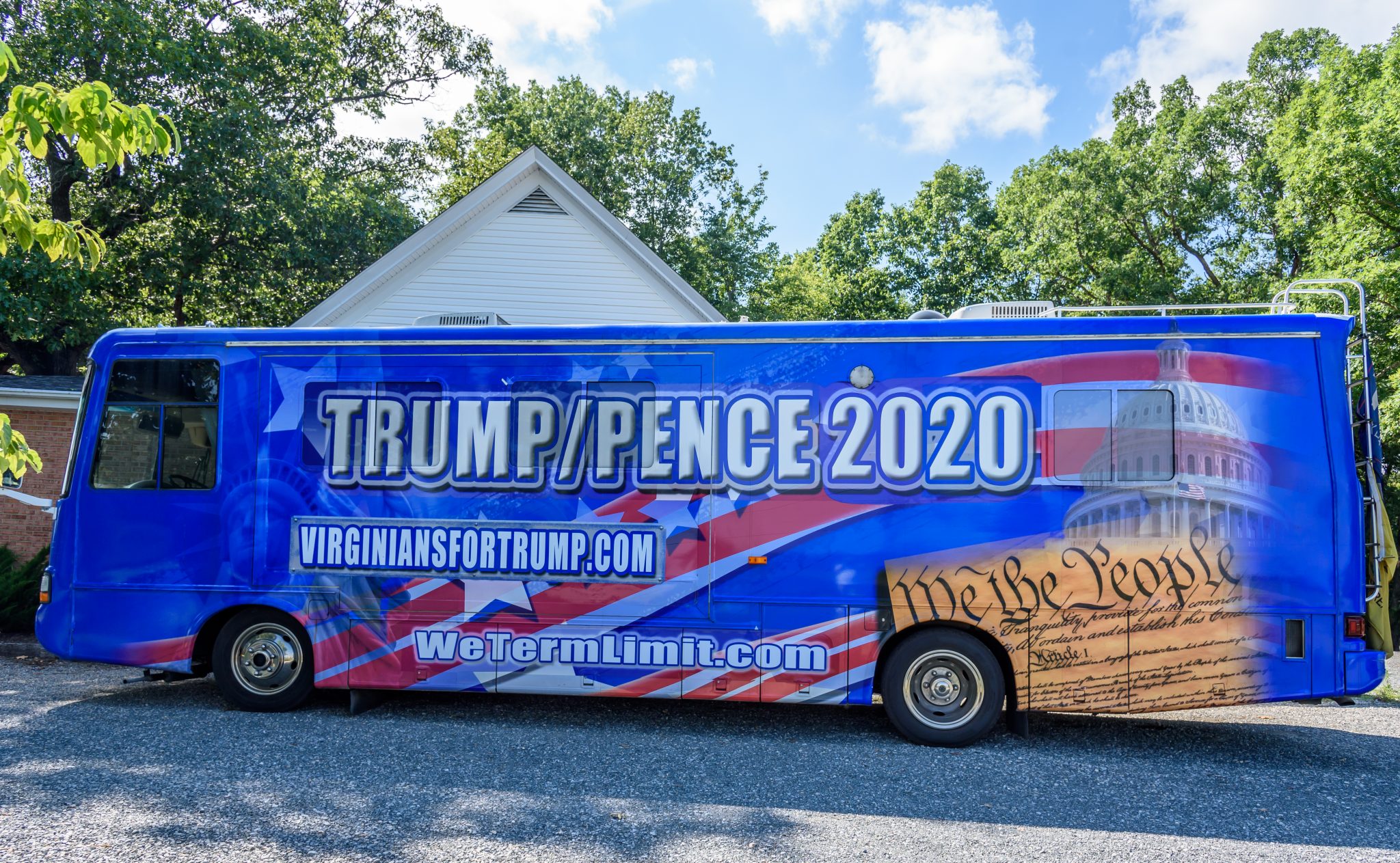 Every writer out there can learn something from reading the work of his or her fellows, but when the mass of a polarizing election pulls even apolitical work into its gravity well, avoiding ambushes becomes a challenge.

It wasn’t until I found the same cliché in two recent books and an opinion column that I realized how much discontent can be attributed to ignorance or wistfulness. Progressive writers sneer about “Donald Trump’s America,” and whenever that characterization makes an appearance, you’re sure to find resentment served like a side salad. Ted Kennedy pioneered that toxic formula in 1987, when — as the so-called “Lion of the Senate” — he blindsided Ronald Reagan’s Supreme Court nomination team with a mendacious speech about the evils of “Robert Bork’s America.” Judge Bork never made it to the Supreme Court. Thirty-two years later, progressives still play at dragon-slaying by pretending that their enemies shape attitudes all over the country. When that doesn’t work, they use the same phrasing on the other end of the teeter-totter to suggest that whomever they’ve targeted should be stopped before right-wingers board up the last safe space.

“Donald Trump’s America” is a curious place where liberals trust federal intelligence agencies more than conservatives do, but community activists call anything they don’t support a threat to “democracy.” Some activists don’t understand the structure of the U.S. government. Others misuse the word democracy on purpose because doing so helps to marginalize anyone who challenges their assessment. If democracy can be redefined as a synonym for progressive policy, then it’s easier to duck questions about misuse of executive power, easier to trash the Electoral College, and easier to forget that the United States is actually a constitutional republic. Ironically, anti-communist protesters in Hong Kong grasp democratic concepts better than progressive politicians in America ever will. But political argument used to be found only in opinion pages and on Sunday morning talk shows. Progressive reluctance to accept the results of the 2016 election let politics plant muddy paws in genres where it had never roamed before. In this context, the answer to the old hip-hop musical question about who let the dogs out is “Hillary Clinton.”

Nature writing suffers under the new regime. Describing life on her Colorado ranch in a recent collection of essays called Deep Creek: Finding Hope in the High Country, Pam Houston takes time to say that President Trump reminds her of her sexually abusive father. She also scorns his Cabinet full of “oil barons,” which means she is unclear about the meaning of “full of” and not above taking a shot at former Secretary of State Rex Tillerson. Wikipedia notes that Tillerson was an Eagle Scout years before he joined ExxonMobil. Even a guided tour of his Eagle service project or a second look at definitions of stewardship and what it means for the preservation of biodiversity would not have affected Houston’s willingness to libel Republicans as hostile to wild things.

I borrowed Deep Creek because I hoped to read something inspirational set in the rhythms of the American West. What Houston delivered instead was a love letter larded with political asides. Edward Abbey did a better job of that four generations ago because he was honest about the polemical satire in his nature books. Houston’s editor does not seem to have warned her that complaining stupidly about sexism in the U.S. Forest Service and small-mindedness throughout the Trump administration might not resonate with everyone in her potential audience.

Pam Houston would have seemed like an outlier had I not run into a similar problem in a column by Dana Miller Ervin, who was exploring what might happen “if white evangelicals continue to overwhelmingly support the president after evidence indicates he’s broken the law” (I wrote in more depth about that last month). Given the opinion column format, I did not expect Ervin to maintain objectivity throughout, but she surprised me by assailing the logic of the pastors whom she quoted. She was not, in other words, taking North Carolina’s public pulse, however speculatively; she was trying to convince “ignorant” Christians of the error of their ways. This passive-aggressive stance toward her own sources sabotaged an otherwise workmanlike approach to persuasion.

Punditry depends on pattern recognition, and it was Peter Zheutlin’s account of a road trip with his dog that built on what I’d noticed in Houston and Ervin to seal the deal on the idea that progressive ideology warps public discourse. Zheutlin drove a BMW convertible from Massachusetts to California in the company of a mixed-breed rescue dog named Albie. His conversations along the way are notable for gratuitous swipes at Donald Trump, and while part of the motivation for his homage to a similar road trip by John Steinbeck in 1960 was to expand his own horizons, the only people that Zheutlin seems truly comfortable with are those as progressive as he is.

After talking with a veteran whose support for gun ownership he finds disconcerting, Zheutlin consoles himself with the thought that Donald Trump’s America must coexist with his own very different America. But he more often bets on his own certainty without even knowing that he’s doing that, as by writing that “In Oklahoma, you can see the energy past and the energy future in one sweep of the eyes: fracking wells to your right and wind turbines to your left.” A proper footnote for that sentence might have explained why he pegged past and future to those technologies (windmills have been around for centuries!). Instead, Zheutlin uses even the footnote there to make fun of Donald Trump as being anti-science.

Travel writing used to be less political and more entertaining. Misbegotten references to “two Americas” are needlessly divisive, because (as President Trump himself understands and appreciates) America is bigger than Donald Trump, and it can’t be written off as one of his tacky possessions. America did not belong to Barack Obama before Donald Trump, either. But now we’re at the point where even professors of law seem to have trouble recognizing that.

Progressive nostalgia for the Obama presidency makes our vast and unruly country sound like a banana republic. Even singer/songwriter Woody Guthrie — one of Zheutlin’s heroes — didn’t make the mistake of subdividing the country he called home. How can you sing “This land is your land; this land is my land” while stepping cautiously around people who disagree with you? Yet Zheutlin is discomfited by the “Thank You Jesus” yard signs he sees in the rural south. Ignorant of basic Christian theology, he chalks them up to unconscious bigotry or tribalism rather than to humble echoes of the Great Commission in Matthew 28:16–20. Like progressive writers across multiple genres, he’d rather avoid what he deplores than struggle to understand it, and that’s a shame.