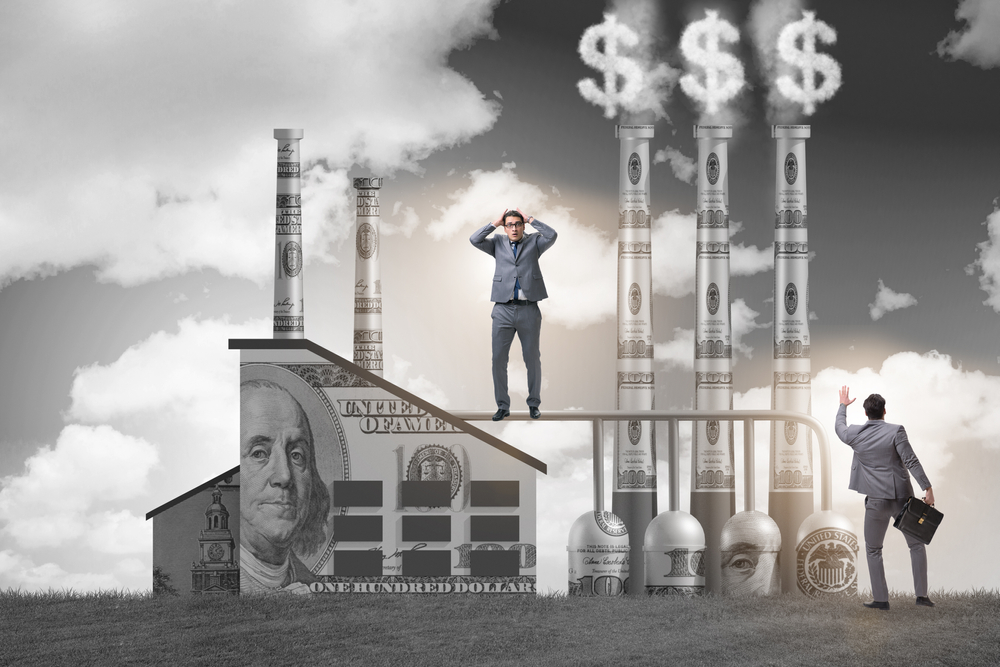 The New York Times reported Monday that Democrats intend to include a carbon border tax in the $3.5 trillion budget reconciliation bill that is linked to the sweeping infrastructure package chugging toward completion. With its advantages in both chambers of Congress, the Democratic Party has the ability to make this momentous change to U.S. policy — one that could yield more than $15 billion in additional government revenue — without a single Republican vote.

Fundamentally, a carbon border tax is a mechanism by which a government raises prices for importers on goods made with affordable, carbon-based energy in other countries. Facing new costs themselves, those importers inevitably pass on higher prices to the rest of us. The plan Democrats introduced Monday includes new taxes on imports of petroleum, natural gas, and coal but also on cement, iron, steel, and aluminum — industrial staples the prices of which factor into countless goods Americans buy each day. The New York Times reports that such products make up 12 percent of all imports to the United States.

Far from being an economically just approach, the carbon border tax would further enrich existing companies while taxing American households.

According to the logic of the carbon border tax, raising import barriers is a way to simultaneously nudge other countries to impose new carbon policies of their own and to discourage American companies from fleeing burdensome energy restrictions here at home.

The border tax is a way to plaster over carbon pricing’s fatal flaw: carbon leakage. When governments hamper domestic industry, it’s inevitable that business will gravitate to regions of the world with more friendly regulatory environments. So, to the extent that a carbon border tax makes sense, it’s only because of the punitive policies governments themselves implement. This massive budget package would pile on yet more challenges to affordable American production, such as a foolhardy national electricity standard.

Democrats will try to sell this new tax as a way to save American jobs, but as has long been understood, tariffs deliver concentrated economic benefits to the powerful incumbents who lobby for them while spreading new costs across the wider population. Far from being an economically just approach, the carbon border tax would further enrich existing companies while taxing American households.

Making this proposal all the more vexing is the impossibility of accurately gauging the emissions intensity of products made abroad. What we have to assume is that the new taxes will overestimate the emissions any given product caused. Proponents will say it’s a matter of environmental prudence; the truth is that it will be a way to safeguard uncompetitive domestic producers. The European Union’s similar plan bears this out, assuming that ambiguous circumstances abroad emit at the rate of the EU’s highest-emitting companies. One big difference, though, is that the EU has a form of unified carbon pricing. The U.S. lacks such a policy, so any border tax will be a vague approximation of the myriad emissions regulations U.S. companies face. As David Weisbach, a professor at the University of Chicago Law School and an expert in carbon border tariffs, told the Times, “I’ve never seen a border adjustment that adjusts for regulatory costs. That’s going to be hard to do.”

Taxing affordable imports in this slapdash manner reeks of cronyism and would likely trigger retaliatory measures from U.S. trading partners.

Rather than raising tariffs at the border and raising household expenses for all Americans, the U.S. body politic should work to reduce the regulatory burdens that can put U.S. companies at a disadvantage in the first place. Reducing regulatory hurdles creates fairer competition, lowers barriers to innovation, and delivers cost savings to the public.

A carbon border adjustment is yet another way for politically connected companies to cushion their revenue through the power of government — and for the government to cushion its own revenue while claiming to save American industry.

Though the carbon border tax is a tricky concept, the end result of the Democrats’ plan would be quite clear: higher prices for Americans.