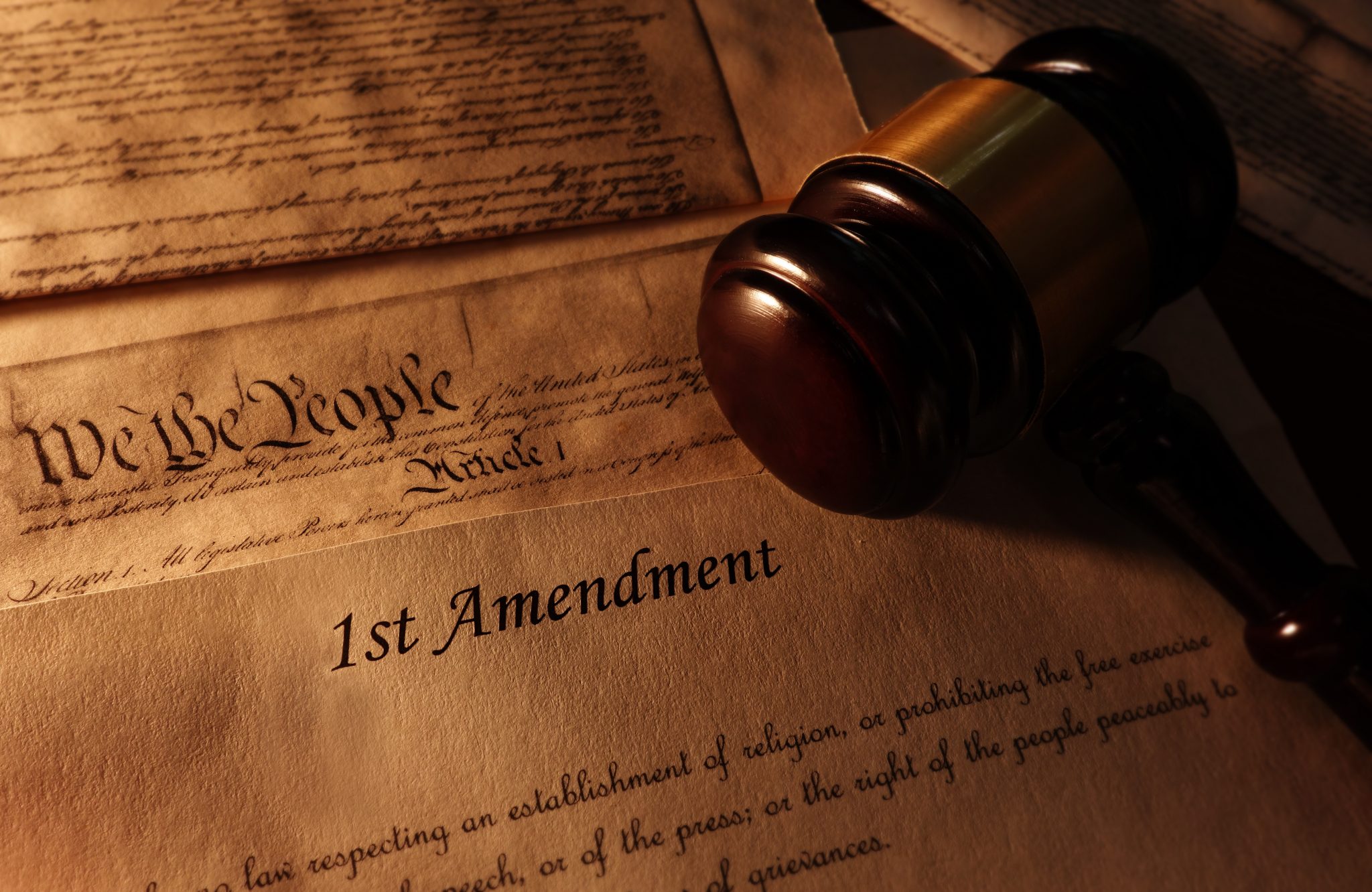 Last week’s mayhem in Washington, the mendacious accusations of the Democrats notwithstanding, was not incited by President Trump. The wildly exaggerated “storming of the Capitol,” like the huge protest itself, was caused by the belief — shared by countless millions of Americans — that the voters no longer have any meaningful influence over the Washington establishment. This sense of powerlessness is by no means ameliorated when we see a small cadre of Big Tech oligarchs and the corporate media collude with the Democratic Party to crush dissent from “progressive” orthodoxy. Fortunately, Article V of the Constitution provides a legal remedy for the grotesque hubris of the Beltway ruling class that may prevent a genuine insurrection.

Most Americans are familiar with the attempt by the Framers to create checks and balances between the branches of the federal government in order to prevent one of the three from gaining dominance over the other two. They were equally concerned by the possibility that the central government would contrive a way to gain a disproportionate amount of power over the states. This is why they reserved all power to the states not explicitly granted to the federal government. Yet their distrust of centralized power was such that they included a mechanism in Article V of the founding document enabling states to amend the Constitution without interference by Congress — a Convention of States (COS).

Although it isn’t widely known by the general public, Article V of the Constitution provides two ways to propose amendments to the U.S. Constitution: The most familiar process requires passage by two-thirds of the House and the Senate plus ratification by two-thirds (38) of the states. This is the method by which the 27 amendments that currently exist were proposed and adopted. The second way requires two-thirds (34) of the states to formally request Congress to call a convention wherein they would propose amendments. Once Congress has received the requisite number of state applications it must call a Convention. Article V is not ambiguous on this point. The relevant verbiage is italicized below:

The Congress, whenever two thirds of both Houses shall deem it necessary, shall propose Amendments to this Constitution, or, on the Application of the Legislatures of two thirds of the several States, shall call a Convention for proposing Amendments, which, in either Case, shall be valid to all Intents and Purposes, as Part of this Constitution, when ratified by the Legislatures of three fourths of the several States, or by Conventions in three fourths thereof, as the one or the other Mode of Ratification may be proposed by the Congress …

Consistency among the applications these states will consider is a critical factor. All 34 of the COS applications must deal with the same subject matter. The current movement has settled on an approach that focuses on three primary areas: imposing fiscal restraints on the federal government, limiting the jurisdiction of the federal government, and imposing term limits on federal officials. Any proposed amendments emanating from the Convention of States will have been approved by 26 or more of the participants. If more than one amendment is proposed, they will be sent to the states for ratification as a package, as was done with the Bill of Rights. Each would be ratified or rejected on an individual basis.

As the Convention of States movement has continued to gain momentum, it has been attacked by the usual rogues gallery of “bipartisan” special interest groups: Common Cause, the Brennan Center for Justice, Americans for Democratic Action, the Sierra Club, the NAACP, the National Council of La Raza, the National Education Association (NEA), the SEIU, the AFL-CIO, Greenpeace, People for the American Way, ad nauseam. The inevitable charge against COS is that it is backed by billionaire fat cats who wish to destroy democracy and turn us all into helots. Common Cause, in a hilarious publication titled “The Dangerous Path: Big Money’s Plan to Shred the Constitution,” issues this indictment of the COS movement:

Led by homeschool and religious-right political activist Michael Farris, the … Convention of States project has deep ties to the tea party movement, ALEC, and the Koch brothers. Mark Meckler, president and founder of the Citizens for Self-Governance … is the co-founder of Tea Party Patriots…. Convention of States calls for a constitutional convention to draft an amendment to “impose fiscal restraints on the federal government, limit the power and jurisdiction of the federal government, and limit the terms of office for its officials and for members of Congress.”

The COS project also advocates term limits for federal judges, including those who retire to the Supreme Court, but who’s counting? Reading through this silly document the reader finds oneself wondering, “When do we get to the part that we’re supposed to find dangerous?” Inevitably, we are told that it will turn into a “runaway convention.” This is based on a myth about the 1787 Constitutional Convention, and it’s a little difficult to swallow considering that 38 states must ratify any amendment that emanates from the Convention of States. The real fear shared by the people at Common Cause is that, if COS succeeds, the tasty trough of federal funds will run dry and they will be forced to get real jobs.

All of which means that the Convention of States project, despite its successes, will have to overcome the same swamp creatures that laid President Trump low. If it succeeds in getting two-thirds of the states signed on, it will not be welcomed by Congress or the greasy creatures that thrive in the fetid swamp that is our national capitol. In the long run, however, even these parasites will be better off if COS succeeds. If not, the meandering knuckleheads who planted their unwashed posteriors in the cushy seats of power for a few short minutes on January 6 will be remembered as Adderall-addled preschoolers compared to the next mob our “representatives” meet charging through Statuary Hall.