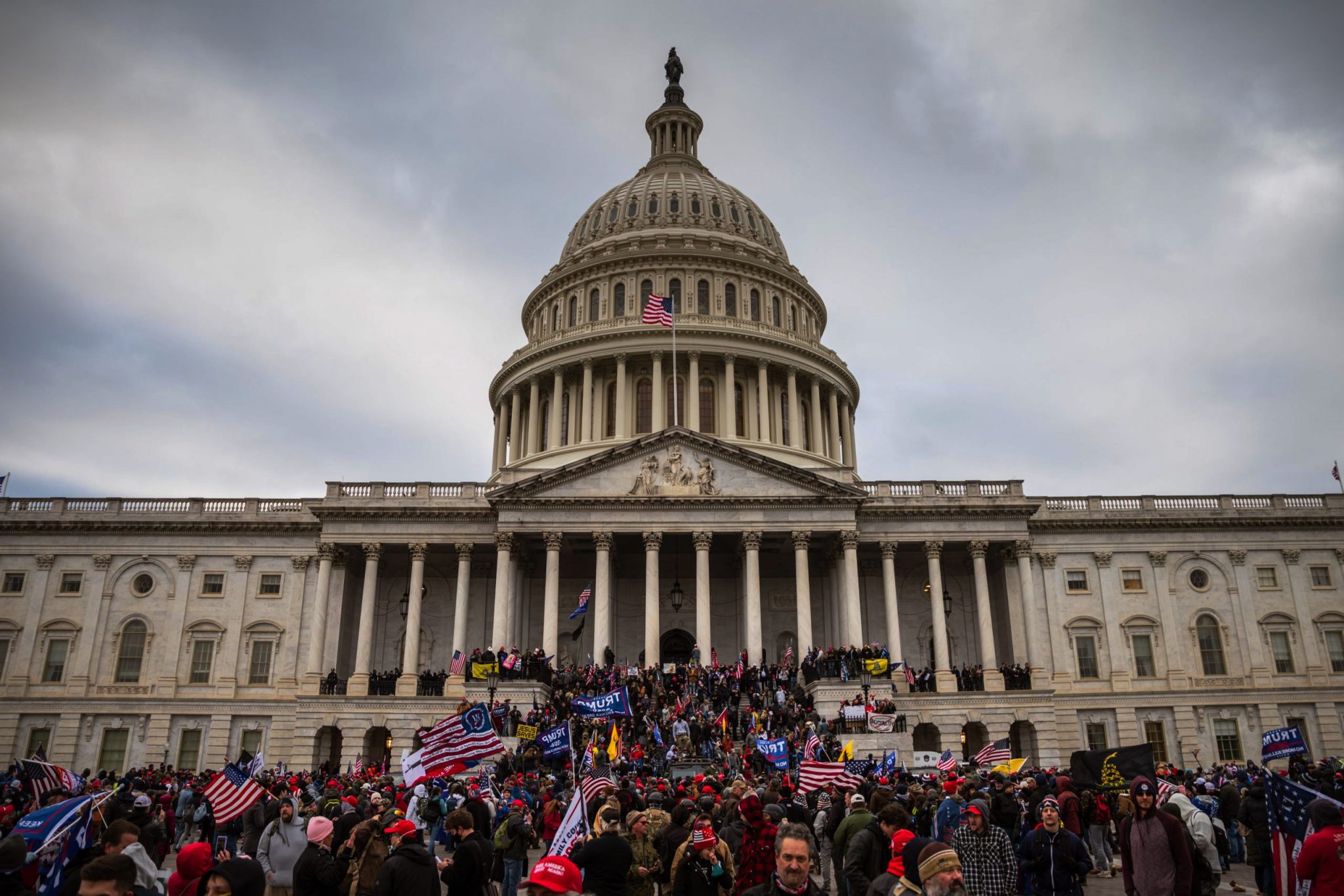 The videos and photos that emerged from the Capitol invasion looked like an alcohol-powered high school gang prank that spontaneously gathered momentum. The invaders are pictured walking around taking it in, many shooting videos and taking pictures of the grand success of their teenage disobedience.

There was another dimension to the scene that seemed out of 1968 Haight-Ashbury – a little past its prime, but still robustly weird. The icon of this segment was the guy dressed up as a little bit of the Mighty Thor and little bit of Captain America, looking as if he had just come from an acid test that he had failed. A prophet of Q, apparently, an appointment that we must take on faith. He too struts about aimlessly, with no plan and no tactical command, giddy at his temporary success but with no purpose other than being there, apparently.

Just like a high school prank gone disastrously wrong brings out the resolve of parents and schools to crack down on bad behavior, so too this trampling of our democracy’s capital has stirred revulsion among the great mass of Americans.

I’ll give you an insurrection — a buffoonish and incompetent one, but at least it tried to be an insurrection. A German party that used violence as its calling card and its leader, who had condemned the new German democracy as ineffectual and treacherous, declared themselves the new state. The party – the National Socialists, or Nazis, had already nailed down the support of Germany’s World War I hero and then military dictator, Gen. Erich von Ludendorff, who actively joined them. The Nazi insurrectionists immediately enacted a local coup, arresting the leaders of the Bavarian government and forcing them to declare support. The next day, led by the mastermind of the party, an ex-corporal named Hitler, set out on an armed parade meant to imitate Mussolini’s march on Rome, which had toppled the Italian government not long before.

The coup failed ignominiously. But it had a clear plan to take power, and it had its tactics, however faulty. That was clear to all its participants — this was an attempt to topple the government and its legal order. No one had any doubt about the issue, inside or outside the party.

Here’s another real insurrectionist attempt: In 1954, four Puerto Rican nationalists opened fire from the gallery in the House of Representatives, wounding five representatives, one seriously. Clearly they did not expect to take over the government with four people, but it was clearly a planned act of violence enacting a vicious but thought-through plan.

Wednesday’s adolescent romp has to be seen for what it was and the appropriate consequences legally sought. Laws were broken, and justice should be meted out just like it must be for drunken high school pranksters.

There is of course a big difference between this and a high school stunt. This breached a space and a place that is as revered as it gets in an argumentative democracy. The support for the lawless acts committed is exceedingly small — Right and Left in their overwhelming majorities condemned it in the strongest terms.

As most unthinking acts do, this has turned out disastrously for the cause that these people ostensibly embraced. Hopefully, we will see who they really are as investigations proceed, though there is no cause to be sanguine about that. The Capitol breach turned all focus away from the issue that the tens of thousands of demonstrators had wanted to put before the country, and it slammed shut the door on the last constitutional opportunity to contest the election results.

Just like a high school prank gone disastrously wrong brings out the resolve of parents and schools to crack down on bad behavior, so too this trampling of our democracy’s capital has stirred revulsion among the great mass of Americans. That revulsion represents political opportunity for the many radicals among the triumphant Democrats now taking power. They want to snowball that revulsion. They are betting that this event gives an excuse to cast aside the dubious promise of Biden to be a peacemaker, a president for all Americans, a man of love. Witness the push now to portray this idiotic breach of law as an organized attempt at insurrection, implicating, of course, the president they have been striving to convict of something grave for more than four years.

The president bears responsibility, as leaders do, for not leading better, for not foreseeing that this could happen and so damaging the causes he has stood for and his own personal cause. Always a man who is clearly visible, with both faults and merits writ large and public, he now suffers from his errors.

But one thing this was not was a Trump-led insurrection. Recognize that charge as the lie that it is, the one the radical Left thinks it can use to cast aside any pretense of care at all for the approximately half of all Americans who voted against them. They are seeking, by philosophy, to force them — to force us — to change to fit their model.

Things look dark. Our faith must come to the fore. We believe, as our Declaration of Independence states, that our rights are in fact unalienable. In the end, freedom and its truth will triumph. But for now, we must fight the real battle and win the hearts and minds of our fellow Americans.