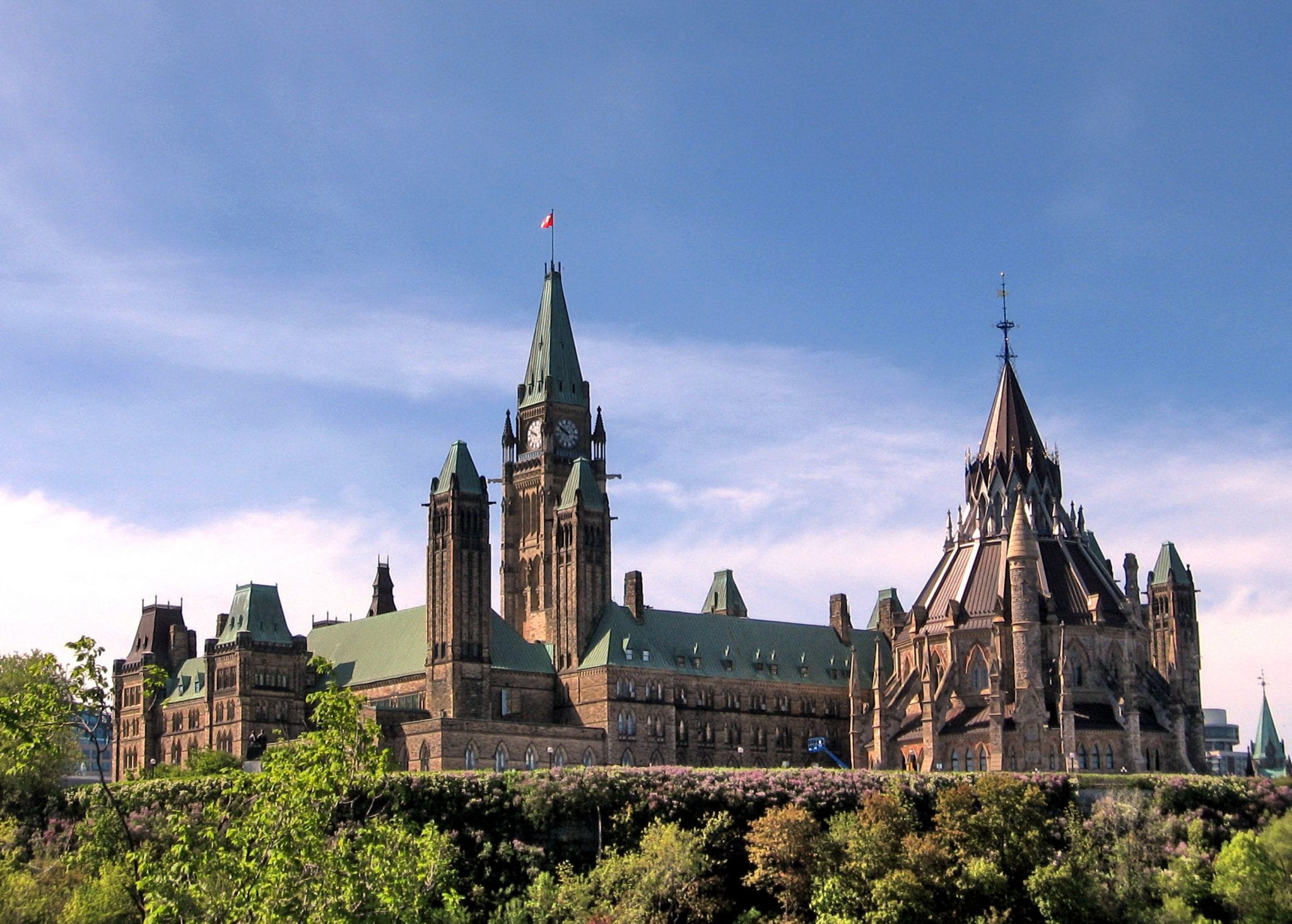 How do you convince society to embrace euthanasia as a means of attaining utilitarian benefit — while also convincing yourselves that your culture remains both moral and compassionate? Once you get past the squeamishness of allowing doctors to kill patients, it isn’t that difficult: First, legalize euthanasia of the seriously ill and disabled. Once the community becomes comfortable with doctors committing homicide as a means of eliminating suffering, you next allow those who want to be killed to donate their organs. After all, they won’t need their livers anymore, so why not let others have them? Next, ensure that the potential of euthanasia to add to the organ supply becomes well known, both to normalize doctor-administered death and to induce people to believe they or a loved one might personally benefit from doctors killing the sick. Finally, over time, you expand euthanasia/organ donation eligibility to patients who are far from death, such as those with neuromuscular disabilities or psychiatric illnesses — better organs, don’t you know — justifying it as you go along with soothing words of respecting autonomy and preventing suffering.

Lest any reader believe that I am conjuring a paranoid dystopian fantasy, this very scenario consumed the medical and organ transplant ethics of the Netherlands and Belgium, nations in which patients with mental illnesses and other diseases are admitted to hospitals, killed by lethal injection, and then wheeled immediately into a surgical suite for organ harvesting. When I bring up these facts in domestic debates about assisted suicide, supporters of doctor-prescribed death sniff that the Netherlands and Belgium are not the United States, and that such crass utilitarian exploitation of the despairing would never happen here. But why? Once we deem certain categories of people to be killable — which is precisely what legalizing assisted suicide and euthanasia does — it becomes all too easy to conclude, as Belgians and Netherlanders have, that since these patients want to die we might as well benefit societally from their deaths.

That is precisely what happened in Canada, the United States’ closest cultural cousin, and indeed, a country many Americans see as having more enlightened public policies than our own. In the three years since lethal injection euthanasia became legal in Canada, at least thirty people were organ harvested after being euthanized. That number may soon increase dramatically as the Canadian medical establishment has come out solidly in favor of letting people who die by euthanasia to also become organ donors.

A major ethics “Guidance” was just published in the Journal of the Canadian Medical Association that establishes euthanasia kill-and-harvest (my blunt term) protocols. It makes for a chilling read.

Talk about whistling past the graveyard! It’s not a secret that Canada permits the conjoining of killing and harvesting. Indeed, the supportive media are already hyping the potential that more organs will soon be available because of the Guidance. For example, the country’s national paper, the Globe and Mail, published a major story that opens with a widow describing her husband’s donation of organs after euthanasia as “a bright spot in an otherwise black time.” Moreover, the story reports that doctors are already being “inundated” with inquiries by euthanasia patients about organ donation. And, of course, no one in the story casts doubts about the moral propriety of grafting a killing practice onto a procedure known as “the gift of life.” The agenda is vividly clear.

Further undermining the goal of keeping the death decision separate from the donation choice, the Guidance would permit doctors to bring up the idea of having one’s organs procured post-euthanasia (my emphasis): “All eligible, medically suitable [euthanasia] patients should be given an opportunity to consider organ and tissue donation.… Initially, some jurisdictions might prefer to begin with systems that respond only to patient-initiated requests.” Hello! This means the idea to donate could come from the very doctor who will be killing the patient.

Families could also be kept in the dark — both about the euthanasia request itself and the organ donation. “Donation discussion must respect patient autonomy, and first-person consent should be obtained and upheld.” In the event of family disagreement, “First person consent should direct all subsequent decisions unless consent was revoked.” In other words, since euthanasia is considered a medical treatment, a family could first learn that (say) their disabled son had been euthanized and harvested when they receive the call from the morgue.

Doctors and nurses with moral objections could be forced to participate, even if they object to euthanasia or taking organs from someone who was killed. “Healthcare professionals should act in accordance with… requirements for effective referral,” the Guidance pronounces. In Canada, “effective referral” means that a dissenting doctor can say no, but also must refer the patient to a doctor known to be willing to perform the deed. In other words, healthcare professionals would be forced to be complicit in acts to which they have a profound moral or religious objection. (An Ontario, Canada Court of Appeals recently ruled that all doctors who object to legal medical acts, such as abortion, euthanasia, or transgender-related interventions, must make effective referrals.)

I scoured the document, and do you know what I didn’t find? Any requirement that patients who ask for euthanasia receive suicide prevention or treatment to help them overcome the desire to die. In other words, the Guidance places “patient autonomy” above the value of the patient’s life — Hippocratic Oath, be damned — even though some of these patients could later change their minds about wanting to die if they received professional mental health support.

The Guidance requires the euthanasia donor to be dead before organ procurement, in keeping with usual organ donation requirements. But why? Let’s follow the logic: If we accept the killing of patients who want to die, and if we accept allowing such patients to consent to organ procurement after their death, why not just skip the euthanasia/suicide part and go directly to procuring a living patient’s organs? After all, live organ harvesting would provide better and more viable organs, and also, result in the desired death.

Oh, Wesley! Get real. No one would never go that far!

They haven’t yet — but articles advocating euthanasia by organ harvesting have been published in some of the world’s most respected medical and bioethics journals. For example, a 2018 column in the New England Journal of Medicine opined that in countries in which euthanasia is legal:

Some patients may want to be sure that organ procurement won’t begin before they are declared dead, others may want not only a rapid, peaceful, and painless death, but also the option of donating as many organs as possible and in the best condition possible.… In such cases, it may be ethically preferable to procure the patient’s organs in the same way that organs are procured from brain-dead patients (with the use of general anesthesia to ensure the patient’s comfort).

Thus, the organ procurement surgeon would be transformed from exclusively a protector of life into a killer who causes death by removing vital organs.

Belgium, the Netherlands, and Canada demonstrate that conjoining euthanasia and organ harvesting logically flows from legalizing so-called mercy killing. As the pressure to legalize assisted suicide continues to mount here — New Jersey just enacted such a law and the Maine Legislature has sent a legalization bill to the Governor — we face the prospect of a profound moral crisis. Will we continue to view the terminally ill, seriously sick, anguished psychiatric patients, and people with disabilities who want to die as moral equals whose lives are of immeasurable value — even if they cannot see it — and hence, as worthy of the same rigorous suicide prevention we provide to healthy suicidal persons? Or, will we transform such despairing people into a killable caste, and ultimately, also view them as potential organ farms? We had better choose carefully because once a society falls into the moral abyss, it is almost impossible to climb out.

Award winning author Wesley J. Smith is a senior fellow at the Discovery Institute’s Center on Human Exceptionalism and a consultant to the Patients Rights Council.