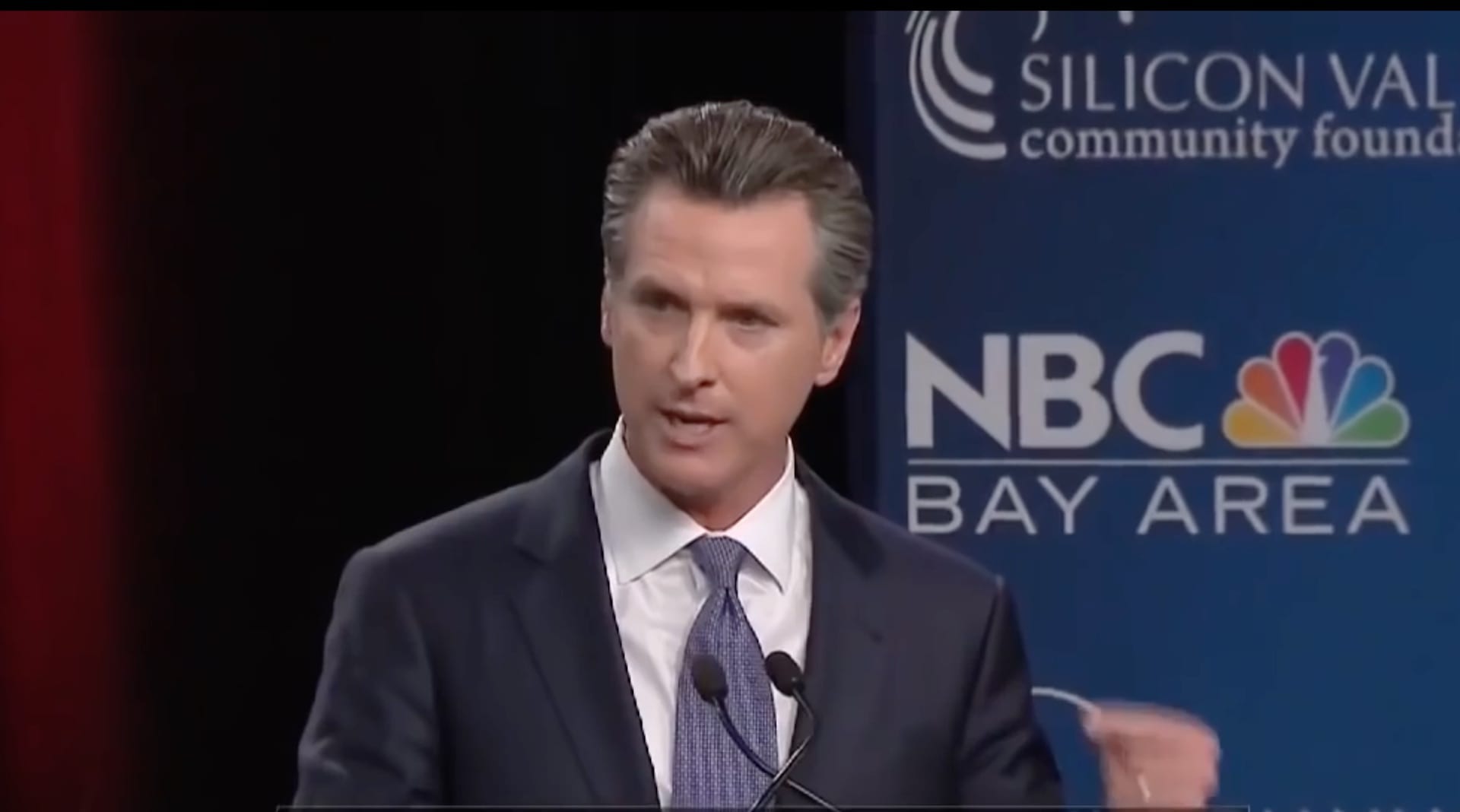 When Donald Trump last week endorsed San Diego area businessman John Cox for California’s gubernatorial election, some of the Trumpiest grassroots Republicans were outraged. They blasted Cox, a fairly traditional conservative with a professional demeanor, and swore their fealty to Assemblyman Travis Allen, a populist Orange County bomb thrower whose campaign is built around cheerleading for the president.

It’s not worth getting too deeply into the relative merits of each candidate, given that either man will be inaugurated as governor around the time I’m tapped to be secretary general of the United Nations or named Pope Francis’ successor. Yet emotions run high. It reminds me of the old saying about academic politics: they are so vicious because the stakes are so small. Aren’t there better things to do than getting worked up over a pointless election?

It’s not that the election doesn’t really matter. The front-runner, Lt. Gov. Gavin Newsom, is a San Francisco progressive who wants to create a single-payer healthcare system, something that could destroy our state’s medical care and economy. He’s also a zealous gun controller. Jerry Brown set spending records, raised taxes, embraced a burdensome cap-and-trade scheme, and pushed a bullet-train boondoggle — but he said no to most of the really crazy stuff. As he exits, California enters a new era where progressives will be in complete control.

I suspect that Trump’s endorsement was driven by concerns about Congress. The GOP’s continuing control of the House of Representatives might hinge on a handful of California races, and polling suggests that Cox offers the best shot for the GOP to even have a Republican on the ballot in the general election given the state’s jungle primary that advances the top two vote getters, regardless of party.

I’m also guessing that party leaders and the president figure that the more serious Cox is far less likely than Allen to insert foot in mouth, which means less fear of a media frenzy and other campaign distractions. California is an overwhelmingly Democratic state and any candidate with statewide aspirations has to reach beyond the small, pro-Trump base, which Cox obviously is better suited to do. But, again, the endorsement isn’t about helping either Republican as much as it is about minimizing broader damage to the GOP in the general election.

During a debate earlier this month, the moderator, Chuck Todd, asked Newsom about the possibility of facing off with another Democrat in November. “You know my position, Chuck. A Republican would be ideal… and either one of these will do,” Newsom said, to widespread laughter. That’s why Newsom’s campaign has run a “hit” ad on Cox that seemed to design to bolster Cox’s support among Republicans. Newsom knows that a Republican on the second spot — rather than former Los Angeles Mayor Antonio Villaraigosa, a fellow Democrat — would mean a cakewalk.

The situation is depressing. Wealthy backers of charter schools, including a number of Republicans, have been dumping serious money into Villaraigosa’s flagging candidacy because of the former mayor’s admirable willingness to stand up to the teachers’ unions during his stint as mayor. But Villaraigosa is backed by other public-sector unions. For years, he has called for the state to undermine Proposition 13, the 1978 voter initiative that limited property tax increases and sparked the taxpayer revolt that bolstered Ronald Reagan’s career. Villaraigosa would apparently remove commercial properties from the measure. That’s scary, too.

It’s fascinating that Republicans and their grassroots activists continue to organize, fund campaigns, and keep their emotions high given that they have a ballpark-zero chance of succeeding. Indeed, it’s still a longshot that any Republican will win any of the statewide constitutional races, ranging from lieutenant governor to controller. It’s iffy if any Republicans even make it into the number two spot for the general election. Increasingly, I hear Republicans talk about getting onto that second spot as something of a victory, but it’s hard to see how doing so and then getting creamed in the election is worth the effort. There are no prizes for runner-up.

What keeps them going? Why even bother? Then again, people vote in high numbers in authoritarian countries even though the results typically are preordained. There must be something about the act of democracy that energizes people. Not voting seems like a better way to go. Nothing freaks out the political establishment more than low turnout, which undermines their sense of legitimacy. That’s one reason why politicians constantly are coming up with ways to make it easier to vote. I say this, however, as someone whose vote-by-mail ballot is sitting on my desk, filled out, and ready to take to the drop-off point. I can’t help myself.

Last week, I attended a Libertarian Party function where candidates — including ones who were mounting a write-in campaign — touted their candidacies for various local office. None of them have any chance whatsoever, yet they keep on going like any of it matters. We’re at a point where democracy has become more of a civic exercise or sport than a realistic means of selecting leaders.

San Francisco Weekly published a story recently about that city’s mayor’s race, titled “Does this mayoral race even matter? Spoiler alert: Yes, it does.” But the writer points out that on paper “the top three candidates’ campaign issues appear nearly identical.” So there’s virtually no substantive debate any more over any of the issues, and that’s true not just in wacky San Francisco. It’s easy to blame the top-two system, but even without it things wouldn’t be much different.

We are left hoping that a Republican manages to even make his way into the general election where he might be able to bring up a point other than how much we should raise taxes and what kind of government-controlled healthcare system the state should create. But even then it won’t make any difference in the final result. So why get so agitated over which Republican will get the support of the president or anyone else?