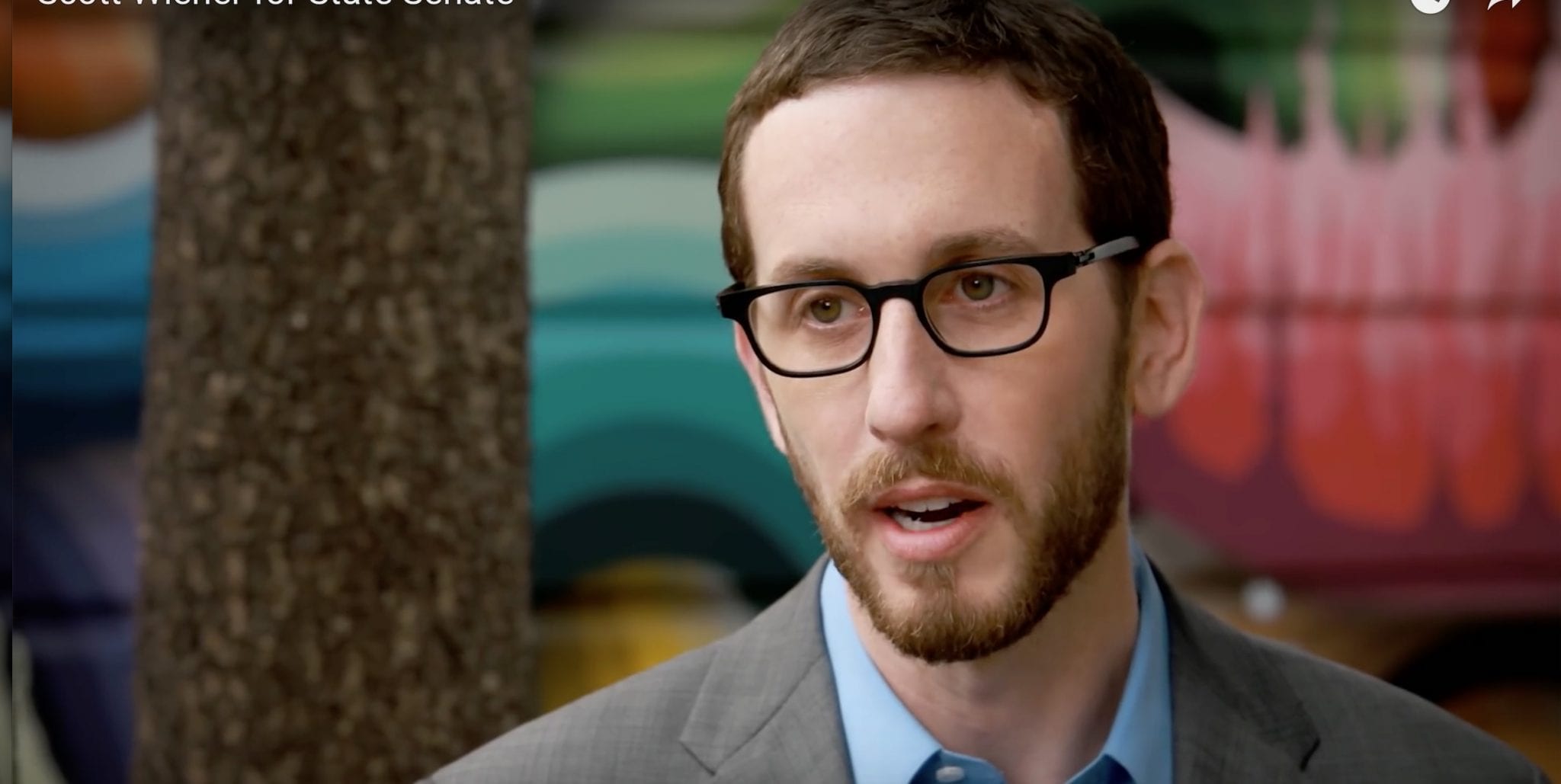 California’s state budget is flush with cash and spending levels have hit record highs. After last decade’s recession, state lawmakers talked about making up for spending “cutbacks,” but those days of slowed spending growth are long-distant memories. Nevertheless, every few seconds, it seems, a legislator proposes some new, major tax increase. No matter what these Democrats say, their appetite for taxation is insatiable. Good times or bad, there’s always one, simple solution: Raise taxes on the “rich” to pay for more programs for the “poor.”

The latest insanity comes from Sen. Scott Wiener of San Francisco, who actually is considered one of the more moderate members of the Democratic caucus, which should tell you something. His idea is to impose a death tax on Californians unfortunate enough to be living here when the Grim Reaper calls. The goal is to counteract the effects of the Republican tax overhaul law and provide an estimated $1 billion a year to pay for programs that help the poor “end the cycle of intergenerational poverty.”

A hint for Sen. Wiener: The best way to create wealth and end intergenerational poverty is for people to become less dependent on government programs and to, you know, get jobs, save money, buy houses and that sort of thing. To his credit, some of Wiener’s other legislation has tried to untangle some of California’s housing regulations, which make such upward mobility less feasible. But this proposal is a stinker in that it will only chase away the kind of people who might otherwise be building businesses that employ the inter-generationally challenged.

Thanks to GOP efforts in Congress, the federal death tax — a vile form of double taxation that destroys family businesses and farms — kicks in for estates of more than $11.4 million for individuals and $22.8 million for married couples. That’s a fairly high cap that’s applied to fewer than 0.1 percent of U.S. deaths every year. Wiener’s tax would kick in at $3.5 million and would phase out once the deceased’s relatives reach the federal limit. It’s noteworthy that Wiener predicts revenues of $1 billion, which is a rounding error in the California budget.

That’s a really low threshold in California, given that in the Bay Area one can easily own a nondescript tract house that approaches that value. But this legislation seems more about ideology than tax collections. “Given the roles of intergenerational wealth transfer, and past and present barriers that have kept marginalized families from building wealth, private action and market forces alone cannot be expected to address wide-scale racial wealth inequality, and public sector intervention is needed,” according to the legislation.

Senate Bill 378 doesn’t specify the kind of programs the state would create, but it would create something called “Social Inheritance Accounts.” The language notes that, “Throughout history, federal and state governments have provided ‘wealth starter kits’ for some Americans, giving gifts of land, education, government-backed mortgages and farm loans, a social safety net, and business subsidies sometimes exclusively and usually disproportionately, to white families.” Bottom line: expect more programs targeted to poor, non-white families if the measure, which would go onto the 2020 statewide ballot, is approved by voters.

Liberal groups already have qualified another envelope-pushing tax increase for that ballot. Since 1978, Californians’ property taxes have been capped by Proposition 13, which grew out of a tax revolt that propelled Ronald Reagan onto the national scene. After quickly escalating home values, many elderly Californians were being taxed out of their homes. The proposition — long considered the third rail of California politics, much as Social Security is considered the third rail of national politics (touch it and you die) — limits property tax rates to 1 percent of a property’s purchase price (plus local bonds) and caps annual hikes to 2 percent.

It’s part of left-wing dogma that Prop. 13 “starved” California of dollars for public services, even though other aspects of the state budget have grown exponentially. California’s government is not starved of anything other than accountability and a sense of restraint. It’s not Prop. 13’s fault that state lawmakers have, you know, spent money hand over fist and have turned state workers into virtual millionaires when you consider the value of their guaranteed pensions.

Property taxes are the one area where Californians are taxed at a middle-of-the-road, rather than top, level. But our property values are so high that county assessors still get their share given that a smaller percentage of a big values still means a lot of government money. The 2020 measure would eliminate Prop. 13 protections for commercial properties by creating a “split roll.” You can be sure these same folks will be coming for residential property next if this passes.

California’s voters typically have resisted efforts to raise taxes at the ballot box, but the electorate is much different now — and 2020 should be a high turnout year for Democrats here given that Donald Trump will be on the ballot. The commercial property owners will no doubt spend big bucks to battle the “split roll” proposal, but it’s unclear whether there will be any well-financed opposition to the death-tax increase, if the Legislature puts it on the ballot. Then again, voters soundly rejected a rent-control measure in 2018, so there’s always reason for hope.

All these tax measures neglect the degree to which the state’s government-centric policies are the main cause of California’s highest-in-the-nation poverty rates (based on the Census Bureau’s cost-of-living-adjusted formula). Regulations add 40 percent to the cost of a new single-family home in many areas and growth controls drive up the cost of existing housing to obscene levels. That’s the main determinant of poverty. How far would even a great salary go if you had to pay $800,000 for a basic house? Then there’s the crushing overall tax burden and regulations that limit the ability to start small businesses. Are we surprised that many people are struggling?

Creating a meager fund to throw a few crumbs in the direction of poor people will not help them build wealth. Nor will subsidized apartments that let them forestall buying their own property and building equity in it. Just as state officials have steadfastly avoided fixing a public-pension system awash in debt, they’ve created a new mini-Social Security system called CalSavers that forces private employers to set up retirement accounts for their workers. That won’t help, either.

In California, there are two certainties beyond death and taxes: The Legislature will never attempt to fix the state’s bureaucracies or any of the problems they have created, and it will always seek out new taxes to fund meaningless new programs.