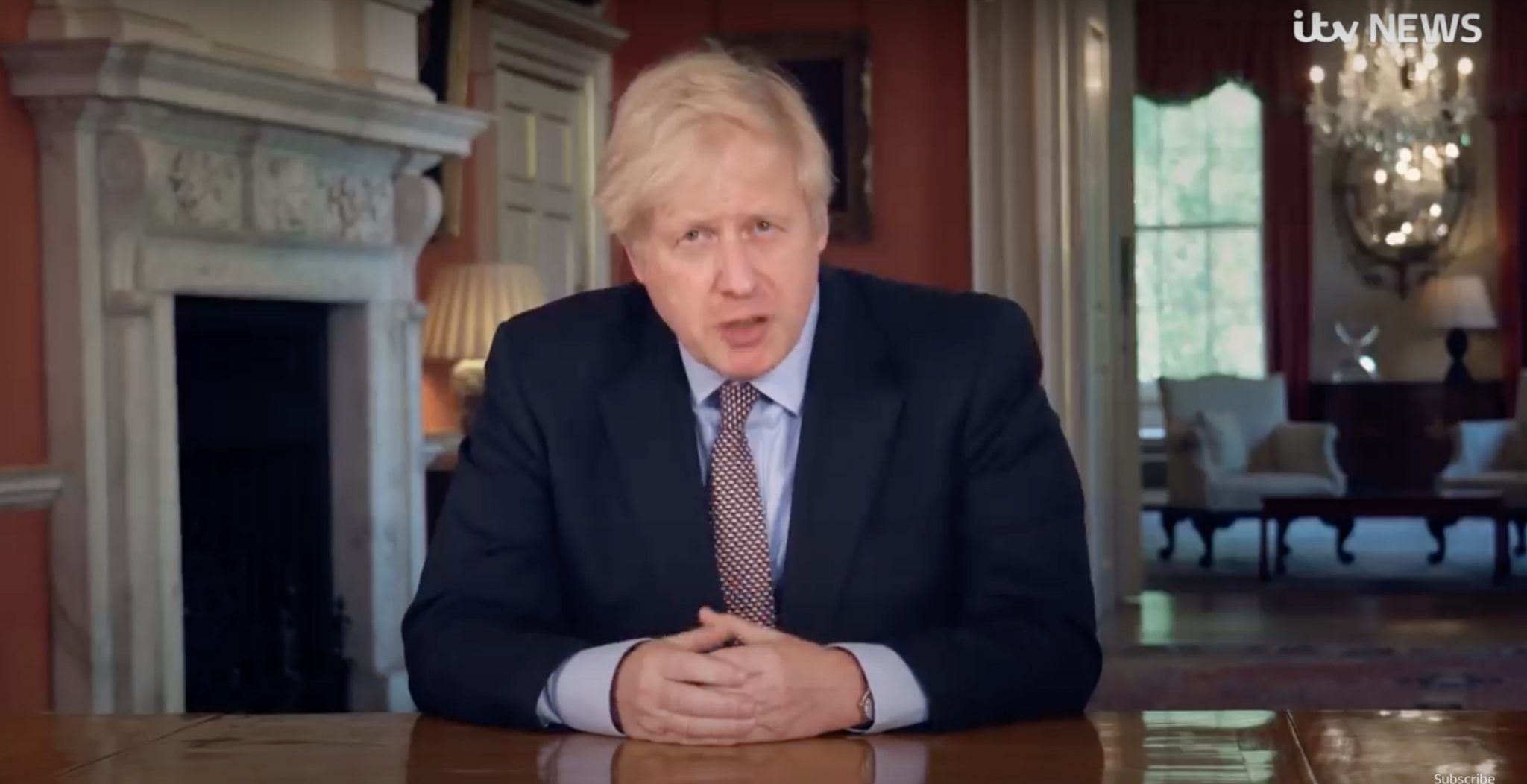 Few will deny that British Prime Minister Boris Johnson has chutzpah. His latest address to the nation, setting out protocols and timelines for relaxing restrictions imposed in aid of combating coronavirus, does Boris proud in the arts of tergiversation. Breitbart London’s James Delingpole calls the Premier’s latest response “like everything else his flailing, failing administration has done in response to the Chinese coronavirus pandemic, it’s an embarrassing shambles.”

Acknowledging that since mid-March “the people of this country began to put up with restrictions on their freedom — your freedom — of a kind that we have never seen before in peace or war,” Johnson then laments, “We must also recognize that this campaign against the virus has come at colossal cost to our way of life.”

Yet the prime minister is no passive observer to this assault upon British liberty. The United Kingdom was not struck by a space-born asteroid or hit by an unforeseen natural disaster that necessitated such draconian measures.

Viruses of such virulent natures are natural occurrences. Normal practice is to safeguard the vulnerable — those of “tender” or advanced years and anyone with respiratory difficulties or compromised immune systems. Infected individuals are treated and isolated to stop the spread. For everyone else, it’s business as usual.

Britons entered World War II and the Blitz with such a “stiff upper lip” philosophy. Then, its leaders (and who can forget Sir Winston’s Churchill’s unbending resolve in the face of daunting odds?) lived according to the motto “Keep Calm and Carry On.” The 1939-era poster with which we are now all so familiar was printed in the millions, but curiously, according to Wikipedia, few were actually posted. Perhaps the advice was considered redundant for an already defiant people? Now, with the coronavirus, Britons are told to bunker down for the duration and threatened with penalties and police action if they fail to “cower” in place.

These remarks should not be read as outright dismissal of the deleterious health effects of coronavirus, nor as insensitive disregard for those who have died as a result of catching the virus. Countries have experienced such pandemics in the past, however, without resorting to the strong-armed tactics so beloved of authoritarians.

More important, the myriad approaches to containment and their respective results should make any impartial observer think twice. Whether shutdowns have been stringent or lax (even, in some cases, nonexistent), the results are remarkably similar: infections rise, peak, and subside. Oddly enough, reports often indicate that those countries with the most severe measures fare no better, and perhaps worse, than those with more lenient protocols (see the case of Belarus, for one of many examples of beneficial neglect).

At some point, these conflicting cause–effect data should make any responsible person pause and reflect. Why are putative “conservative” politicians so sanguine as they curtail civil liberties? Where is the “free” press to hold them to account and justify the lockdown of liberty? How can responsible citizens allow themselves to be so gullible as to accept their self-imposed incarceration unquestioningly?

Is the coronavirus what Alfred Hitchcock called the “MacGuffin,” a means by which to advance the plot? If so, then what’s the plot? Or, less ominously (perhaps), is the media onslaught of coronavirus updates one way to unsettle a beleaguered public that can no longer see the forest for the trees? Again, to what end?

Untold pitfalls lie in wait for a beguiled public no longer required to think for itself. If “no risk” is the criterion for conditions of normalcy, what future crises will precipitate lockdowns and infringements of liberty? What precedents are now being molded for political expediency? If a Conservative government can impose these drastic measures for the good of the people — a species of “only Nixon could go to China” shorthand — what is in store when Labour comes to power? As always, Edmund Burke speaks political sagacity to these perennial perils:

I have always understood absolutely to prescribe, whenever we are involved in difficulties from the measures we have pursued, that we should take a strict review of those measures, in order to correct our errors, if they should be corrigible; or at least to avoid a dull uniformity in mischief, and the unpitied calamity of being repeatedly caught in the same snare.

That Boris Johnson justifies an alarming assault on individual liberty and freedom of association on the pretext of corralling coronavirus is damning in its own right. That a British public and press are so blithe to let him do so, conjures up more damning metaphors of Hell.