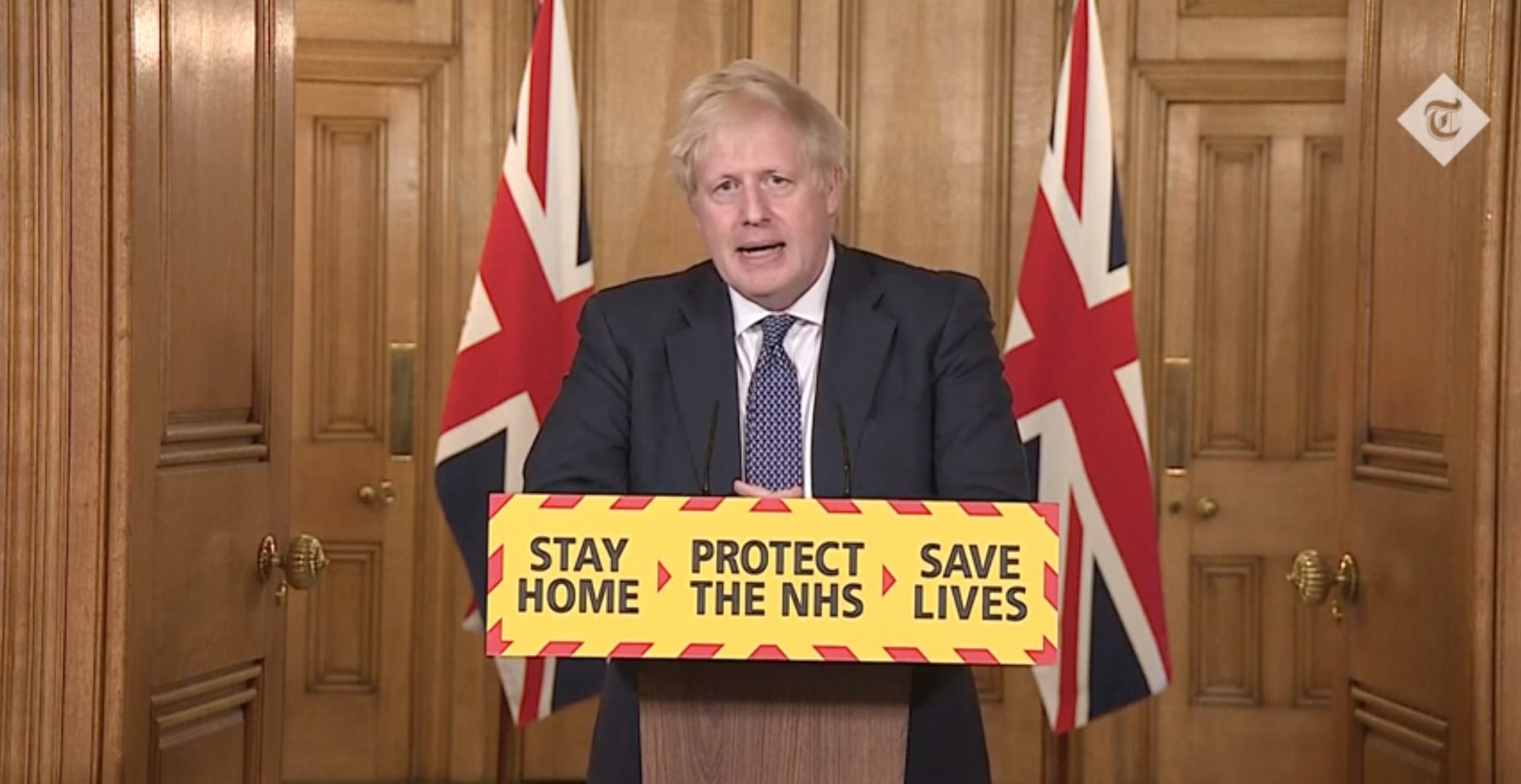 British prime minister Boris Johnson, returning to work after recuperating from seriously contracting the coronavirus, gives his first address to the nation and strikes a sour note. Wanted was a Churchillian moment of resolution and defiance, if not to “fight on the beaches,” at least the recognition that Britain was back in the game. Bombs may have rained down on its cities during the Blitz, but each morning men and women gritted their teeth and got on with their lives and the task of winning the war.

Boris merely offers them a damp squib. Instead of giving Britons “a clear indication of when the interminable lockdown he has inflicted on them was going to end,” James Delingpole of Breitbart London writes, or “some cogent justification as to why the lockdown needs to continue,” rather “unsurprisingly” the prime minister “failed completely.”

At the moment to move on and upward, Boris blinks. He offers mere platitudes and the promise that until its five arbitrary, open-ended “tests” are met, his Ministry will continue its “shelter-in-place” orders.

With Premier Johnson, we have been here before. Too many times to dismiss out of hand. Boris writing two Brexit speeches in the lead-up to the 2016 referendum: one supporting EU exit, one in favor of the EU itself. Boris standing for the Conservative leadership at David Cameron’s resignation, only to fold at what had been billed as his campaign launch. Boris voting for Theresa May’s flawed Withdrawal Agreement at its third “kick at the can,” his rationale being that the deal would be better than a possible alternative (it wasn’t). Now this.

How long will Boris remain in harness? True, he delivered UK independence from the EU, but, as the popular refrain goes, what has he done for them lately? Brexiteers anticipating further political and economic liberation are not enthusiastic about the Government’s spending spree announced in the Budget — with more red ink flowing due to the coronavirus shutdown, itself a cause for popular discontent.

Worse, the Conservatives face a new adversary in Labour’s new “soft left” leader, Sir Keir Starmer. More polished and savvy than his “red” predecessor Jeremy Corbyn, Starmer can point to the Government’s stimulus and infrastructure projects (much of it anterior to coronavirus aid) and ask Britons if the Tories can jettison political principle to justify piecemeal economic interventions, why not put in office a party that believes wholeheartedly in state socialism?

Nor can Johnson’s recent December electoral victory offer him solace. George W. Bush won the presidency resoundingly against John Kerry in November 2004 only to see it all go southward with Hurricane Katrina the following August. Bush’s popularity plummeted on the perceived weakness of the federal response, and Democrats reaped congressional gains in 2006, winning the White House two years later.

The prime minister should remember Sir Francis Bacon’s warning: that when a politician’s strength is expended, “he groweth out of use.” Boris, however, can take heart. No vocal opposition exists among Conservative MPs and no challengers to his power base. Where does that leave Brexiteers?

Fortunately, the European Research Group remains a powerful force on the Tory back benches. Originally formed to oppose further EU integration, it should now transform itself into a “ginger group” to hold the administration to account for “minimal government, maximal liberty.” Pressure must be applied to end the paralyzation of British business and social life. If Boris’s spine needs stiffening, who better than his political friends who benefit no less from his success?

Edmund Burke’s description of civil association as “the little platoon we belong to in society,” — thus leading to a “love to our country” — is no less true of subdivisions within political parties. Such political factions are a “trust in the hands of all those who compose it” and “none but traitors would barter it away for their own personal advantage.” Brexiteers have a sterling Victorian precedent to follow. “Young England” MPs, led by Benjamin Disraeli, harassed Sir Robert Peel for dereliction of duty to party and principle culminating, in 1846, with the defeat of their own government.

Nor should Brexiteers rely on their politicians alone. None can deprive British subjects of their natural rights to liberty and self-determination without just cause — with the burden of proof falling upon those seeking to curtail rights, not those defending them. (Many libertarians will find even this concession beyond the pale.) Any government that takes the route to restricting rights risks alienating its supporters and abrogating political power. For if Britons will not stand up for their own freedoms, who will?

“I like a little rebellion now and then,” Thomas Jefferson confessed to Abigail Adams; without it, he told another correspondent, there is “lethargy, the forerunner of death to the public liberty.”

Britain’s political and economic well-being are at such risk and the threats to personal independence and responsibility so high that now is not the time for complacency.

“The spirit of resistance to government is so valuable on certain occasions, that I wish it to be always kept alive,” Jefferson wrote the distaff Adams. “It will often be exercised when wrong but better so than not to be exercised at all.”

Stephen MacLean, a freelancer based in Nova Scotia,writes the Brexit Diary for the New York Sun.