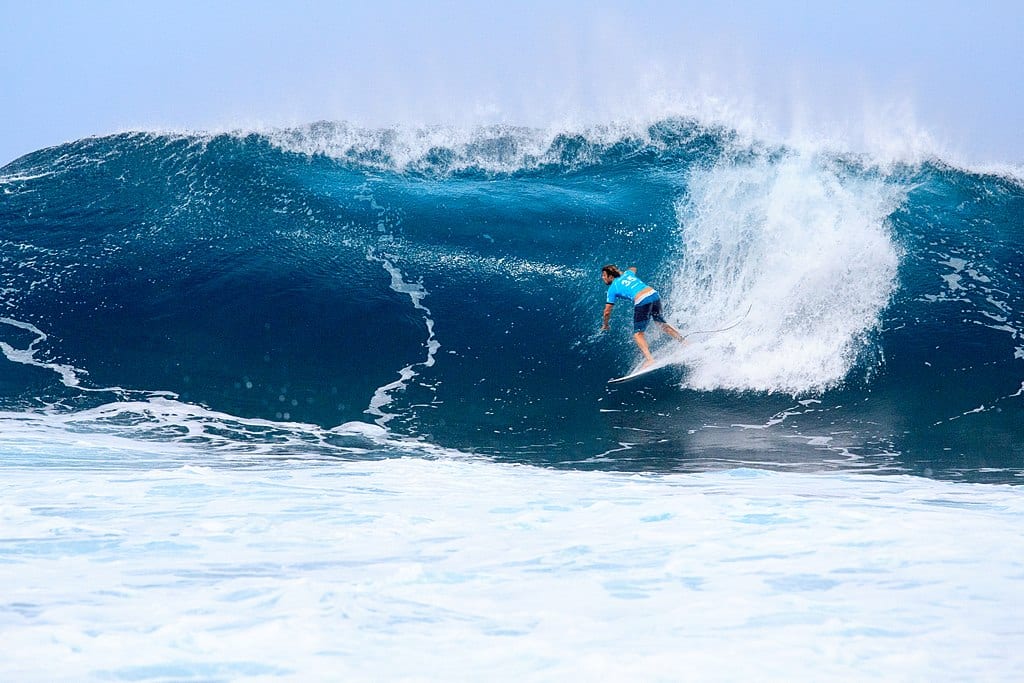 The blue wave is back! Having lost sight of that storied surge this spring, when Democratic prospects appeared to be ebbing, Beltway soothsayers have again spied a cerulean tsunami on the horizon. A sudden spate of “news” stories predict that the wrath of the resistance will wash away the Republican stain from the Speaker’s Chair in the House, and may even swamp the GOP’s Senate majority. CNN, for example, reports, “Every sign is pointing to a Democratic wave in November.” Unfortunately for the left, this wet dream is based on the claims of discredited forecasters, mercenary pollsters, and roundheel pundits.

Let’s begin with discredited forecasters. The above-quoted CNN story and most other media reports about the resurgent blue wave relied heavily on a recent analysis by Sabato’s Crystal Ball, which changed 17 House ratings in favor of the Democrats. CNN and the rest of the media reported this as if it had come from the lips of the Delphic Oracle. But Sabato’s prognostications invariably overestimate Democratic prospects. In 2014, for example, the Crystal Ball’s projections did so in every category — House, Senate, and Governorships. They did it again in 2016, as the Richmond Times Dispatch gleefully reports:

The final Crystal Ball had Democrat Hillary Clinton winning the White House with 322 electoral votes to 216 for Trump.… The Crystal Ball also projected that the Democrats and Republicans each would have 50 U.S. Senate seats and that U.S. Sen. Tim Kaine, as vice president, would have the tie-breaking vote.

Sabato’s savants also overstated Democratic prospects in the House, projecting 13 pick-ups. The Democrats actually picked up 6, leaving the GOP with a modest yet comfortable 241-194 majority. What about other prominent forecasters, like the Cook Political Report, who also predict a blue wave? Well, their reputations were also tarnished in 2016. As Politico reports, Cook projected that the Democrats “would pick up five to seven Senate seats, and Clinton would likely turn at least a couple of red states blue.” And what of the fabled FiveThirtyEight? As the Wrap succinctly put it, “Nate Silver Blew It Bigly.”

All of which means that the predictions of high-profile political prognosticators like Sabato, Cook, and Silver — whose research methods ostensibly go far beyond those of mere public opinion surveys — are unreliable. What does that say about the tracking polls with which we are daily inundated by interminable analyses? It means the polls have little credibility. It should be obvious that not all polls are created equal. Certain surveys always overstate Democrat strength, while others invariably overstate GOP strength, and it’s no coincidence that they tend to reflect the party line of the organization paying for the poll.

Mark Penn, chairman of the Harris Poll and former pollster to President Clinton from 1995 to 2000, provides a description of the polling business that few pollsters or media types will find flattering. In a recent column for the Hill, he indicted the “pundit-polling-news establishment” for studiously ignoring the blindingly obvious lessons of 2016. In his estimation, the major polling firms and news organizations to whom they purport to provide objective data have made no meaningful changes in the methodology that led them to miss the seismic shift in voter attitudes that led to President Trump’s 2016 victory:

Almost two years later, very little has changed in polling and analysis at major institutions and news media. If anything, the polling has drifted even further from reality when you look at the questions being asked and, more importantly, the questions not being asked. You don’t need polls to see the America you live in. You need polls to understand the part of America you don’t know.

Penn clearly believes that the use of public opinion surveys as information-gathering tools with which to gauge the general mood and specific concerns of the voters is a dying art. They are now used primarily to reinforce the editorial line of the news organization for which they are ostensibly gathering information. If a news network or publication is opposed to the policies of President Trump, the pollsters tend to “focus on the anti-Trump storyline as though the point of the questions is to prove the validity of that coverage.” That may keep the customer satisfied, but it also means the “polling could be missing reality, again.”

And that is not good news for the Democrats. They can’t win a majority in either house of Congress based on media happy talk about public opinion polls that tell you more about who’s paying for them than what the voters are actually thinking. Which brings us to all those “news” stories about the generic ballot and the allegedly imminent blue wave. Does any of it really mean anything? Probably not. As Ed Kilgore, by no means a conservative, pointed out over the weekend, “At this point in 2014, Democrats led in most generic congressional polls, but then lost the national House popular vote by nearly 6 percent.”

So, if the forecasters are unreliable and the pollsters are telling us what their paymasters want us to hear, what about those pundits who say the blue wave is coming? Most of them are also trying to keep their editors happy. Who are you to believe? Well, those of us who write for TAS. Look, GOP voters turn out in midterm elections in larger numbers than Democrats, and they won’t support a party that wants open borders, the abolition of ICE, single-payer, guaranteed government jobs, etc. Second, as a report from the Brennan Center for Justice confirms, the Democrats can’t win by merely matching GOP turnout:

Democrats would need to win by a nearly unprecedented nationwide margin in 2018 to gain control of the House of Representatives. To attain a bare majority, Democrats would likely have to win the national popular vote by nearly 11 points. Neither Democrats nor Republicans have won by such an overwhelming margin in decades.

This couldn’t come at a worse time for the Democrats. Once-loyal supporters are becoming disillusioned and joining the #WalkAway movement, rejecting the party that presided over slavery, the KKK, Jim Crow, segregation, and the welfare plantation. The turnout they need won’t be there. Democrat claims to the contrary are nothing more than swamp gas, noxious effluvia from the bowels of a moribund Beltway beast.