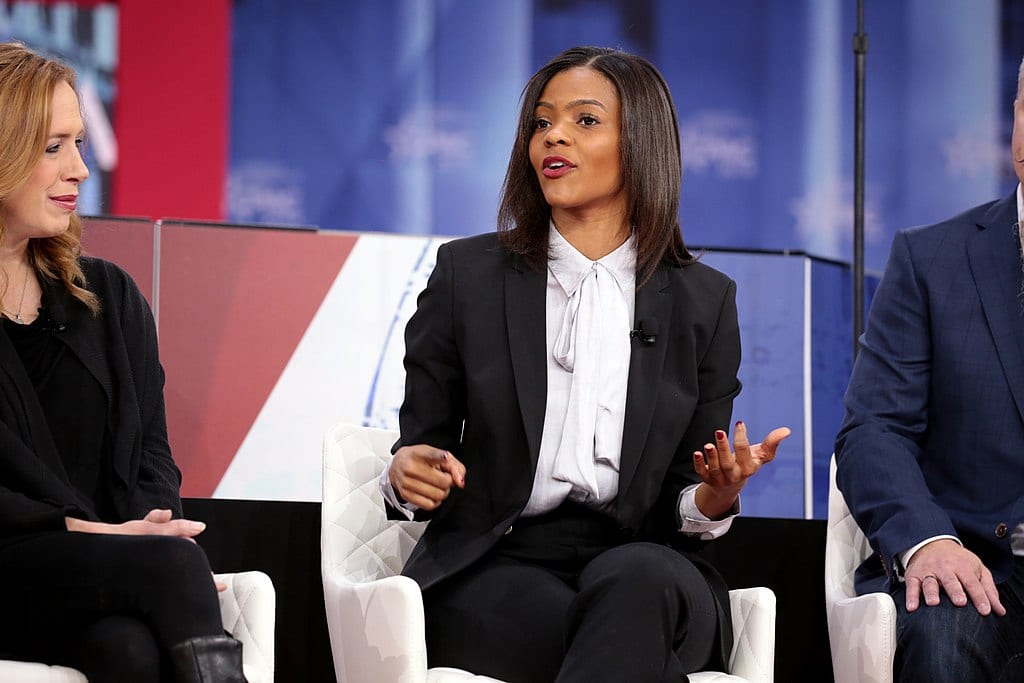 My first inkling that Donald Trump might actually become President came about mid-evening on election night, 2016, when I switched to MSNBC to look at that infallible barometer of Republican success at the ballot box, the expressions of the “journalists” reporting the returns. The first face I saw was that of Chuck Todd, who was frowning at a map of Wisconsin and maundering about Milwaukee. He was worried about low turnout in precincts where the African-American vote was crucial to Hillary Clinton’s success in the Badger State. Having long been skeptical of Trump’s chances, I was surprised. Todd was trembling.

His fear was well-founded. Those Milwaukee precincts were emblematic of a nationwide phenomenon that contributed in no small part to Trump’s victory — African-American enthusiasm for Hillary Clinton was tepid at best. Both the Democrats and the “news” media have ignored this reality. Their willful ignorance allows them to claim, as the brainiacs at Vox put it, “Trump won because of racial resentment.” Never mind that Hillary Clinton is conspicuously caucasian and that white turnout has remained relatively stable since 2004. As the Pew Research Center reports, this cannot be said for African-American turnout:

The obvious moral of this tale is that the Democratic Party has become so dependent on the African-American vote that it cannot hope to win a national election without generating a level of enthusiasm in that community comparable to that which former President Obama enjoyed. Consequently, any Democrat with an IQ exceeding single digits should be terrified by the #WalkAway movement. Candace Owens, one of its most influential voices (ask Kanye West), constantly reminds her huge social media following that the Democratic Party has used African-Americans to gain power and provided very little in return:

When over 90% of a community is voting for one political party, they become irrelevant. Our voting predictability made it so that neither side needed to make good on promises to our community. This is all about to shift, dramatically.

The Democrats and their media enablers, preferring to blame the Clinton defeat on Vladimir Putin, Barack Obama, James Comey, Jill Stein, Donald Duck, et al., have of course tried to downplay the influence of Owens and the movement in general. A few days ago, the Washington Post ran a typically dismissive piece titled, “The #WalkAway meme is what happens when everything is viral and nothing matters.” Its author, Abby Ohlheiser, describes Owens as “a conservative commentator who believes that black people have been brainwashed by the media to vote for Democrats,” and relegates #WalkAway to the “pro-Trump Internet”:

#WalkAway went viral because anticipating a mass conversion of Democrats to its side is an idea that the pro-Trump Internet loves to share. Those who represent the possibility of this conversion become conservative celebrities. When Kanye West tweeted praise of Candace Owens… the right-wing Internet saw an opportunity for a mainstream prophet, whose huge platform would bring around the End Times for liberalism.

Ohlheiser, being a millennial, probably hasn’t been exposed to very much history. So, she doesn’t know that we have seen this movie before. Between 1870 and 1932, African Americans voted almost exclusively for Republicans because the GOP presided over their manumission, the first civil rights laws, and the very Amendment to the Constitution that granted them the right to vote. But the Republicans made the same mistake that the Democrats are making now — taking their vote for granted. FDR and the New Deal Democrats took advantage of that colossal strategic blunder during the 1930s and the rest is… well… history.

But the times, to coin a phrase, they are a changin’. Democrats who believe that they have a permanent hold on the African-American vote should take a look at how these voters view their position on immigration. A recent Harvard-Harris survey found that African-Americans are the racial group most opposed to unlimited immigration. Whereas 79 percent of whites want to prioritize legal immigrants based on what they can contribute to our society, fully 85 percent of African-Americans hold that view. A party that advocates open borders and the abolition of ICE is going to get fewer and fewer of their votes.

The Democrats are in denial on this as well. They obviously believe that constantly accusing President Trump and his supporters of racism will somehow keep African-Americans on the liberal plantation. These people evidently failed to notice that, after Kanye West signaled his affinity for the President, a Reuters survey found that Trump’s support among African-American men doubled. This isn’t a huge number. But it won’t take a very large number of electoral defections to assure the death of the Democratic Party. But the Democrats and their media enablers remain in denial. As the Post writer quoted above confidently assures us:

There’s little actual evidence to suggest that #WalkAway represents a mass conversion… the#WalkAway hashtag is going Conservative Internet viral on the same hope driving recent pro-Trump support of Kanye West: that the country is on the verge of a mass conversion to conservative thought, a Great Awakening of sorts.

What this young lady, and the political party for which she shills, won’t see is what the Pew survey all but shouts at them. A “Great Awakening” isn’t required. All that is needed is about 5 percent more African-Americans to vote Republican and another 5 to 10 percent to simply stay home. And once they kick the Democrat habit, they won’t backslide. As Candace Owens puts it, paraphrasing Harriet Tubman, “I’ve seen black liberals go conservative, but never seen a black conservative go liberal.” So, let’s hope the Democrats and the “news” media keep dismissing #WalkAway. That means, to quote Reagan, “We win, they lose.”