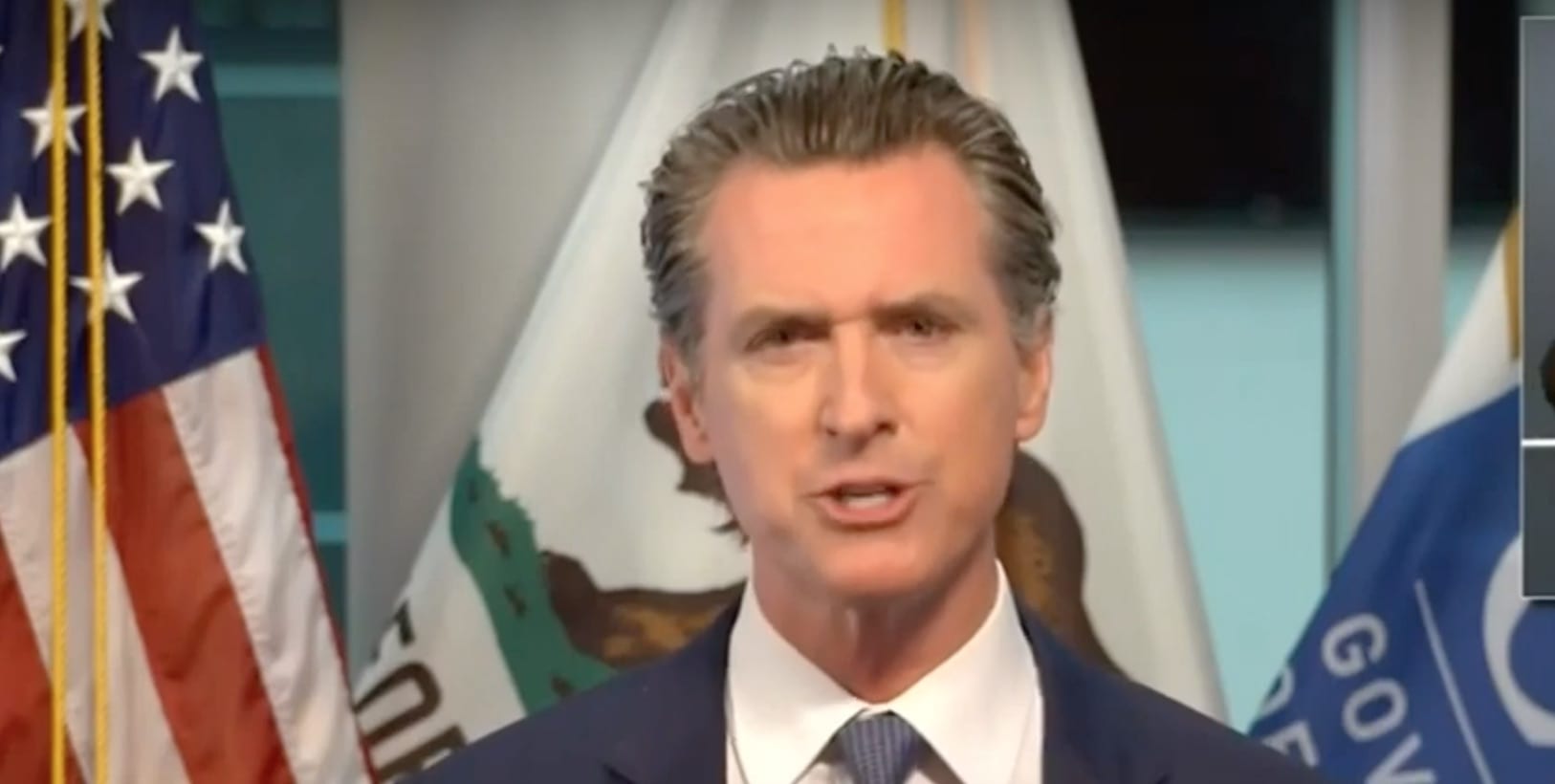 Supreme Court Justice Louis Brandeis famously wrote that an advantage of America’s federal system of government is that a state may “serve as a laboratory; and try novel social and economic experiments without risk to the rest of the country.” In a less celebrated passage of the same opinion, Justice Brandeis acknowledged that this was a mixed blessing with the potential to produce “arbitrary, capricious, or unreasonable” actions by the states. This is where we find ourselves today. A number of Democratic governors have used the coronavirus pandemic as a pretext to “experiment” with constitutionally protected civil liberties. Their states have, in effect, become laboratories of despotism.

California Gov. Gavin Newsom (D), for example, has refused to say when his stay-at-home order will expire, even in a purported reopen plan that that he announced last Tuesday. When asked when Golden State residents would again be able to exercise their First Amendment right to attend church, he vaguely replied, “months, not weeks.” In addition, Newsom was evidently so incensed by the number of people who went to the beach last weekend he decided to order all Orange County beaches and state parks closed to the public, effective May 1. Such decrees have provoked increased impatience with Newsom, including a rant from Elon Musk, whose Fremont Tesla factory is shut down:

This is the time to think about the future, and also to ask, is it right to infringe upon people’s rights.… I think the people are going to be very angry about this and are very angry. It’s like somebody should be, if somebody wants to stay in the house that’s great, they should be allowed to stay in the house and they should not be compelled to leave. But to say that they cannot leave their house, and they will be arrested if they do, this is fascist. This is not democratic. This is not freedom. Give people back their freedom.

Predictably, Newsom is the defendant in several federal and state lawsuits, plus at least one class action suit. Three Southern California churches have filed a federal lawsuit arguing that the governor’s shelter-in-place order violates their First Amendment right to freedom of religion. As their attorney puts it, “If a Californian is able to go to Costco or the local marijuana shop … he or she must be allowed to practice their faith.” Seven small businesses have sued Newsom alleging that the lockdown violates their civil liberties. Also, The American Spectator’s own Ben Stein, who lives in the Golden State, has joined a Freedom Works Class Action suit against Gavin “Il Duce” Newsom.

Nonetheless, even as President Trump announced that federal guidelines recommending sheltering in place will end on April 30, and Republican governors are gradually reopening their states, Democratic governors have made it clear that they plan to follow the California model of indefinite lockdowns. Washington Gov. Jay Inslee (D) has already admitted that his stay-at-home order will go beyond the original May 4 expiration date, but he won’t commit to a new date. Oregon Gov. Kate Brown (D), like her West Coast counterparts, declines to offer any commitment on what her state will do beyond generalities about allowing businesses to reopen when public health trends suggest they can.

Meanwhile, this refusal to seriously discuss reopening has also been adopted by the blue states of the Northeast. The Democratic governors of New Jersey, Pennsylvania, Rhode Island, Connecticut and Delaware, plus the RINO governor of Massachusetts, have all adopted New York Gov. Andrew Cuomo’s plan to remain locked down until May 15 or later. All echo his refusal to say what the plan will be will be after that date: “I don’t know. We will see what the data shows.” They will no doubt emulate Virginia Gov. Ralph Northam (D), who has imposed the nation’s longest mandatory lockdown–which won’t expire until June 10. Inevitably, Northam is also the defendant in a federal lawsuit.

It’s obvious why these Democratic governors refuse to lift their job-killing lockdowns, despite clear indications that their ostensible goal of “flattening the curve” has been achieved. The actual point of the exercise has little or nothing to do with public health. They hope they can delay reopening their states long enough to drive the economy into a depression for which the voters will punish President Trump and the Republicans. They don’t care how many lives they ruin. Nor do they give a damn if their actions are constitutional. They assume the voters are too stupid to see the despotic impulses that lie beneath their affected empathy. For them, it’s about power. Thus, as Charlie Kirk wrote Thursday,

The time has come to open America back up. And if a state blocks its citizens’ efforts to open back up, they should rebel, peacefully.… When American citizens are being good team players, doing their part to “slow the spread” and “bend the curve,” we expect government to respond reasonably and cooperatively.… And we will not sit idly by as our rights are stripped away and 26 million more Americans lose their jobs. We will rebel, protest and push back — peacefully if you let us — until America is open again.

Returning to Justice Brandeis, it’s useful to consider another of his memorable effusions: “Experience should teach us to be most on our guard to protect liberty when the Government’s purposes are beneficent.” Even if you were able to suspend disbelief long enough to accept that Gavin Newsom means well, you could never be convinced that locking down a state that produces 14.5 percent of the nation’s GDP can be good for the nation or the residents of the Golden State. The same applies to New York Gov. Cuomo, whose state produces 8.2 percent of our GDP. They shuffle around their labs conducting social and economic experiments. Who knows what they’ll create, but it won’t be “without risk to the rest of the country.”