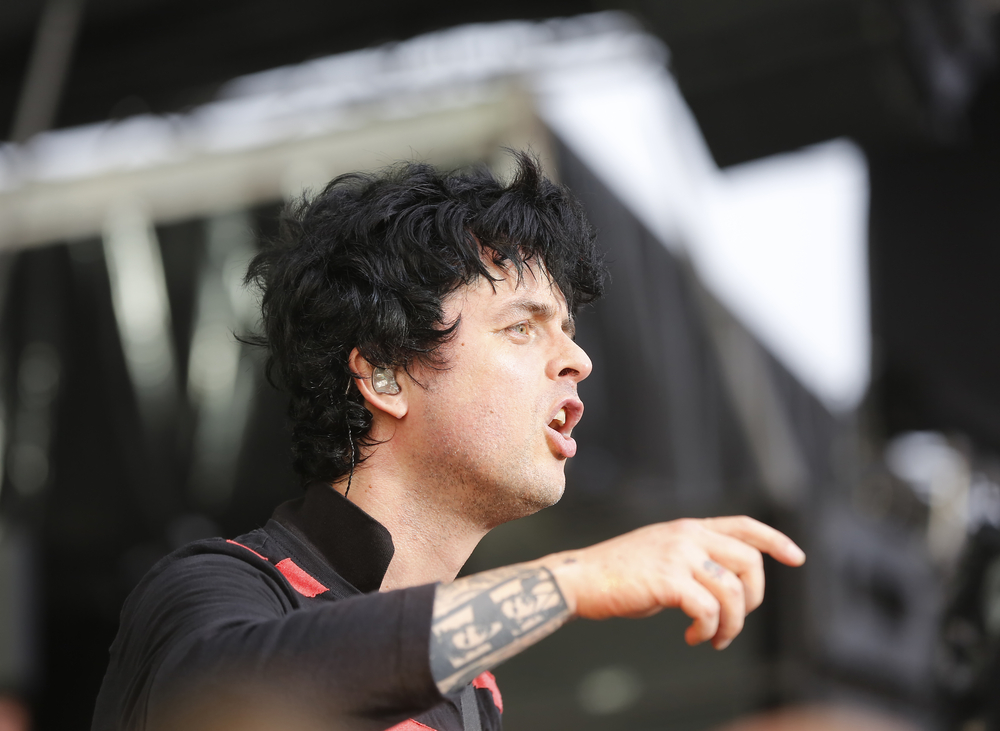 Idiots are like rabbits. When you look around, they are nowhere to be seen. But suddenly, someone sneezes, and they come out from under the bushes by the hundreds. Most people who work in the woke entertainment industry do so quietly. At the end of the day, it’s all about getting paid for acting or singing and at the same time changing the public’s way of thinking, making the worst possible use of their God-given talent — in some cases. In others the talent is nonexistent, and they are blissfully unaware.

Last Friday, Green Day’s lead singer announced at a show in London that he plans to renounce his American citizenship following the overturning of Roe v. Wade. I would like to congratulate America for getting rid of an idiot. The truly amazing thing is that he was still in possession of his American citizenship after the release of their famous 2004 album American Idiot. They are a good band, they are reasonably entertaining, and they make noise with style, but their lyrics are infected with ideology and that ends up spoiling everything. You have to be really talented and witty to be forgiven for that. That’s simply not the case with Billie Joe Armstrong.

From Stephen King to Spanish actress Penelope Cruz, not a single progressive missed their appointment with stupidity in the wake of the news about Roe. Michelle Obama, an expert in overacting, said she was “heartbroken”; perhaps someone should explain to her that a broken heart is what babies crushed by her abortion policy have. Literally broken.

In the same vein, Lady Gaga said, “It is an outrage to ban abortion in Alabama, period.” The truth is that the real outrage is to ever have accepted it. And, while Madonna said she was afraid for her daughters, I have good news for her: She and her daughters can breathe easy. They have already been born.

Miley Cyrus, the former de facto face of Disney Channel, said, “Abortion is healthcare,” and we are all left to wonder: If that is so, what do we call trying to resuscitate a newborn who has suffered a cardiorespiratory arrest? Healthcare cannot be both. It sounds like a “what does one relativist say to another?” joke.

Of all the statements replete with feigned indignation and cheap sentimentality, the one that bothered me the most was from the gorgeous Taylor Swift, who said she was “terrified” and very sad. Honestly, I had her pegged for a much smarter girl. But look, pretty girl, motherhood is only going to make you better, while abortion is only going to send you down a spiral of hate, regret, and dissatisfaction. That’s the reality. The rest is just noise and makeup.

Hillary Clinton, who has made her political career a constant exhibition of imposture, chooses to twist the debate, which is much easier than actually reasoning. “Most Americans believe the decision to have a child is one of the most sacred decisions there is, and that such decisions should remain between patients and their doctors,” she says, hiding the fact that there are many others who think that, precisely because the decision is the most sacred, it cannot be made without consulting the most interested party — which is not the parents, nor the doctor, but the baby. For these 21st-century executioners, silence is consent. But in this they are also wrong: At night, many mothers who have had abortions hear the cries of the babies they did not allow to be born. (READ MORE: They’re Melting! They’re Melting! The Post-Roe Era Has Begun)

The list of Democrat celebrities sobbing on Twitter is endless. In the end, these rich types all talk about having children like someone talking about buying a sports car, and that is no longer just a symptom of stupidity; it is disgusting. Abortion is the grand triumph of evil, the grand triumph of Satan, always thirsty for blood. Before opening your mouths to spit Satanic slogans, you should kiss the ground where a pregnant woman walks or a baby crawls.

The only good thing about all these reactions is that, thanks to this issue, we have a new idiot detector that is pretty infallible. As a columnist, it makes me happy when my work is done for me.

Itxu Díaz
Follow Their Stories:
View More
Itxu Díaz is a Spanish journalist, political satirist, and author. He has written 10 books on topics as diverse as politics, music, and smart appliances. He is a contributor to The Daily Beast, The Daily Caller, National Review, American Conservative, and Diario Las Américas in the United States, as well as a columnist at several Spanish magazines and newspapers. He was also an adviser to the Ministry for Education, Culture, and Sports in Spain.
Most Popular
1
Dismal Science
The Biden Administration: Sophistry in Motion
by Frank Schell