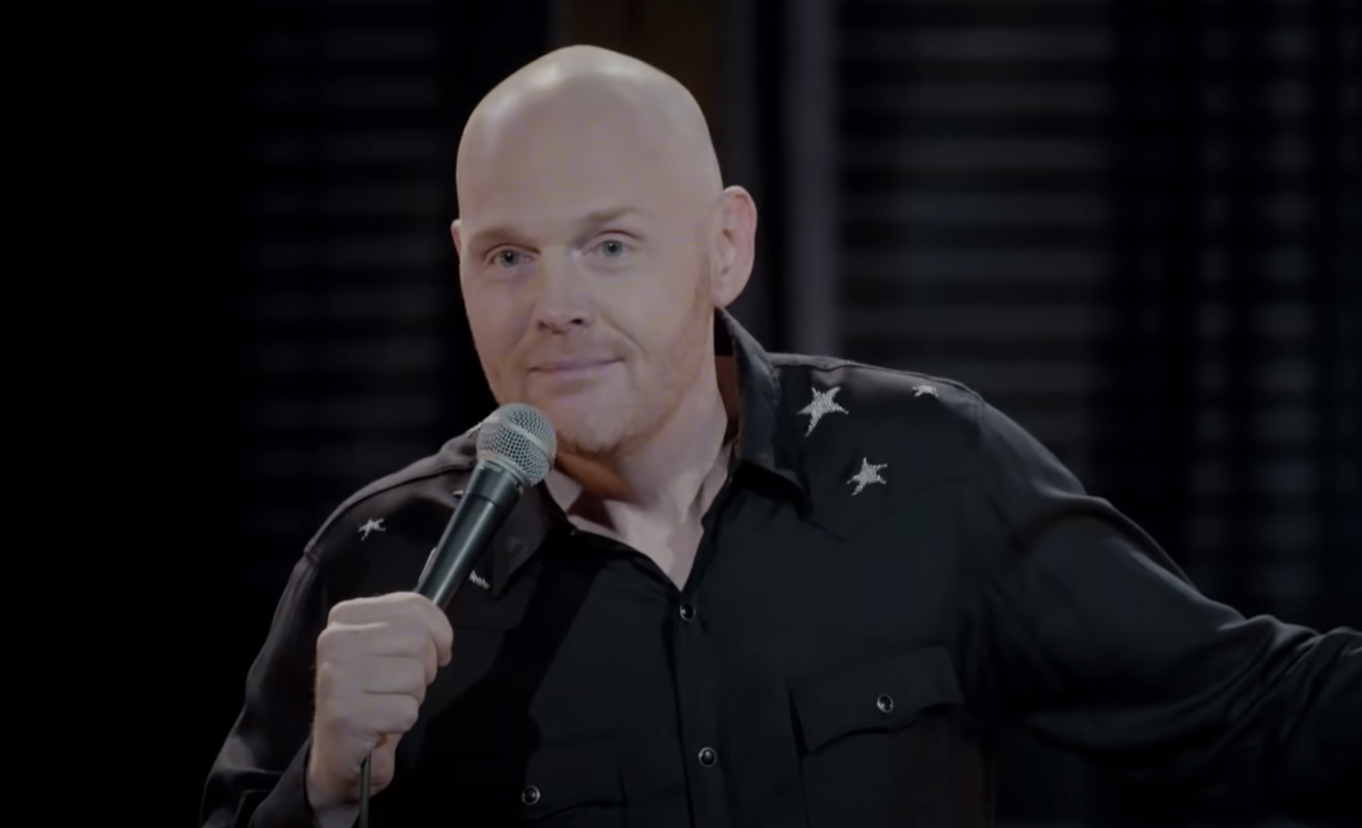 Netflix Is a Joke is the name of a Netflix comedy festival that was held in Los Angeles from April 28 to May 8. It’s a curious title, because in comedy circles Netflix is indeed a joke — a streaming service that you’d think would be eager to snap up the very best comics around, but that instead, with a couple of famous exceptions (Dave Chappelle, Ricky Gervais), prefers to present stand-ups whose material ranges from the safely banal to the aggressively PC — Jim Gaffigan, Aziz Ansari, Marc Maron, Patton Oswalt, Hannah Gadsby, Amy Schumer. Among the festival’s offerings is an hour-and-a-half special entitled Bill Burr Presents Friends Who Kill. “Kill,” of course, is used here in the same way that it’s used among comics — to convey the fact that some fellow comedian’s material is so strong that it makes the audiences weep with helpless laughter and sends the competition running for the hills. As it turned out, alas, the “friends” on this show were more likely to make an audience die of boredom.

Bill Burr, of course, is a veteran comedian (he just turned 54) and for some reason has a reputation for being edgy. He isn’t. Yes, he delivers his jokes in an aggressive Boston accent, his delivery snide, his language salty. But his material itself is carefully calculated not to offend the easily offended. On this show, he kicked off his opening monologue with a routine about the COVID lockdown — his take on which was perfectly in sync with that of the L.A. audience. He mocked those who, choosing not to take every word from the CDC or the pharmaceutical companies as gospel, dared to look up information about viruses, vaccines, etc., online. “People being your own doctors?” Burr scoffed. “Kill yourself.” Using the dopey voice he puts on to indicate that some object of his scorn is a dummy, he depicted doubters as saying that you can make COVID go away if only you “take a little bleach” — an attempt, of course, to resurrect the lie that Trump actually made such a recommendation.

Burr’s program was billed as part of a comedy festival, but it felt more like a comedy funeral.

From COVID, Burr moved on to Kyle Rittenhouse, “that f[***]ing idiot … that moron.” He sneered at the idea that Rittenhouse went to Kenosha out of a sense of community obligation: “When it snows, does he show up with a shovel?” (Who knows, Rittenhouse could very well be the sort of person who, unbidden, shovels snow from a neighbor’s sidewalk.) “I’ll tell you,” said Burr, “that guy went there to feel threatened.” Burr also called Rittenhouse a “racist,” quipping, “I hope he doesn’t do ‘23 and Me’ because with those pouty lips I don’t think he’s gonna like the results.” Get the gag? With those big lips, Rittenhouse might be part black, and boy would he hate that. I sure hope Rittenhouse adds Burr to his list of people to sue. There was no humor in this routine, only pure malice.

The first “friend” Burr brought on was the nasal-voiced and altogether hideous Michelle Wolf, whom I was familiar with only because of the “Salute to Abortion” she performed on her own Netflix comedy series and because of the nasty way she made fun of Sarah Sanders’s weight at a White House Correspondents Dinner. Wolf, you see, is a fierce feminist, which means that women who aren’t fierce feminists are fair game for the most vicious kinds of jokes. Unsurprisingly, her entire set on Burr’s show was fixated on identity groups. She started off by complaining that the U.S. hasn’t yet elected a woman president (“Kosovo’s been a country for 13 years and they’ve already had two female leaders…. Myanmar … has had a female leader who’s been thrown out by the military twice!”) and ended up by saying that “it took until two years ago for us to realize that black lives matter.” Nothing funny here — just an Intersectionality 101 lecture.

Next up was Jimmy Carr, a great writer of irreverent jokes. But he was off his game here — presumably because he knew he was in enemy territory — and the jokes he chose to tell were, for him, relatively tame. (“Having sex is like riding a bike. My uncle taught me when I was a kid.”) Even so, there were the predictable groans from the audience, which was plainly more comfortable with Wolf’s scolding than with Carr’s comedy. Burr, returning to the stage, reminded the audience that Carr “comes from England. Ground zero for white people right there.” Guess he hasn’t been in England lately.

As if Michelle Wolf hadn’t been aesthetically off-putting enough, the other two women in Burr’s lineup were Steph Tolev and Jessica Kirson, both of whom obviously believe that the key to humor is to be appallingly unfeminine. The premise of Tolev’s gags was that she got a lot of hot men during the lockdown because they were lonely and horny and the pretty blondes on Tinder didn’t swipe right. Kirson, the lesbian mother of four daughters, joked that she’s doing everything in her power to make sure they become dykes. Both comediennes did things onstage with their bodies that seemed designed to give the men in the audience a lifetime of nightmares.

In addition to these repellent women, there were several mediocre male comics whom I’d never heard of. Ian Edwards had a couple of mildly amusing lines about sex trafficking (“I feel really bad for women who are being sex trafficked and who are stuck in traffic”). And he made a point that I’ve reflected on myself — “Why do pregnant couples have gender reveal parties when they don’t know what gender this kid is gonna claim to be?” — although I got the impression, from the audience’s applause, that they were interpreting the joke as a serious criticism delivered from a woke perspective. Joe Bartnick was instantly forgettable, Josh Adam Myers’s act consisted of a lame song the premise of which was that he didn’t have an act, and Ronnie Chieng’s schtick was singing Katy Perry’s “Teenage Dream.” (READ MORE from Bruce Bawer: Wokesters Take On Classic Movies)

Pathetic, mediocre stuff. But perhaps the saddest part of the show was the turn by Jeff Ross and Dave Attell, who shared the stage for a few minutes. Ross has long been one of the funniest regulars at the Comedy Central Roasts, and Attell (whose name was misspelled in the credits) is one of the top comics ever. But like Carr, they seemed to have been castrated just before the cameras were switched on.

So it went. Burr’s program was billed as part of a comedy festival, but it felt more like a comedy funeral. That being the case, it seemed perfectly appropriate when Ross and Attell gave a shout-out to the recently deceased Gilbert Gottfried. At that moment, it was impossible not to think of all the other brilliant comics — among them Greg Giraldo, Patrice O’Neal, Joan Rivers, and Norm Macdonald — who’ve shuffled off this mortal coil in recent years, and of the still-living ones — including Doug Stanhope, Nick DiPaolo, and Colin Quinn — who, because their comedy cuts against the grain of today’s woke values, probably won’t be turning up on Netflix anytime soon. The Ayatollah Khomeini said: “There is no humor in Islam.” Totalitarians don’t like humor. Which is why there’s no humor in Woke World, either.