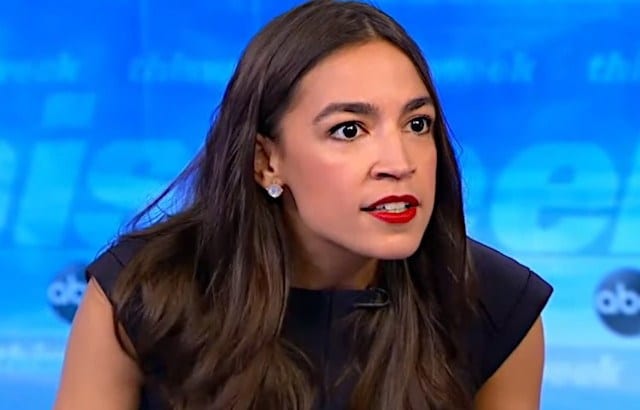 SunTrust, a bank holding company centered in the southeastern U.S., announced on Monday that it will terminate its business relationship with CoreCivic, a leading American private prison and detention center company. The announcement was accompanied by a statement claiming that SunTrust’s decision was “made after extensive consideration of the views of our stakeholders on this deeply complex issue.”

SunTrust is the fourth major bank to exit the private corrections industry, following Bank of America in late June and JPMorgan Chase and Wells Fargo in March. These U.S. financial institutions ignore their contractual obligations in favor of tailoring their business dealings to the whims of progressives in Congress.

CoreCivic responded to the decision by accusing SunTrust of “caving to political pressure based on false and misleading statements about our company.”

Representative Alexandria Ocasio-Cortez (D-NY) and Senator Elizabeth Warren (D-Mass.) have exploited the illegal immigrant crisis to stir public sentiment against the private detention industry. After a visit to a southern border holding center on July 1, Ocasio-Cortez alleged that guards at the facility engaged in “psychological warfare” against migrants and forced them to drink out of toilets.

Her claims, though quickly disputed and debunked by border patrol agents,  inflamed emotions against detention centers. CoreCivic’s ordeal — the company is not affiliated with the facility that Ocasio-Cortez visited and does not operate facilities on behalf of U.S. Customs and Border Protection — shows that firms are now being expected to answer for the problems of their competitors.

In an email to The American Spectator, CoreCivic Managing Director of Communications Steven Owen said SunTrust gave “less than a day’s notice,” having “notified [CoreCivic] Sunday afternoon and made their announcement Monday morning.”

Even more bald-faced was the Bank of America’s attempt to terminate its relationship with CoreCivic in late June.

“Bank of America gave our company no more than a couple of hours’ notice on their sudden decision,” Owen wrote in the email, “despite reaching out to us within the same week seeking to do more business with us, and despite completing a business transaction with another company in our industry just a couple of weeks prior, and despite two years of favorable feedback about our transparency and engagement with their ESG and other stakeholders.”

These sudden, on-the-fly decisions indicate a worrying susceptibility of financial institutions to cow-tow to political pressure — the kind created by the sensationalist dust-clouds kicked up by Ocasio-Cortez. Financial institutions are expected to be relatively staid, predictable, and impartial. These actions suggest that banks bend to activists that seeks to transform cultural and economic institutions into participants in a crusade against supposed social injustices.

But ending a long-standing corporate partnership is rarely this quick or easy. In its statement, CoreCivic asserts that a mutually agreed-upon contractual obligation still exists between it and SunTrust until 2023, and that it “fully expects SunTrust and others to honor their commitments.” CoreCivic’s partners entered into their financing agreements with the understanding that they would be extending lines of credit to the private prison industry. Fleeting political whims forms a weak basis on which to violate contract law.

That banks are acting due to pressure from lawmakers raises legal questions of its own. The National Rifle Association is currently suing New York Gov. Andrew Cuomo over a more egregious, but nonetheless similar, allegation: Cuomo may have used the power of his office to threaten businesses, including banks and insurance companies, associated with the NRA. Elizabeth Warren, one of the frontrunners for the 2020 Democratic presidential nomination, has been parading around a two-punch of plans to ban detention facilities and punish banks.

It is true that a solution to the immigrant housing problem needs to be found. But the progressive strategy of sabotaging the firms that run these facilities (and companies falsely presumed to, such as CoreCivic) while also blocking aid in Congress suggests that they are in no hurry to see the problem fixed.

Congress can fix the problem. Rather than attacking businesses and the banks that work with them, AOC and Sen. Warren would do well to mend their own house and create a long-term solution, since that is within the power of their political office.