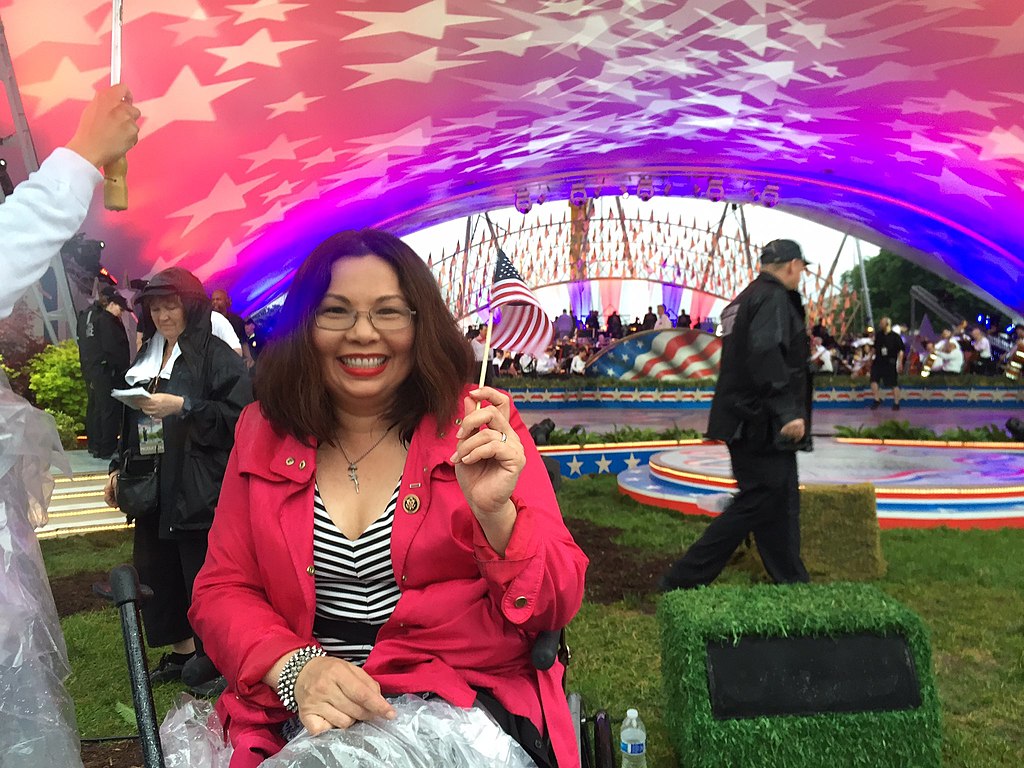 The Babylon Bee reported last week that presumptive Democratic presidential candidate Joe Biden said he couldn’t wait to find out who he’d picked for a running mate. Neither can we, because the element of truth underlying the Bee’s report is Ol’ Joe’s not-so-great cognitive abilities indicates that if the Dems take the White House, Biden’s vice president could quickly become president.

The political pressure to create the first female president of the United States will be overwhelming, perhaps enough to dump Biden in his first year in office.

As a wheelchair-bound disabled veteran, Duckworth is probably the best choice Biden’s staff could make. But her record is anything other than moderate.

Months ago, Biden promised that he’d choose a female running mate. His (?) choice, which should come this week, will be ballyhooed by the media as something akin to the second coming. Preparing for this, yesterday a Washington Post front-page story warned us that no criticism of whoever is named is legitimate because it will all be based on sexism.

WaPo began the report with a warning from Jennifer Dillon, Biden’s campaign manager, to the campaign’s staff that when the pick is announced, “sexism will motivate the ugliest attacks against her — no matter who she is.” Dillon’s message, the report said, directed that everyone on the campaign “will be enlisted to defend her.” That obviously includes all of the WaPo’s writers and editors.

A brief description of these prospects makes it clear that as much a disaster as Biden would be as president, any of these picks would be even worse.

More than a month ago a good friend (and radio host) assured me that Susan Rice had the veep nomination locked. I responded that we aren’t that lucky.

Rice, because of her service as UN ambassador and national security adviser, has the advantage because Biden knows her better than any of the others. Her disadvantages are almost too numerous to mention, but let’s hit the highlights.

Rice appeared on five television Sunday political talk shows just five days after the September 11, 2012, attacks on our consulate and CIA annex in Benghazi, Libya, that took four American lives. Rice told each host that the attacks were a spontaneous reaction to an anti-Muslim video. That was a blatant lie. As Bob Tyrrell and I have written, separately and together, the anti-Muslim video was entirely obscure and had no relationship to the well-planned terrorist attacks. Rice’s lie was equally well-planned.

Rice, then our ambassador to the UN, was a curious choice to make those appearances. She probably made the five TV appearances to take a hit that Hillary Clinton (who ignored several warnings of terrorist activities in Benghazi and refused reinforcement to the security forces there) should have taken.

When Americans’ conversations with foreign officials are intercepted by the NSA or CIA, their names are legally required to be “masked” — i.e., redacted — from the transcripts of intercepted telephone conversations or emails. In the Obama administration’s practice, a great number of government officials, including Rice as national security adviser, were permitted to demand that the names be revealed. Rice may have leaked some of the unmasked names to the media.

There’s more, but from those facts alone it’s clear that Rice is unfit to be vice president.

Sen. Kamala Harris is a different problem. We need to remember her defense of Christine Blasey Ford — who accused, before his confirmation, Justice Brett Kavanaugh of sexual misconduct decades ago. Harris said she believed Ford, who wasn’t able to produce a single witness or any other confirmation of her accusation.

Harris has the disadvantage of her attacks on Biden in one of the Dem candidate debates. She accused him of being aligned with racists on the busing issue decades ago. Biden probably doesn’t remember the attacks, but his staff does.

Harris, like the others, is an uber-liberal who supports the forced buy-back of all “assault rifles” such as those patterned on the AR-15. She has marched with Black Lives Matter protesters on the streets of Washington, D.C. Harris is a radical whose choice as Biden’s vice presidential candidate would be hard to defend.

Sen. Elizabeth Warren is a liberal scold in the model of Hillary Clinton. She is most famous for her “fauxcahontas” scam in which she advanced her academic career by falsely claiming she was a native American.

Warren is more openly radical than Harris. During her brief presidential campaign, Warren claimed to have a plan “for everything.” She wants to fight for Ocasio-Cortez’s “Green New Deal,” which would place so many environmental controls on the U.S. economy that it would come to a crashing halt.

Warren was the principal architect of the Consumer Financial Protection Bureau. The CFPB draws its funding directly from the U.S. Treasury without going through the constitutionally required appropriations process. It is, in short, in violation of the Constitution every time it spends a taxpayer’s dime. Warren’s enthusiasm for disregarding the Constitution should, by itself, bar her from the vice presidency.

Little needs to be said about Karen Bass except that her beliefs in communist regimes disqualify her immediately. When Fidel Castro died, she said, “The passing of the comandante en jefe is a great loss to the people of Cuba.” She is either ignorant or a fool, or both. The oppression of the Cuban people under the Castro regime is overwhelming. There is no personal freedom in Cuba even four years after Fidel’s death. Every American, not just Cuban-Americans, should be vocal in opposing her.

Gretchen Whitmer’s best qualification is her executive experience. But that experience included her support for defunding the police. She immediately backed off from that, saying that funds should be redirected to education and welfare. Whitmer is probably best known for her inane restrictions on Michigan citizens during the COVID-19 pandemic, which included a ban on church services where more than 250 people were present.

Whitmer is typical of Democrat politicians this year. She severely criticized protests against her lockdown orders but praises the Black Lives Matter protests. She would do even worse as vice president or, Heaven help us, as president.

We know little about Val Demings, an obscure Florida Democrat, and there’s little to know. A former police chief, Demings has supported police and — trying to have it both ways — sponsored legislation “reforming” police practices. She supports a ban on “assault weapons,” and claims — with a straight face — that she’s a strong supporter of the Second Amendment.

Like the rest — other than Rice — Demings has no experience relevant to high office. Neither does the final possible choice, Sen. Tammy Duckworth of Illinois.

Duckworth is a double-amputee and Army veteran. She lost her legs in 2004 when a helo she was piloting in Iraq got hit with a rocket-propelled grenade. Although Duckworth is as liberal as any of the others, she has carefully crafted a moderate image. As a wheelchair-bound disabled veteran, she is probably the best choice Biden’s staff could make.

But Duckworth’s record is anything other than moderate. She supports an “assault weapons” ban and has suggested removing statues of George Washington because he was a slave owner. Duckworth also claimed that Trump was politicizing the use of the military in response to the riots in Portland and accused Homeland Security officers of pulling innocent protesters off the streets.

Whoever Biden (or his advisers) choose, she will be defended by the media against every substantive attack. Anyone who raises objections to the candidate will be called a sexist, a misogynist, and worse.

The media will do its best to shout down any criticism of Biden’s choice. But the legitimate, substantive criticisms must be heard. We’ll make sure that they are.