by Ben Stein
Vice President Biden takes tour of the process development and integration laboratory at National Renewable Energy Laboratory on May 19, 2011 (Department of Energy/Wikimedia Commons) 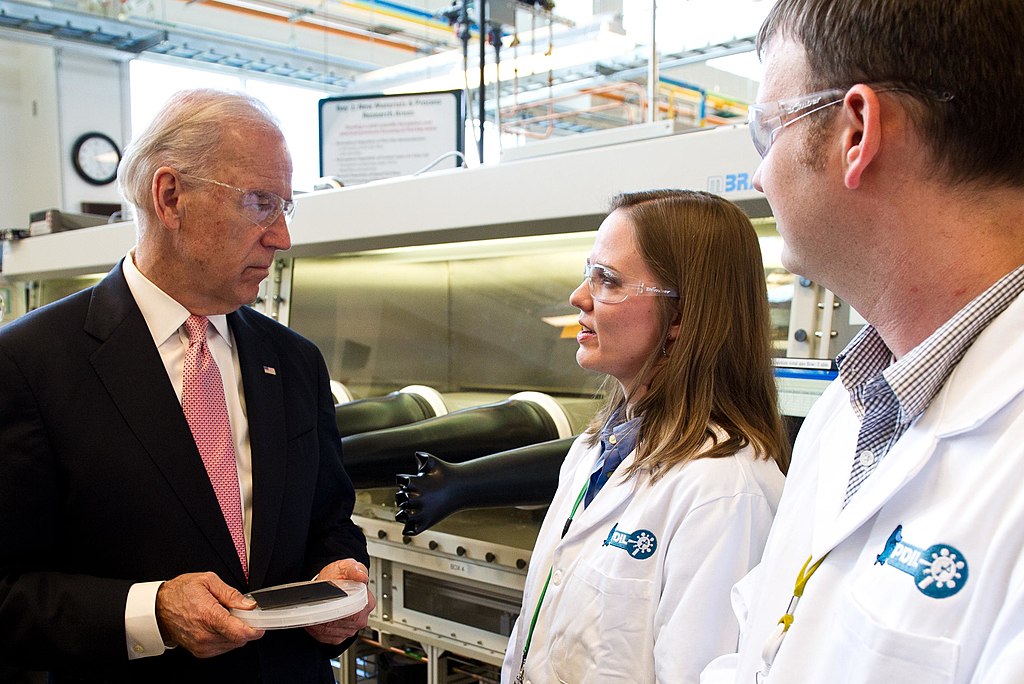 It just keeps getting worse around the subject of oil and gas and hydrocarbons and inflation and taxes and money.

The current painful rate of inflation started not with Comrade Putin’s inexcusable invasion of Ukraine. It started on January 21, 2021, when newly minted President “Joe” Biden ordered an end to all “fracking” in these United States and simultaneously closed down a strategically crucial pipeline bringing oil and gas into the U.S.

He did that supposedly in the name of protecting the environment but there was never any clear sign that the amount of air pollution attributable to fracking and the pipeline was meaningful, healthwise. It was, however, quite clear that fracking had made the USA energy independent from nations that hated us and wanted us dead. So the net result of a ban on fracking was unmistakable: it made the USA greatly more vulnerable to foreign interests that hate us.

The economic effects were just as clear: fracking’s absence from the pool of nations’ oil that kept the U.S. going created a shortage that sent oil and gas prices soaring on a scale we had never seen before.

The solution was clear: we needed to produce more oil from domestic sources. That meant reopening the pipeline and allowing fracking.

But “Joe” Biden would not go for that solution. It has probably been at least 40 years since he has had to jump out of his car,  slide in his credit card, and fill ’er up.

So, in the usual way that leftist Democrats work, the party of the left offered us no help at all except to dig into our pockets and buy electric cars. By the way, where does the energy come from for the electricity recharging stands at your local gas station? Why, from burning coal and oil, of course. These produce not just little amounts of pollution, but spectacular amounts. There are no free lunches in energy either.

Also, Biden tried to calm down the storm at your local filling station by drawing down our nation’s strategic oil reserves, created by my pal, President Richard Nixon, to help us militarily in the event of an oil shortage. It was not created to buoy up an idiotically inflationary energy situation. By now, a frighteningly big hunk has been taken out of what we would need in case of war — a case that looks more likely every day.

The latest plan is “jawboning” in which the president uses the jawbone of an ass to beat some sense into the heads of the nation’s biggest oil companies — as if Exxon or Chevron had purposely created the inflation in energy prices that Biden had clearly created.

Jawboning is anti-free enterprise, and it is also counterfactual. If oil companies could have created a huge jump in gasoline prices at the pump, they would have done it long ago. They can profit temporarily from an oil shortage, but that cannot last. They will eventually have to be the victims of Biden’s mistakes, too.

A “holiday” from gasoline taxes is also a silly idea. Those taxes are needed to pay for new and/or used road building and needed yesterday.

So here is what we have: a foolish president with a foolish energy policy kicking the American motorist in the face endlessly and then lying about it endlessly. Orwell would have been impressed. Something to cry about when we get our credit card bills.