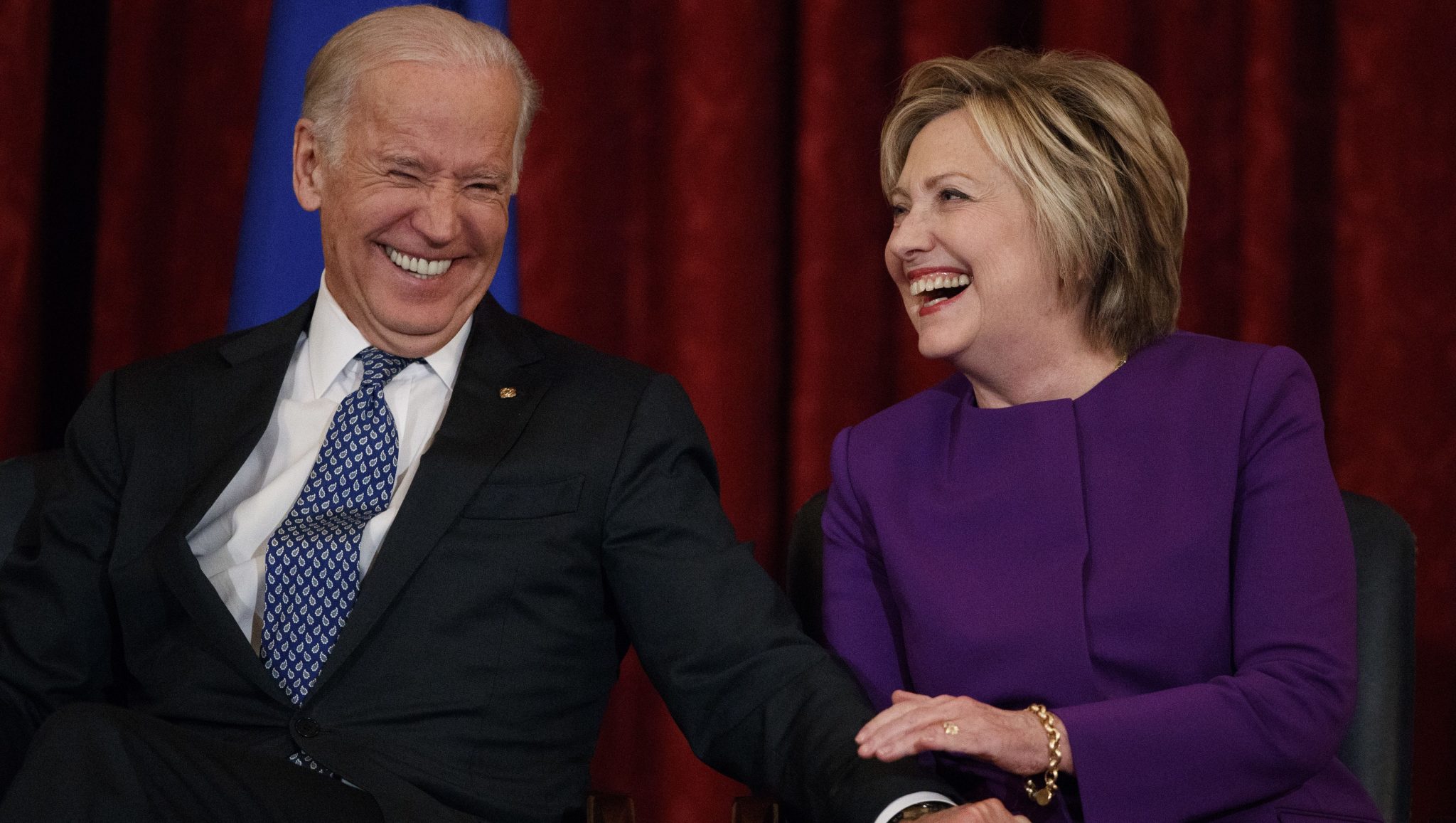 The most important passage in George Orwell’s iconic and prescient novel 1984 is O’Brien’s chilling explanation to protagonist Winston Smith concerning the Party’s motives: “We are not interested in the good of others; we are interested solely in power.” It is no exaggeration to say this has become the raison d’être of the Democratic Party. Consequently, it’s imperative to remember that the electorate itself is the true target of Democratic attacks on President Trump. This is why its current presidential nominee calls his supporters “Chumps.” It is why the failed 2016 Democratic nominee recently described them as “cowards and spineless enablers.”

The Democratic Party and the ruling class it represents have nothing but contempt for the electorate, and their attempts to get rid of Trump are about nothing more than disfranchising the “chumps” who voted for him.

Trump is the voice of a nationwide voter rebellion against the ruling class, and the Democrats know the revolt can’t be crushed until he is silenced. They want the proles to return to our roles as obedient servants of Beltway bureaucrats and politicians. This is what they mean by “returning to normalcy.” But they know this will never happen as long as Trump is in a position to implement policies and appoint officials favored by the despised voters. Even as this is being written, the Democrats are decrying the confirmation of Judge Amy Coney Barrett to the Supreme Court, despite broad public approval of her record. As Majority Leader Mitch McConnell phrased it on the floor of the Senate:

It is supremely ironic that our Democratic colleagues delivered through a temper tantrum what they should have delivered through a fair appraisal: a unanimous endorsement. All last week, the legal brilliance and judicial temperament that our nation deserves in a Supreme Court justice were on display.… I anticipate we will have a new Associate Justice of the Supreme Court of the United States. That is what the American people want.… Clear majorities of Americans want Judge Barrett confirmed.

Democratic contempt for the electorate is such that the ironic talking point they deployed against Judge Barrett’s confirmation was, “Let the voters decide.” In other words, ignore the 63 million Americans who cast their ballots for Trump in 2016 — largely based on a pledge to appoint judges who would interpret the law rather than legislate from the bench. They also threaten to flout the will of voters by “packing the Court.” If they win control of Congress and the White House, they will expand the number of justices to create a permanent leftist majority on the Court. A New York Times poll shows only 27 percent of voters support this scheme. Legal scholar Jonathan Turley writes that it would wreck the Court:

Joe Biden has been asked if he supports these calls to pack the Supreme Court and has refused to answer.… These moves would obliterate an institution that has over history preserved the stability and continuity of our country. The Supreme Court has performed this vital role based on its legitimacy and authority with Americans that will surely evaporate if Democrats pack the bench…. What is left behind is not principle but raw power, and both the Supreme Court and the country will be the worse for it.

Or, as Orwell phrased it in 1984, “No one ever seizes power with the intention of relinquishing it. Power is not a means, it is an end.… The object of power is power.” If it seems farfetched that even the Democrats would govern in such a cynical fashion, consider that less than a year ago, they impeached the president pursuant to ridiculous charges — despite the consistent failure of the Democrats to convince a majority of voters that such drastic action was appropriate. Or, if you’re a real masochist, think about the two-year Mueller investigation into an implausible conspiracy theory and its embarrassing collapse. Both of these burlesques were clear abuses of power without regard to the will of the electorate.

And no discussion of Democratic contempt for the voters would be complete without at least a passing reference to their repeated attempts to exploit COVID-19 to pass leftist wish lists full of provisions that have nothing to do with the pandemic, including federalizing elections by mandating mail-in voting, eliminating voter ID laws, and removing restrictions on ballot harvesting. They have also used their COVID relief bills in attempts to defund the police, funnel (more) money to Planned Parenthood, bail out Democrat-run cities and states for pre-pandemic mismanagement, move back deadlines for the census, mandate enhanced banking  services for cannabis distributors, ad infinitum.

It goes without saying, of course, that such skullduggery is always accompanied by absurd calumnies concerning Trump’s character. It never seems to occur to allegedly “savvy” politicians that gratuitously accusing Trump of racism, corruption, and insanity insults the intelligence of his supporters. People like Hillary Clinton don’t seem to realize that, even when they resist calling them “deplorable,” these voters understand she regards them as peasants. Joe Biden doesn’t get that telling voters they are “full of sh-t” or calling them damn liars isn’t an effective campaign strategy. Nor is telling African-Americans, “If you have a problem figuring out whether you’re for me or Trump, then you ain’t black.”

The Democratic Party and the ruling class it represents have nothing but contempt for the electorate, and their attempts to get rid of Trump are about nothing more than disfranchising the “chumps” who voted for him. Their actions since January 2017 have made it clear that they are, like O’Brien in 1984, motivated by power for the sake of power. They don’t care about social justice, equality, saving the planet, ending systemic racism, or any of the other causes they use to manipulate the voters they despise. For them, power is not a means to an end. It is the end. That is precisely why they must be deprived of it.