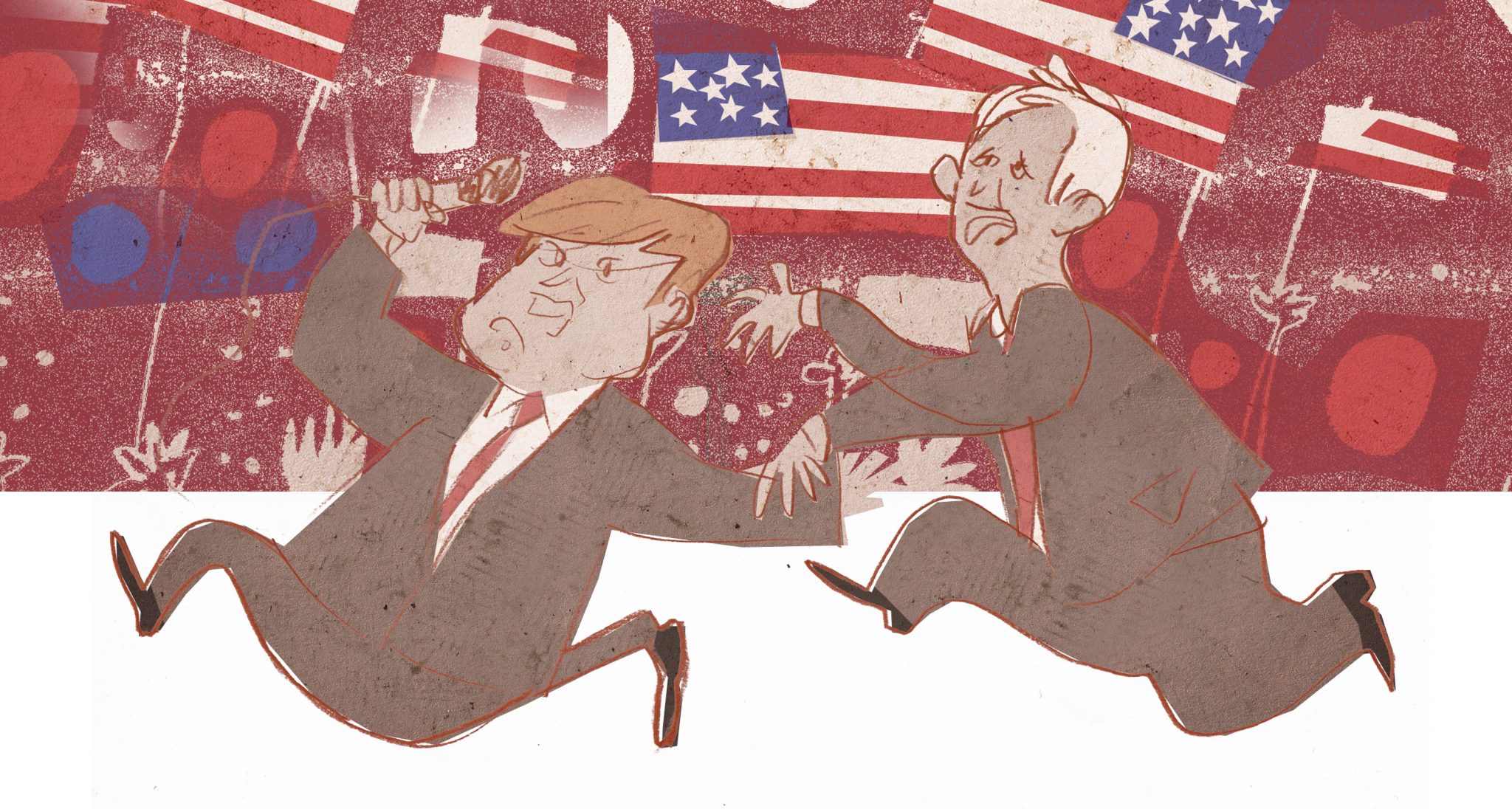 I lost 35 pounds watching the presidential debate. I haven’t released so much adrenaline since the last time I jumped off the moon hanging from the legs of a chicken. Many of my friends feel offended by the way the debate was conducted, but it simply would not have been realistic to expect an affable, pleasant, polite conversation between adversaries working together. Why? Look out your window for a moment. In the midst of a world crisis, the country is going to hell, Biden–Harris’ socialism threatens to sink it even deeper, half the press is only concerned with getting rid of Trump at any cost (some undesirables even celebrate that he has gotten sick from coronavirus), and from the progressive opposition, the most intellectual contribution to the national debate has been to burn bins and violate private property. How do you expect the two people representing the two opposing ideological poles of a country to suddenly become a paragon of Victorian education just because they are in front of the TV cameras? It is true that everything on television is a lie … but not so much.

I have read several columnists say that another debate is possible or that Americans deserve more than just a cockfight. I am moved. It sounds to me a little like ’70s banners with a marijuana aroma and bell-bottom pants: “Another world is possible.” But I, no matter how much I try, can’t imagine what a different debate between Biden and Trump might look like.

– My dear Joe, I heartily celebrate having you here tonight. Let me just tell you that your tie looks fantastic. Just the right colour. You are a classy guy, Joe, very classy.

– Thank you, Donald. You look great, too. People don’t know it, but I love you more than anyone else, except for Melania, for whom I must confess I have a certain weakness. You’ve made America great again, buddy.

– Gosh, Joe! you’re a great guy. I was thinking of telling you about my plan to deal with the pandemic and see what you think, and maybe you could bring to the table your extensive experience in immunology … But I think we’d be better sending everything to hell and going for drinks, old friend.

– Yes, Donald. To hell with the debate. You’re absolutely right. Let’s have a drink for each star in our flag. At the end of the day, you are the greatest president in the history of the United States.

– Joe, calm down, we haven’t started drinking yet!

– Speak for yourself! Didn’t they give you the complimentary cocktail when you got to the TV studio?

– Hahahaha, Joe. You are extraordinary! You were a great vice president, too. Come, Joe, give me a hug.

– Yes Donald, another debate is possible!

I don’t know about you, but I’m not sure that such a debate would reflect the sentiments of a country that is more polarized than ever. And it’s not divided for fun, but because it faces a terrible choice: to go for conservative policies — even those who don’t like Trump — or to sink into a messianic socialism that will wipe out in record time all the traits and marks of identity that still keep America a world power. It’s no exaggeration; you only have to look at Biden’s program and Harris’ deranged smile to understand that leaving your family’s future in their hands is guaranteed to ruin it for generations to come. There may be a part of the country that will find this amusing. But that’s another matter. Everyone chooses how they prefer to shoot themselves in the foot.

Perhaps the candidates could have saved us some nasty moments, but even that would not reflect what a large majority of voters feel deep down inside. Rather insidiously, the moderator, Chris Wallace, tried to equate left-wing violence with right-wing violence, asking Trump for a condemnation that was not his due and that made no sense in light of what is happening on the streets, where the vast majority of incidents are left-wing and Democrat-sponsored. According to the progressive press, Trump’s response outraged even the Republicans, but in my opinion it was too polite. “Of those of us here, the only one who has knelt before violent people is the guy to my left,” would have been a better answer.

On the other hand, the debate has reconfirmed that Biden will never be president. It is true that Biden has the ability to sleep and talk at the same time, but I am not sure that is a diplomatic weapon in the delicate negotiations that correspond to a president. As he spoke, long dark winters passed between his every word, he threaded ideas with the same difficulty a bear might find tying its own shoelaces, catching up with Trump three hours late on average, often to say nothing and turn back around. I guess everything has its moment in life. And if, because of age or illness, you’re not fit to govern even your own life, you have to admit it and tell people openly, and not wait for them to vote for you and then pretend you’re in charge, when in fact the president would be one of the most far-left politicians in the country, Kamala Harris.

If you still don’t understand the tension and seriousness of the debate — or maybe we should call it a fight — between Trump and Biden, I recommend that you take a look at social media. There you can find a very revealing video that has gone viral these days: that of an angry woman who, in the middle of a traffic jam, leans out of the window to insult Trump fans and, blinded by anger, unwittingly rams into the car in front of her. The next thing you hear are the police sirens. They were right behind her.

Trump was not polite in the debate because the Left resorted to its classics of yesteryear, namely hate and anger, just as the video reflects. The woman does not seem very set on civilized debate judging by the position of her middle fingers reaching for the sun. You can be sure that, with or without a television debate, with Biden–Harris in power, the United States will end up looking like that angry woman’s bumper. And then not even the police sirens will sound, because they will have defunded and abolished them.