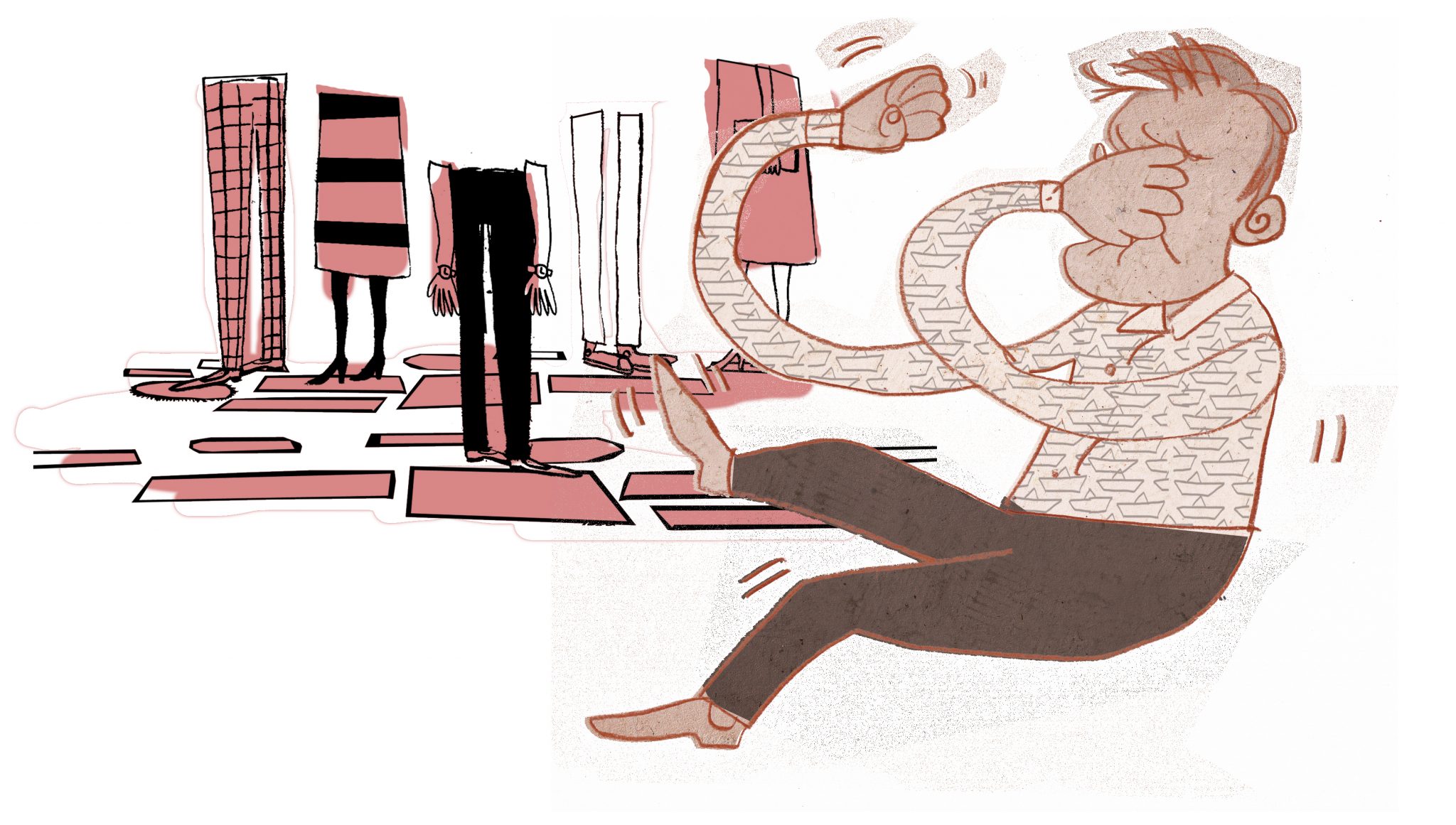 Deep down, everyone wants to vote for an idiot just to have someone to insult on Twitter for a few years. It’s the perfect way to get rid of adrenaline. I, when I have not screamed at anyone for several days, create a false account and spend a couple of hours insulting my own tweets, sometimes with unusual virulence. From my official account, of course, I respond just as angrily. The other day it got out of hand and I ended up slapping myself in front of the bathroom mirror. Don’t tell anyone, please. Pretend you didn’t just read that. The international Left conspires to make the world believe that I am a dangerously insane columnist, and I must not give them any evidence that my brain is as leaky as Joe Biden’s moral integrity. However, now that you mention it, I’m going to tell you how you can vote so wrongly that even the ballots will try to slip through your fingers and into the fire.

First of all, try to support someone who promises to give “his own life” in defense of some more or less exotic minority, because that guarantees that he will make life impossible for the majority, amongst which you probably find yourself. This is critical because it guarantees that your administration will turn its back on almost all of its voters over the next four years, including of course the majority of the minorities it pledged to defend.

Vote for someone approachable, someone capable of dressing up to attend a rally in a leather jacket from when he was at college, or of wearing a turtleneck in a presidential video petting a dog, kissing a hamster, or reading in front of the fireplace. I’m talking about the kind of politician that bases their campaign on getting you to call them up on Sunday saying, “Ok, dude, come over for lunch tomorrow, I’ll make a tomato salad from the vegetable patch and Aunt Mary will bake that apple pie you love.”

However, to pull off such phoniness, the candidate must be ostensibly humble. If it seems to you that ostensible cannot be humble, it is because your vision is tainted by Christianity. Just remember those ad campaigns that tell you, “A hundred years ago on a small family farm, we adapted our grandmother Charlotte’s recipe, and so grew this family business with honest hard work to feed the good people of this here county, caring for our livestock, and putting into each and every yogurt the same amount of tender love with which we pamper our children Hal and Ron, who have grown up here, shepherding our animals, have no cell phone, and still wear traditional sheepskins. This is how we make the best yogurt in the world, envied all over the damn planet, and which we ship to more than a hundred countries, where we have a thousand factories that spit out our super yogurt nonstop, while our bank accounts fill to the brim, until there is no more room for money, and we don’t even know what to spend it on, and we are thinking of getting Jacuzzis for the cows, while we have a whole lot of laughs at the expense of our competition trying to make that ecological yogurt garbage that even cats despise.” When I look at election campaigns, that yogurt seller claiming to be of modest origin immediately comes to mind, emphasizing that he was “born in a small house” on his website as his main claim for acceptance into the homes of the humble.

In regards to nature, don’t vote for someone who is simply concerned about the environment. He could well be an advocate for deodorant sprays that kill bees or worse. Better look for someone who is obsessed with ecology … but with the ecology of others. There’s a prototype. It’s this guy who travels to rallies in a high-pollution private jet plane, meets with farmers, and yells at them that we’re all going to die if they don’t start changing the gasoline in their tractors for an ecological manure–based combustion system. And announces that, in order to save the planet, when he gets to the White House, all gasoline tractor drivers will be executed on ecological gallows and he will give incentives to families to exchange their cars and motorcycles for donkeys. Afterwards, he will check the solar panels of the facility where he has held the rally, he will take a selfie with his thumb up next to a cow fresh from the hairdresser’s, and he will reprimand a security employee for lighting a cigarette — “Do you know how many millions of [insert any stupidity that occurs to you] die so that you can smoke that cigarette?” — about he will rush back to his private jet, making a heart-shaped chem trail in the sky, to land just in time to attend the premiere of a movie directed by a rich Hollywood communist, an environmentalist film about bears slowly drowning on a slab of ice the size of a thong. That’s clearly who deserves your vote.

On top of all this, for the candidate to be a real national disaster, you must choose someone who has promised to strengthen ties with Central America, end the coronavirus pandemic within 24 hours, and who seriously cares about “the Africa issue,” which is a vague enough expression to be touching without anyone knowing or caring what the hell “the issue” is exactly. And if you really want chaos to reign throughout the whole of the Western world, make sure that the candidate is set on promoting “other religions,” which is an expression often used to forcibly Islamize Christian areas without appearing on the news like al-Baghdadi; someone who promises to “trade bullets for flowers”; someone who announces that they will sign big alliances with “our Chinese friends,” something that is only within the reach of humble candidates (please see the yogurt candidate above).

And finally, make sure he “rules from the heart” to “bring out the best” of the Americans who have voted for him; from those who have not, he will take out their livers.

If the guy meets all these requirements, you can confidently vote for him, knowing that you won’t have anything to worry about!