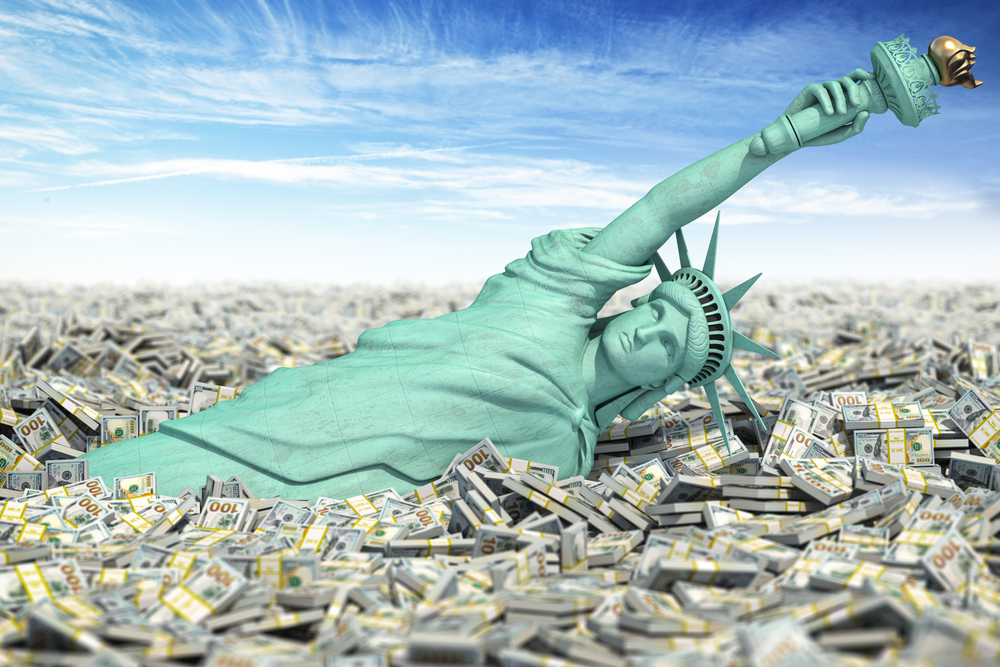 Journalist David Marcus presents an insightful picture of today’s divided conservative movement that cannot be ignored by serious thinkers on the right, especially those who identify with Ronald Reagan, William F. Buckley Jr., and the modern conservatism they proclaimed.

Reagan and Buckley offered a conservatism that fused libertarian institutional means such as free markets and associations but added traditionalist moral ends as the goal, about which I just wrote a book defining this synthesis as an “enduring tension” between capitalism and the moral order.

Rather than describing this tension as enduring, Marcus blithely brushes off this view of fusionism as outmoded, too laissez faire, too establishmentarian and elitist, and too never-Trump, none of which seems accurate to me. But the remainder of his graphic descriptions of today’s multiple right-wing conservative factions ring rather true:

Border Hawks are for America First and nationalism, and against immigration.

The Anti-Media oppose left propaganda with their own mass podcasts and alternative media.

The Catholics of the New Right demand governmental power to enact a Catholic common good.

The Fringe are outside writers and podcasters like Mike Cernovich and Jack Posobiac, who have huge followings but struggle to go mainstream.

According to Marcus, what unifies his diverse factions is that they identify with common people rather than political, media, educational, and cultural elites. This, one might argue, was also true of what Marcus dismissed as old, first-stage conservatism. Its leader, Buckley, regularly said that he would rather be governed by the first 2,000 people listed in the telephone directory than by the Harvard University faculty. Buckley–Reagan conservatism was anything but establishment from the start. It confronted the whole progressive program, including the New Deal itself, and challenged moderate intellectuals and Republican politicians supporting and extending it.

There were also conservative factions of every description from the beginning. Each faction then as now basically represented a narrow oppositionalism that allowed the original fusionist synthesizers to find traditionalist or libertarian elements within faction programs. This provided coherence and leadership with more or less principled accommodations incorporating each. The result was two successful Reagan presidencies and two following decades of fat years. But this led to increasing pragmatism until the economy collapsed in a Great Recession under George W. Bush — a collapse the old progressive institutions could not reverse, the only short exception being an easing of its regulatory burden under President Trump.

Consider that U.S. government domestic spending (Table 3.1) did not reach even $1 trillion (mostly entitlements) until the late 20th century, and still 20 years into the current century merely $3 trillion was barely enough. In his first 100 days, President Biden demanded — with broad public support — $2 trillion more to manage a proper welfare state in a so-called pandemic relief bill. He found it necessary to double that with a $2 trillion “infrastructure” program and almost doubled that amount again in a $1.8 trillion “American Family Plan.” The full $6 trillion will not all pass Congress, but what does will be an historical high and will be piled on top of trillions in Social Security, Medicare, and other health and welfare unfunded entitlements.

This spending spree cannot possibly be sustained and is opposed as inflationary even by Barack Obama’s Treasury Secretary Lawrence Summers, with the potential even to reach destructive stagflation. President Biden claimed to pay for his spending but left funding to future Congresses, which no one expects they will do (since they have not in the past). Paying people not to work cannot help either. All of the accumulating borrowing must be paid by lower private saving and investment or increased foreign borrowing. Lower private investment means lower future productivity, less future output, and lower workers’ earnings. It also means more debt held by foreign nations, which in turn means more dependence on China and unstable debtor nations.

So the progressive myth is exposed. The Federal Reserve promises that it can control the situation. But it cannot explain how even to Congress — because it does not know what to do. As Washington Post’s David Ignatius put it, “The inflationary danger of shooting this firehouse of money into the economy is obvious, no matter what Federal Reserve Chair Jerome H. Powell says.”

After a century of dominance, the old, progressive, New Deal governing philosophy has finally run out of what Margaret Thatcher called “other people’s money” by upending its central economic assumption that markets can be managed by scientific experts operating in central government bureaucracies given sufficient power and funding. My thesis here is that when the absolute failure of this assumption becomes impossible to ignore in an economic collapse, all of Marcus’s factions will be forced to look for fundamental solutions. These can only come from the same source of coherence as for the Reagan revival, and indeed for America’s founding: a pluralist Constitution of Liberty promoting the alternative of free markets and the superiority of private and local decision-making that inspired both Reagan and Buckley.

Actually, most of Marcus’s factions seem to oppose Biden’s madness already, but all their passion and political power will have little to no effect on the outcome. The Republican legislative and party structure will make the arguments, but it is all pretty much up to Sen. Joe Manchin (D-W.Va.) and a handful of other Democrats.

What, then, should conservatives be doing? The factions are correct that a few percentage points more in higher taxes and more regulation will not be the end of the world. Even a little less identity media propaganda will seem minor when the big economic crash comes. But the crash will change everything. A massive stagflation before 2024 could be the Right’s version of the Great Society reaction following the 1964 election, with very large majorities elected to both houses of Congress and thus able to promote historic change.

The coming stagflation is where conservative thinkers and think tanks should be concentrating their efforts rather than on small-bore current policies. They should focus on big issues — ones reposing somewhere in the conservative intellectual pantheon but ignored and not fully thought through because considered too radical to be adopted. A serious stagflation makes them not only practical but essential.

I will present my list of progressive targets in a following article for The American Spectator but will offer a short preview. All of the problems distressing Marcus’s factions grow out of the progressive revolution that placed elite experts in control of government and cultural institutions designed to displace the societal institutions that had previously supported the factions’ values and institutions. The only way forward for them and the nation is to eliminate those restraints and free private and local forces to figure out how to make them work once again.

Donald Devine is senior scholar at the Fund for American Studies. He is the author of The Enduring Tension: Capitalism and the Moral Order, new from Encounter Books, America’s Way Back: Reclaiming Freedom, Tradition, and Constitution, and Political Management of the Bureaucracy. He served as President Reagan’s director of the U.S. Office of Personnel Management during his first term and can be followed on Twitter @donalddevineco1.