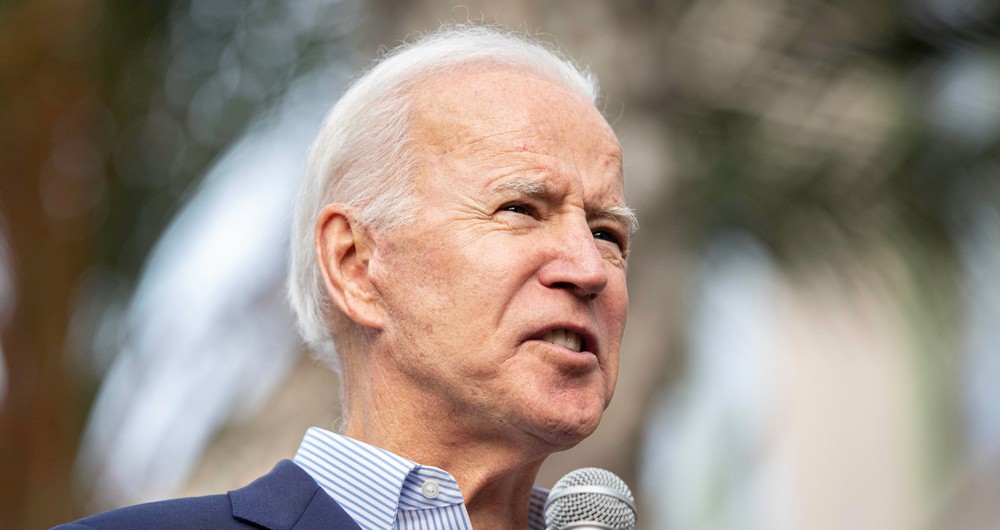 Joe Biden’s campaign bus had a sign on it promising “No Malarkey,” but malarkey was a primary feature of his campaign. It’s not entirely correct to say that Biden’s Thursday evening speech was the equivalent of Jimmy Carter’s infamous “malaise” speech, but it was a pretty thick mixture of malaise and malarkey.

Jimmy Carter’s 1979 “malaise” speech was delivered almost 10 years to the day after we put a man on the moon. In those 10 years, we had gone from energy independence to dependence on Middle Eastern oil. Inflation was rampant, political unrest was almost the norm, and we hadn’t yet recovered from losing the Vietnam War. The country was at peace (five months later, Iranians seized American diplomats and held them until Ronald Reagan was inaugurated), but it was stalled, discouraged, and growing poor.

The energy crisis slowed our economy, and Carter’s speech was about why we weren’t able to solve it. He blamed it on a crisis of Americans’ confidence in solving problems. According to Carter, we had a crisis of confidence in our government, the media, ourselves, and the nation. The solutions he proposed had nothing to do with recovering our confidence and had almost no effect on the energy crisis that existed in his day.

Biden’s speech paralleled Carter’s in so many ways that it could have been written by a Carter speechwriter.

Biden began with a dose of falsehood by taking credit for what Trump had done. He bashed Trump — without mentioning his name — for letting the virus spread with months of delays, denials, and silence. That was a a Big Lie. On January 31, after the first few cases of COVID were detected in the U.S., Trump imposed a ban on anyone entering the country who had been in China in the past 14 days. (Biden denigrated that sort of travel ban as “xenophobic.”)

Biden ignored the fact that had it not been for Trump’s May 2020 “Operation Warp Speed,” which enabled the creation of anti-COVID vaccines in less than a year, we might still not have the anti-COVID vaccine. (It normally takes 10 years to develop safe and effective anti-viral vaccines). This echoed Biden’s February statement to CNN that there was no vaccine when he was inaugurated. In reality, the first anti-COVID vaccine shots were given in December 2020.

You lost your job, you closed your business, facing eviction, homelessness, hunger, a loss of control. Maybe worst of all a loss of hope. Watching a generation of children who may be set back up to a year or more because they’ve not been in school because of their loss of learning. It’s the details of life that matter the most, and we miss those details, the big details and the small moments, weddings, birthdays, graduations, all of the things that needed to happen but didn’t.

He said Americans were owed the truth, but then kept spreading lies and depression:

That’s why I’m using every power I have as the president of the United States to put us on a war footing to get the job done. Sounds like hyperbole, but I mean it, a war footing. And thank god we’re making some real progress now. In my first full day in office, I outlined for you a comprehensive strategy to beat this pandemic. We’ve spent every day since attempting to carry it out.

Of course, Trump put the economy on war footing last May. He used the Defense Production Act to help propel Operation Warp Speed and demand, at government order, the production of vaccines, personal protective equipment, and ventilators. Biden mentioned none of that.

Biden’s speech was a celebration of Congress passing his $1.9 trillion “stimulus” bill, which was the largest expansion of the welfare state since Lyndon Johnson’s “Great Society” programs. More than 95 percent of the $1.9 trillion are going to be spent on things that have nothing to do with fighting the pandemic.

The “stimulus” sends hundreds of billions of dollars to state and city governments that had effectively bankrupted themselves by overspending. It expands Obamacare by increasing its subsidies. It boosts unemployment benefits by $300 per week and increases the child tax credit for most families. Most adults will receive $1,400 per person. Biden is just buying votes.

The aid for schools — about $350 billion — won’t take effect until next year. Biden still refuses to call for schools to reopen so that parents can get back to work. And then there’s a ton of pork. The Democrats have revived the old “earmarking” system by which individual members can designate funds for spending in their states and districts as well as their favorite federal pork projects. The pork is what raised the cost of the bill to $1.9 trillion. There are too many examples to list here, but a few will suffice.

Just outside Nancy Pelosi’s district is the South Bay BART subway system, which will receive about $141 million from Biden’s “stimulus” bill. There’s $50 million for “family planning” — i.e., abortion funding — and grants to the Kennedy Center for the Performing Arts in Washington, D.C. There’s $852 million for AmeriCorps, AmeriCorps Vista, and the National Senior Service. Chuck Schumer stuck in an earmark of $1.5 million for the Seaway International Bridge from New York to Canada.

Biden said that every American should be eligible for vaccines by May 1. He didn’t say that every American would get the vaccine by then, but he said we should be able get them by July 4, creating a new “independence day,” and once again be able to hold barbecues to celebrate. As if we won’t unless he gives us permission.

But — and there’s always a “but” — Biden said that if we don’t follow government directions, he would reinstate economic restrictions even after people are vaccinated: “if we don’t stay vigilant and the conditions change and we may have to reinstate restrictions to get back on track, please, we don’t want to do that again.”

Biden said that “in the coming weeks, we will issue further guidance on what you can and cannot do once fully vaccinated to lessen the confusion, to keep people safe, and encourage more people to get vaccinated.” His favorite expert, Dr. Fauci, said that he might even admit that vaccinated people cannot carry the disease.

Biden’s message was that we all have to follow the government’s dictats, even when they make no sense. States such as Florida and Texas, which have reopened their economies while dealing effectively with the pandemic, went unmentioned.

So was the crisis at the border, which Biden doesn’t admit is happening. Illegal immigrants are crossing the border at the highest rate since 2006. The Customs and Border Patrol is so overwhelmed that DHS Secretary Alejandro Majorkas asked for volunteers to help them. Texas Gov. Greg Abbott has deployed his own border forces to protect his state because the feds won’t.

Biden didn’t admit that many illegal immigrants coming into the U.S. can spread COVID-19. While most of them aren’t even tested for COVID before they are released into the general population, one group that was tested had 25 percent who were infected.

Biden claims he wants to be honest with the American people. He could start with telling us what his policy is with respect to border security. Right now, the borders are open. That’s his policy until he says otherwise. A country unwilling to enforce its borders is not a sovereign nation.

Biden’s speech was, like Carter’s, a malarkey sandwich with a thick layer of malaise on top. He will — to the degree he is even conscious of it — agree to more “stimulus” spending, more pork, and little or nothing to deal with the real problems that face our nation.