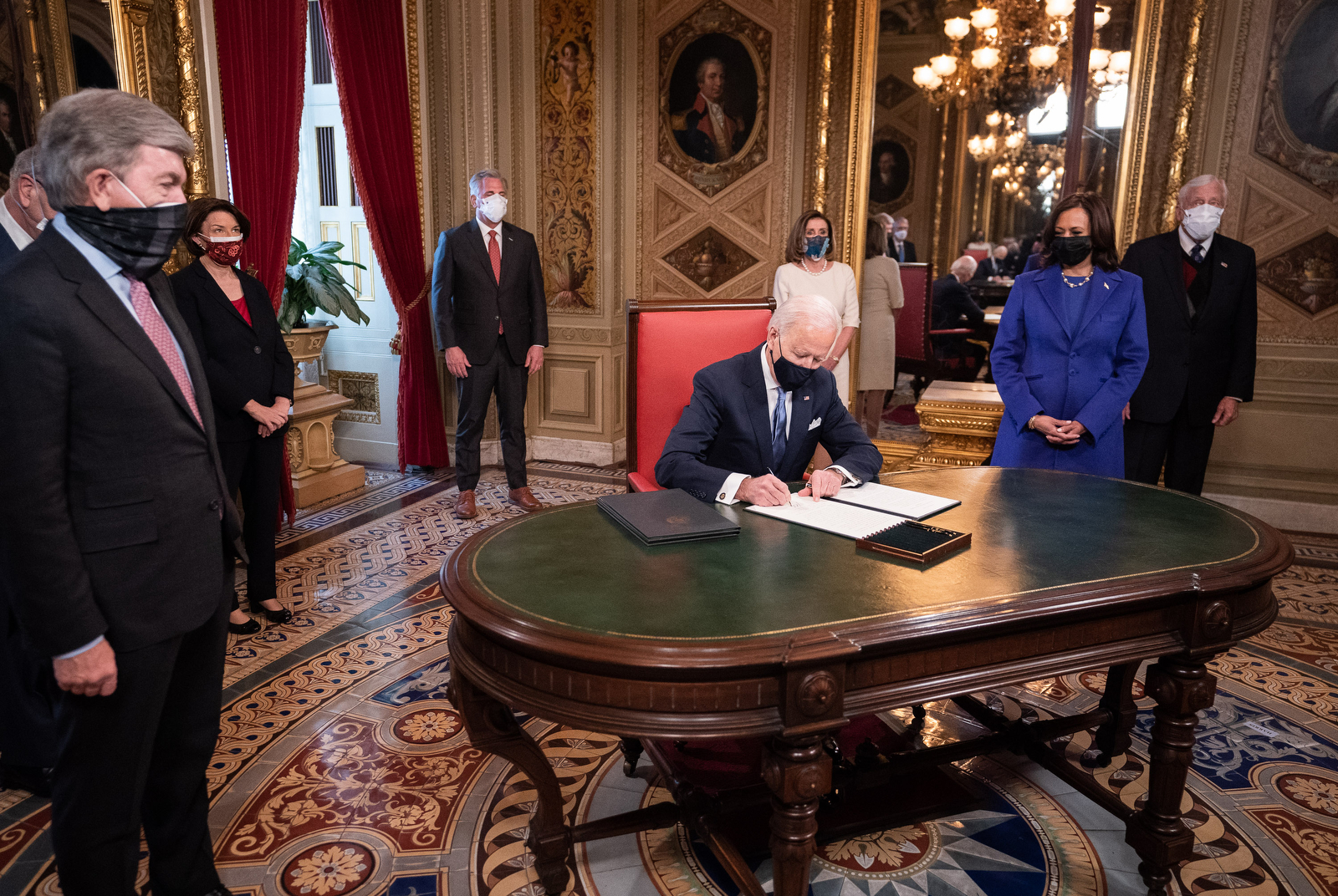 The Biden administration proposed more than eight hundred new regulations in its first four months in office. These new rules, which will have the force of law if adopted, were issued by seventy-nine different agencies, from the Agency for International Development to the Workers Compensation Programs Office. The three most prolific of the bunch were the Federal Aviation Administration (215), Environmental Protection Agency (188), and Federal Communications Commission (64).

To be sure, many of these proposed regulations are unobjectionable. For example, most of the Federal Aviation Administration (FAA) proposed rules are mere adjustments of existing air space use rules or changes that aim to reduce the odds of catastrophic aircraft accidents due to mechanical failures. And who will care whether or not the Federal Communications Commission agrees to Sinclair Media’s request for “the substitution of channel 15 for channel 7 at Redding, California in the DTV Table of Allotments”?

But other Biden regulatory actions have sparked political outcries, and deservedly so. The Department of Education (DoE) offers a particularly egregious example with a regulation that would inject wokeness into a civics and American history grants program. The regulation opines that “COVID-19 — with its disproportionate impact on communities of color — and the ongoing national reckoning with systemic racism have highlighted the urgency of improving racial equity throughout our society, including in our education system.”

Hence, the DoE proposes to favor grant applications that would fund teaching that “reflect[s] the diversity, identities, histories, contributions, and experiences of all students [to] create inclusive, supportive, and identity-safe learning environments.” To get the money, applicants “must” show their teaching would “take into account systemic marginalization, biases, inequities, and discriminatory policy” and meet various other liberal criteria.

Kooky regulations like this one have drawn a lot of attention. Less commented upon is the Biden administration’s rollback of Trump’s attempt to curb the regulatory state’s relentless growth.

Donald Trump opened a multi-front battle against regulation upon entering office in 2017. He started his deregulatory push by announcing a temporary pause to all proposed regulations that had been initiated under President Barack Obama. Trump also began withdrawing various major regulations issued by his predecessor. Marquee regulatory actions, such as net neutrality, the Clean Power Plan, and the Waters of the United States rule, were axed.

Trump’s arrival at 1600 Pennsylvania Avenue also elicited deregulatory efforts from Capitol Hill. GOP legislators revivified the Congressional Review Act (CRA), which had been little used since its creation in 1996. This law creates a fast track for legislators to send rule-killing bills to the president’s desk. With a willing partner in the White House, the GOP sent sixteen CRA resolutions to Trump.

In order to make a real and lasting impact on the size of the corpus of federal regulations, Donald Trump issued an executive order that stipulated that each executive agency had to delete two regulations to be permitted to create one new regulation. Trump augmented this “two for one” proposal with the mandate that agencies establish regulatory budgets. Wonks for decades had advocated that America adopt regulatory budgeting, which is used in other nations like Denmark and Canada. This scheme makes agencies price out the benefits and costs of the regulations they issue and keep within their spending caps. Trump’s executive order demanded agencies establish regulatory budgets by 2018 and tally an annual cost of zero.

Together Trump’s deregulatory policies had the potential to make a real dent in the administrative state, which grows relentlessly. On average, the executive branch finalizes four thousand rules each year and proposes another 2,700, and the number of pages of federal regulations grew by ten thousand in the second term of the Obama presidency alone.

As if these deregulatory actions were not enough, the Trump administration also took on “regulatory dark matter.” When agencies make rules, they are supposed to follow the regulatory process required by the Administrative Procedures Act of 1946. Unfortunately, that act does not extend to various forms of guidance issued by agencies that have the effect of rules. For example, Obama’s Department of Education issued a “dear colleague letter” to America post-secondary institutions that explained its new interpretation of Title IX and its application to transgender students. Often these edicts are not made widely available, which makes them all the more problematic from the perspective of those of us who believe in democratic self-governance.

Trump’s Executive Order 13891 told agencies to “treat guidance documents as non-binding both in law and in practice,” which amounts to “Don’t sue anyone for noncompliance.” His mandate also required the government to establish a “single, searchable, indexed database that contains or links to all guidance documents in effect from such agency or component.” Regulatory dark matter would be brought into the light of day.

Altogether then, Trump’s deregulatory agenda was ambitious. Indubitably it was marred by some stumbles along the way. There were for example, some conceptual confusions in his regulatory budgeting executive order. Trump’s inability to stay focused on any one issue for any length of time meant that implementation of these efforts flagged at points. Any chance that deregulation would take was eliminated by Trump’s failure to push Congress to cement these policies into law in his first two years, when the GOP controlled both chambers of Congress.

Regardless, one can be sure of one thing: none of these actions would have been taken during a Hillary Clinton presidency.

President Joe Biden has quietly made it clear that he wants to undo this deregulation. He issued a sprawling executive order on his first day in office that included the abolition of Trump’s “two for one,” regulatory budgeting, and regulatory dark matter mandates.

Biden’s and congressional Democrats’ enactment of massive new spending legislation will of necessity spawn more regulations to interpret its implementation. They have begun to put the Congressional Review Act to work for them. In late April, the Democrats struck down a Trump rule that eased an Obama mandate about methane, a greenhouse gas. With Hill Republicans showing hostility to many of the administration’s big plans, Biden may well try to achieve his goals by cranking up his regulatory machine. Obama did the same when his legislative proposals were rebuffed, unleashing his “pen and phone” approach to governance.

Yet Biden may not be able to entirely reverse Trump’s deregulatory legacy. With the advice and consent of the Senate GOP, Trump installed 234 judges on the federal bench. Some of them will hear cases involving agency regulatory actions and are skeptical of agencies wielding legislative power in the form of regulation. “Biden and his agencies will face legal headwinds that Obama and his agencies didn’t,” Adam White, an attorney and expert on the administrative state at George Mason University’s Antonin Scalia Law School and the American Enterprise Institute, told the Wall Street Journal recently. Already, Trump-appointed judges have blocked Biden policies related to immigration and evictions. More regulatory rebuffs are sure to come.

Kevin R. Kosar (@kevinrkosar) is a resident scholar at the American Enterprise Institute.