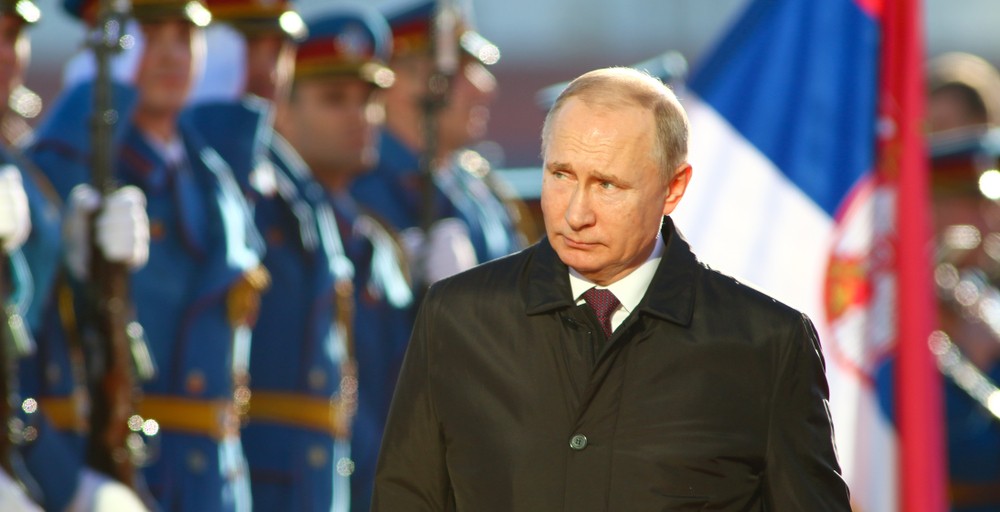 Three months after calling Russian President Vladimir Putin a “killer,” President Biden has sought and obtained a meeting with him. White House Press Secretary Jen Psaki said that the meeting, which will take place on June 16 in Geneva, is aimed to “restore predictability and stability” to U.S.–Russian relations.

If that’s the goal, the meeting needn’t be held. If we set aside Biden’s name-calling episode in March, we can’t find any unpredictability or instability in that unfortunate relationship. Biden is enabling Putin to eat his lunch so often that Putin — like Chinese President Xi Jinping — can afford to be picky about what’s on the menu.

What should be on the menu would be several topics that Putin would find unappetizing, beginning with the Belarusian hijacking of a Ryanair flight from Greece to Lithuania by a Belarusian fighter forcing it down in Belarus when it flew through Belarusian airspace. Roman Protasevitch, a prominent journalist and opponent of Belarusian dictator Alexander Lukashenko, was arrested (along with his girlfriend) when the plane landed.

Putin, in a yacht tour near the Russian Black Sea resort of Sochi, embraced Lukashenko warmly after the Ryanair hijacking. He’s not about to force Protasevitch’s release even after the uproar in Europe caused by the hijacking.

When the arrest occurred, Secretary of State Antony Blinken demanded Protasevitch’s immediate release. That demand should be at the top of Biden’s agenda for the meeting. It may be mentioned, but Biden won’t try to push Putin because he values “stability and predictability” — and climate change, trade, and other items on his agenda — far more than human rights.

Biden is, predictably, preemptively caving in to Putin before the meeting.

For example, Biden has waived the Trump-imposed sanctions on the construction of the Nordstream 2 pipeline, which will bring Russian gas to western Europe, primarily Germany. It will make Germany more dependent on Russian energy, the supply of which can be cut off whenever Putin believes it necessary to push the European Union further into appeasement.

Energy Secretary Jennifer Granholm objected to Biden’s sanctions waiver, but not because construction of the pipeline makes Europe dependent on Russian gas supplies. She objected because the pipeline would be bad for climate change despite the fact that pipelines are far more environmentally sound than any other method of gas and oil transportation.

The inconsistency between killing the Keystone XL pipeline — thereby killing thousands of American jobs — and easing the construction of the Nordstream pipeline is evidently lost on Biden and Granholm.

The next item that should be on Biden’s agenda for the meeting should be Russia’s responsibility for the “Solar Winds” cyberattack that began long before it was detected in December of last year. That cyberattack, against U.S. government agencies, revealed to the Russians everything except, perhaps, our most closely guarded intelligence information.

If that weren’t enough to encourage Biden to impose strong sanctions on Russia (though he did impose minor sanctions), another Russian cyberattack against a U.S. government agency — this time USAID — should be. The latest attack, revealed on May 28, evidently gave Russia the ability to read not only the USAID emails but also gave it access to recipients’ computer networks.

That attack was enough to compel even Senate Democrats to demand last week that Biden impose further actions against Russia in advance of the June meeting with Putin. But, so far, Biden has remained silent on them.

The Biden White House downplayed the severity of the latest attack, saying only that it was business as usual in the cyberworld. So it will be unless Biden takes stronger actions against Putin.

Biden’s implicit approval or consent to the ransom payment by Colonial Pipeline to “DarkSide” — cyberattackers based in Eastern Europe who may be tied to the Putin regime — has made it clear to the world that it’s open season on U.S. infrastructure. (When asked if he was aware of the ransom payment by Colonial, Biden answered, “No comment.”) There soon will be other ransomware attacks by China, Russia, North Korea, and Iran.

And then there’s Ukraine.

Russia’s revanchist war to conquer Ukraine began in 2014, when it attacked, conquered, and then annexed the Crimean Peninsula. It has been trying to conquer the rest of Ukraine ever since, its troops and “little green men” — supporting a Russian-backed force of Ukrainian separatists — fighting irregularly in eastern Ukraine.

In April, Russia began another round of the war by massing more than a hundred thousand troops — supported by combat aircraft and tanks — on Ukraine’s eastern border in an attempt to intimidate Ukraine into ceding the Donbas region.

Biden assured Ukrainian President Volodymyr Zelensky of our “unwavering support,” and Blinken said there would be “consequences” if Russia engaged in “aggressive behavior.”

But, of course, there were no consequences. Putin made a show of withdrawing some troops a short distance away. Now he is biding his time to see what Biden says in the June meeting.

Biden should be — and isn’t — sending military supplies to Ukraine. “Unwavering support” apparently means that nothing but words will be supplied to the besieged Ukrainians.